Succeeding the work by Sarah Koenig in the Serial podcast, The Case Against Adnan Syed pursues Syed's long debated innocence after the murder of Hae Min Lee in 1999

The Case Against Adnan Syed, Sky Atlantic review 4 The Case Against Adnan Syed, Sky Atlantic review Euan Franklin
A teenage girl, who would be murdered, wrote in her diary: ‘Do enter at your own risk’. The diary belonged to Hae Min Lee, a Korean school girl living in the U.S. city of Baltimore. She was left strangled and buried under a forest in Leakin Park in 1999. Lee’s ex-boyfriend Adnan Syed was controversially convicted of her murder in 2000, and Syed's close friends and family have tried to prove his innocence ever since.

In recent years, the immensely popular true-crime podcast Serial gave the case to a wider audience. It's since been downloaded over 175 million times, enabling 'armchair detectives' to post their own detailed theories. As with the morbid popularity of true crime stories, kickstarted by Serial’s success, obsession and sympathy and horror naturally follow.

The Case Against Adnan Syed, Amy Berg’s new HBO documentary about the case, opens with that diary entry. ‘Do enter at your own risk’ is like a warning: this story might take over your life, as it has many others. 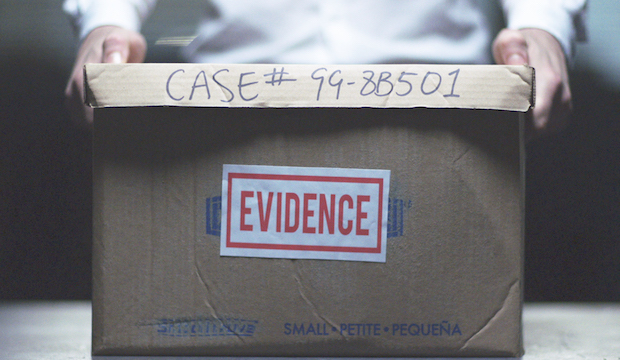 The Case Against Adnan Syed is a simple, visual adaptation of the podcast

In many ways, The Case Against Adnan Syed is a simple, visual adaptation of the podcast with some more recent developments attached. Berg provides an in-depth recap of the case and proceeds beyond where the podcast abruptly ended, exploring Adnan’s hearing in 2016 as well as the private investigation conducted by Quest Research and Investigations (QRI).

There are interviews with school friends of Lee and Adnan, sometimes jumping back to their court testimonies in 2000. Many refute what they said in the trial, highlighting the numerous holes in Adnan’s case, and all of them don’t remember exact details.

Berg captures this enticing and doleful ambiguity, the pain rising in every scene as we know these inconsistencies will lead to a dead end. Rabia Chaudry, a lawyer and family friend to the Syeds, has been devoted to Adnan’s case for 20 years. And despite winning another hearing, the chances of Adnan’s release are slim. It’s a heavy toll, exemplified as she says ‘this ambiguity will always haunt us’. 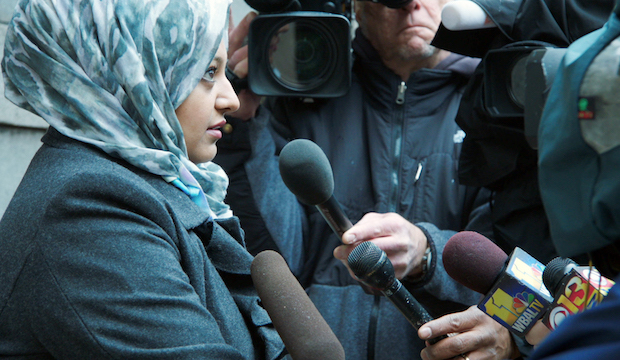 Rabia Chaudry, interviewed after being removed from Adnan Syed's hearing in 2016

Despite Serial’s elegant storytelling by journalist Sarah Koenig, Berg crafts a more vivid depth to the story. The animations are key to this, drawn straight from Hae Min Lee’s diary entries. Animation director Sara Gunnasdóttir is careful to capture Lee’s state of mind, which, on the surface, doesn’t seem too different from many other teenage girls. But we dive deeper and realise there’s understandable upset behind her adolescent words.

These poetic pictures can be joyful, even funny, but there’s an obvious darkness to them. Lee and Adnan’s loving relationship, their time at the prom, and her new love for ‘Don’ are woefully shrouded in the knowledge that she will die. This is something the podcast could never dream of crafting.

The Case Against Adnan Syed ticks all the true-crime boxes, and provides something more. There’s the classic participatory intrigue about specific details: was the initial witness statement true? was Adnan violently possessive of Lee? were the police forcing Adnan’s prosecution? These questions, and many many more, provide obvious entertainment value – but Berg offers a viciously emotional edge to it. There isn’t much new to offer the devoted Serial listener, but this documentary makes the story more tangible and more penetrative.

The Case Against Adnan Syed