Gold Digger follows the unconventional relationship between 60-year-old Julia (Julia Ormond) and thirty-something Benjamin (Ben Barnes). But her family isn't happy about it...

This isn't not often seen in mainstream TV or cinema, especially not with a female lead who’s as refreshingly genuine as Julia Ormond (Howards End, Mad Men). But, almost immediately, Dickens relaxes that initial consciousness-raising objective; preferring instead to concentrate on the family's paranoia. She even joins them. 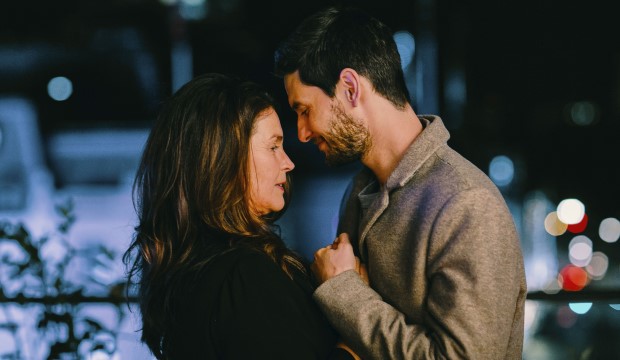 Julia Day (Julia Ormond) starts a romance with Benjamin (Ben Barnes), who's 26 years younger than her

It’s easy to get tricked into this series and, despite the ludicrous writing, it never drags. Jean-Philippe Gosart’s beautifully grey and miserable visuals are seductively British: locations get caught in rain or mist or dimmed restaurants. We begin with Julia in a wedding dress, looking beat up, escaping from her house in Devon for mysterious reasons.

We flash back to one year before, as Julia's 60th birthday comes up and none of her children come to celebrate. She strolls into the British Museum, where she meets the dashing and vaguely geeky Benjamin (Ben Barnes) — kick-starting their unconventional relationship.

But this impulsive defiance of convention dissipates quickly once realising that Benjamin (who likes his name to be specifically ‘Benjamin’ and never ‘Ben’) clearly mirrors the family's fears as an unhinged man. His attraction to her isn’t even awkwardly cute; it’s very untrustworthy, possessing the weird vibes of a serial killer (albeit an attractive one). 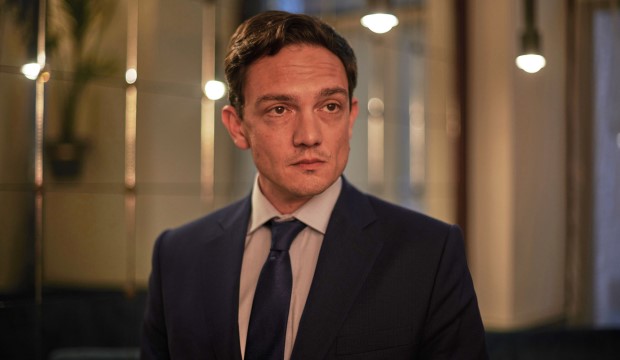 This takes a darker, tenser turn as the children get involved. Julia's yuppie eldest son Patrick (Sebastian Armesto), especially, is an embarrassing picture of Freudian jealousy when he’s told about his mother's romance. Julia gathers her kids for dinner at a restaurant to break the news, and the repressed anger ripples across the table. It's fun to watch each individual reaction.

Her flighty daughter Dalla (Jemima Rooper) is a bit more empathetic; while the layabout Leo, who still lives with Julia, treats Benjamin with the most suspicion. Vanessa Caswill’s sharp direction shines through here and this scene grows into an absorbing power-play. 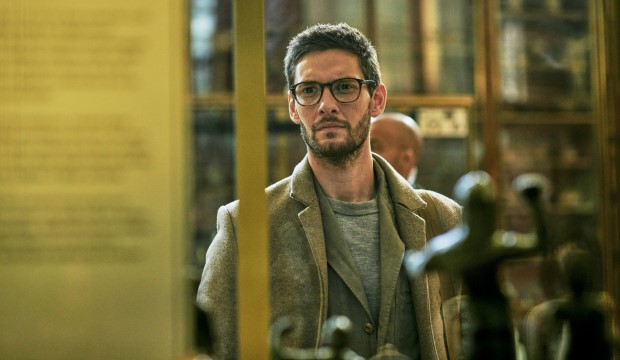 Benjamin (Ben Barnes) is too untrustworthy

Perhaps Benjamin's strange idiosyncrasies are meant to be deliberate diversions: Dickens making us doubt his motivations like Julia's children. But when he says, ‘I’m not some weird stalker who’s gonna follow you home and strangle you for rejecting me’, that doesn't inspire much trust. Instead of leaving the museum straight away after hearing that threatening and poorly written line, Julia goes for a drink with him.

For a drama that purports to reveal and scrutinise the prejudices around older women dating younger men, Gold Digger really doesn’t paint the Other Man in a hopeful light. With the USP lost and dull dialogue littering every scene, the first episode digs plenty but doesn't strike gold.

Gold Digger airs Tuesday 12 November at 9pm on BBC One