From the thrilling reunion of Martin Scorsese and Robert De Niro in The Irishman to Timothée Chalamet rocking royalty in The King, Netflix in November is filled with dark menace 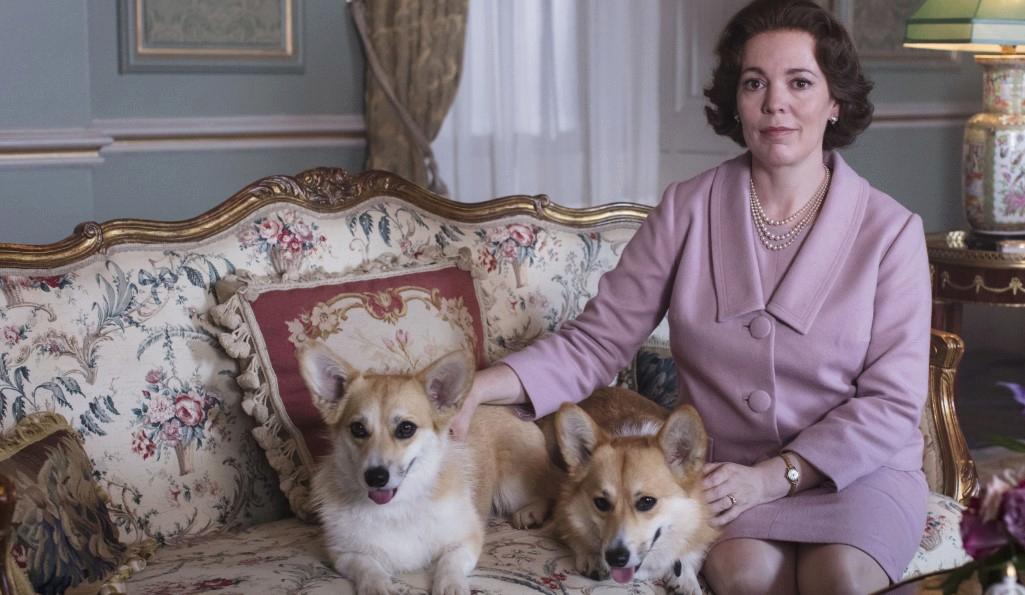 For most cinephiles, this is the movie event of the year; maybe of the last 30. Martin Scorsese – one of the most important directors in film history – continues to make movies into his 70s, but The Irishman proves to be his most anticipated project in decades.

Scorsese reunites with Robert De Niro, Joe Pesci, Harvey Keitel (recalling their glory days of Taxi Driver, Raging Bull and Goodfellas) and the Godfather himself, Al Pacino. A lot of money ($100 million) and expectation rides on this Netflix project.

Thankfully, The Irishman doesn’t disappoint. This epic crime drama follows the illegal tales of mobster hitman Frank ‘The Irishman’ Sheeran (De Niro), and his personal relationship with union leader Jimmy Hoffa (Pacino) before the latter’s disappearance. The story sprawls over a long three-and-a-half hours, recounting more than 50 years of American history, but Scorsese knows how to engage his audience; and with a subtler, less bloody approach this time.

There are clumsy moments: it's too long, the battle scenes are derivative, and Robert Pattinson’s French accent borders on Monty Pythonesque mockery. But Timothée Chalamet, playing the titular King Henry (or ‘Hal’), shows his potential for playing more Shakespearean roles – even if his affected English voice leaves a little to be desired.

It’s been a long time coming. Season three has taken two years to arrive on the screens of Netflix, but we're sure it's worth the wait.

Claire Foy has handed her crown to Olivia Colman, and we can’t wait to see her in action – especially after seeing her as Queen Anne in The Favourite.

This mad, Bonnie and Clyde-like serial killer series made bloody waves when it aired on Channel 4. After being snatched up by Netflix the following year, The End of the F***ing World enjoyed an even wider, more international reputation. And despite being intended as a one-off miniseries, a second season was inevitable.

So, what’s going to happen? Well, very few hints have emerged. Jessica Barden – who plays Alyssa, the female half of the show’s psychopathic relationship – posted a photo of her wearing a white wedding dress. What does that mean?

But the key question is: did James (Alex Lawther) survive after being shot at the end of season one? We can’t wait to find out.

As Quentin Tarantino’s career approaches a final, bloody fade-to-black – this year’s Once Upon A Time in Hollywood reportedly being his penultimate film – it’s worth (re)visiting where it all began.

Reservoir Dogs, his first film, is unmistakably Tarantino: the long pop-culture dialogues, the gloriously musical violence, and innovative narrative structure predicted his eventual staple position in film history. Arguably more entertaining than his much more popular Pulp Fiction, Reservoir Dogs is more than a cutting, intelligent heist thriller; it's one of the greatest film debuts of all time.

After Ava DuVernay’s harrowing racial drama When They See Us hit Netflix in May, the TV zeitgeist seemed to shift again. The four-part limited series exposed harsh truths about the most inhuman aspects of society. American Son, adapted by Christopher Demos-Brown from his Broadway play, attempts the same inside a dark and rainy police station in Miami.

Kerry Washington stars as Kendra, the mother of missing teenager Jamal. She struggles to piece together the reasons for her son’s disappearance, but it's likely that he’s died at the hands of the police.

Just when true-crime appears to be drying up, Netflix delivers yet another extraordinary docuseries to whet the appetites of armchair detectives around the globe.

The Devil Next Door tracks the case of John Demjanjuk, an autoworker in Cleveland, Ohio, who was accused of being a notorious Nazi guard in the Treblinka, Majdanek and Sobibor death camps (nicknamed ‘Ivan the Terrible’). But his family continues to refute the claims, even after his death in 2012.

The film stars Alicia Vikander (Tomb Raider) as Lucy Fly, an Swedish expat in Japan with many secrets to hide. After her missing friend Lily (Riley Keogh) turns up dead and in pieces, the police take Lucy in. During their interrogations, she ruminates on her passionate relationship with the creepy photographer Teiji (Naoki Kobayashi), which connects to her friend’s murder. Expect no easy answers with this one.

Last year’s Dumplin’, starring Jennifer Aniston, re-ignited the love for country singer Dolly Parton on a streaming format. But Netflix wasn’t content to leave it at that. This year, they’re plunging deep into the hits that made Dolly a legend.

Dolly Parton's Heartstrings is an eight-part anthology series, with each episode adapted from one of Dolly’s songs; exploring the the stories, memories and inspirations behind them. This includes Jolene (of course), which wraps around the tale of a free-spirited woman in Georgia who becomes a singer-songwriter. Heartstrings is a must for any fans of Dolly, country music and music full-stop.

The Pitches are back for one last farewell tour! Most of the Bellas have now left uni and got jobs, but inspiration hits and they return to singing acapella together – only this time, it’s across continents.

It transpires that Aubrey (Anna Camp) can get the Bellas into the United Services Organisation (USO) tour, performing for military troops around the world. And one of the groups will be selected to support DJ Khaled on stage: a once-in-a-lifetime opportunity. But Beca (Anna Kendrick) is suddenly talent-spotted away from the other Bellas. Will she pursue her dream without the Pitches who led her there?

Many were keen to dismiss the remake of the 1995 cult classic Jumanji as another desperate copy, altered slightly for a modern audience. Jumanji: Welcome to the Jungle can’t avoid those criticisms, but neither was it a failure; in fact, it was a surprising commercial success.

Boasting the comedy talents of Dwayne Johnson (aka The Rock), Karen Gillan, Jack Black, and Kevin Hart, the remake swaps the board game for a 90s gaming console. Four teenagers find the console and are promptly swallowed into the treacherous Jumanji jungle, each sporting desirable and undesirable avatars. The sequel, The Next Level, is coming this Christmas.

2016 saw the releases of two comedies with disenchanted mums: Motherland on BBC Two and the all-star, Hollywood comedy Bad Moms starring Kristen Bell and Mila Kunis. Both show the horrors of motherhood, with the constant juggling of so many things at once that it becomes unsustainable.

The Bad Moms sequel, A Bad Moms Christmas, shows the breaking points of three mums during the holiday season. Along with all the stresses of Christmas preparations, the mums’ mothers unexpectedly come to visit. This proves to be the final straw for Amy (Kunis), Kiki (Bell), and Carla (Kathryn Hahn) who, once again, run away from their problems to get drunk and have raucous, irresponsible fun. Susan Sarandon also stars.

Picture a typical Christmas landscape and it’s probably littered with snow, presents, and Santa Claus figures – essentially the New Yorker vision. That is decidedly not the case for the jilted Manhattanite Kate Conrad (Sex and the City’s Kristin Davis), who flies solo to Africa after being dumped by her husband and extends her trip into the holidays.

Predictably she meets a hunky American man on her travels, a pilot who saves baby elephants in his spare time. It’s really no surprise that she decides to stay, especially as the said hunk is played by Rob Lowe.

The unquestionable stars of overpriced noughties comedies, Vince Vaughn and Owen Wilson, rock up in 2005’s Wedding Crashers. Best friends John (Wilson) and Jeremy (Vaughn) are the masters of turning up, uninvited, to weddings in order to get drunk and sleep with single women. They attend one wedding to rule them all, but this leads to unexpected circumstances – one of which is John falling in love.

Strangeness is grafted to animation like a vital organ, travelling into the depths of oddball imaginations. With the likes of bizarre but mature Netflix cartoons like Disenchantment, BoJack Horseman and Big Mouth, surrealism is an expected staple.

But the recent Cannes-winning I Lost My Body explores an even weirder concept, with a story told from the memories of a severed hand. The hand belongs to Naoufel (Hakim Faris), a shy Moroccan teenager in Paris, who falls for a young librarian and tries to get close to her. Expect a baffling journey with a strong heart.

Even after nearly 90 years, Dr Seuss continues to dominate children’s book sales – even surpassing JK Rowling as the most-read children’s author. The Cat in the Hat is the best known, closely followed by Green Eggs and Ham, which follows a man named Sam-I-Am who refuses to eat green eggs and ham.

Jared Stern (The Lego Batman Movie) takes Seuss’s much-loved concept for the latter and expands it into 14 bite-sized episodes for Netflix. The inventor Guy-I-Am (Michael Douglas) persuades his friend Sam-I-Am (Adam Devine) to venture on a road trip to save an endangered animal from the zoo. Could that be Horton, who once heard a Who?