Diana, Our Mother: Her Life And Legacy, ITV documentary

Nearly 20 years on from their mother’s death, Prince William and Harry open up about their family in a new documentary on ITV

TRY CULTURE WHISPER
Receive free tickets & insider tips to unlock the best of London — direct to your inbox
In a recent interview with Telegraph journalist Bryony Gordon, Prince Harry discussed his struggle to maintain his mental health following the death of his mother. This new ITV documentary follows similar themes, exploring the boys’ feelings surrounding the sudden death of their mother when William was only 15 and Harry 12.

Twenty years on, the two Princes reveal their deep regret was that their last conversation was a brief phone call with Princess Diana in Paris, that was cut short because they were busy playing with their cousins in Balmoral (the Queen’s Scottish estate).

‘Harry and I were in a desperate rush to say ‘goodbye’, ‘see you later’ and ‘we’re going to go off’… if I’d known what would happen I wouldn't have been so blasé about it. But the phone call sticks in my mind quite heavily,’ says William. 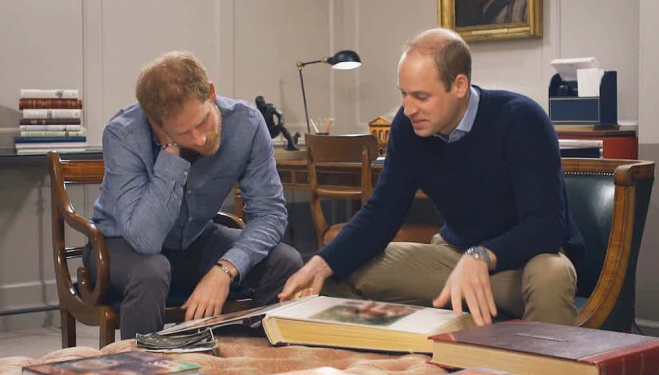 Harry has admitted he grew up thinking ‘not having a mother was normal’ and has only cried twice since the death of Diana, the first time being when she was buried on an island at Althorp, her family’s ancestral estate.

Diana is revealed of having repeated told the boys ‘you can be as naughty as you want – just don’t get caught’.

Speaking openly about his mother for the ITV documentary, William told journalists the experience was ‘daunting’ at first but part of a ‘healing’ process and hoped it would remind the public of his mother’s achievements and warmth.

‘We won’t be doing this again – we won’t speak as openly or publicly about her again, because we feel hopefully this film will provide the other side from close family friends you might not have heard before, from those who knew her best and from those who want to protect her memory, and want to remind people of the person she was,’ said William.

Diana, Our Mother: Her Life and Legacy is broadcast on ITV on Monday 9pm

Our Mother: Her Life And Legacy