The most miserable thing on TV: Netflix's Ozark is the grim, violent, and morally reprehensible series that's the next Breaking Bad

Ozark Netflix review: 4 Ozark Netflix review: Helena Kealey
Looking to become deeply depressed about the state of humanity? Just load up Netflix, there's a world of unhappiness awaiting you. Many worlds, in fact. Breaking Bad, Narcos, Gypsy, House of Cards... there are countless nasty characters ready to do something horrible for your viewing pleasure.

Of all the bleak shows you could be watching, few can compare in sheer misery value to Ozark, which is one of the most cynical and unremittingly grim series available. The 10-episode show, created by Bill Dubuque, comes out on Netflix this Friday.

Unsurprisingly, Ozark is being marketed as the next Breaking Bad; it's based around a similar idea: a middle class, dysfunctional family gets embroiled in a world of criminality and violence, and digs in deeper.

TRY CULTURE WHISPER
Receive free tickets & insider tips to unlock the best of London — direct to your inbox
Marty Byrde (Jason Bateman) is a financial adviser who, alongside his partner Bruce (Josh Randall) has been laundering money for Del (Esai Morales), the head of a notoriously violent drug cartel. Del gets wind that someone has been skimming money off the top of the 'laundry basket'. He rocks up with a small army of blood-thirsty gangsters and shoots someone through a bathroom door like Oscar Pistorius.

Where Breaking Bad waited at least a couple of episodes before dissolving its first body in acid, Ozark gets straight on with it. Fizz, go the bodies. Bang, go the guns. Slam, goes Marty's wife Wendy (Laura Linney)'s lover onto the concrete pavement.

Marty does some quick talking, and strikes a deal with Del. Not only does he promise to replace Del's money and turn a vast profit from money laundering, but he claims he can do so within days of relocating his family to the shores of Lake of the Ozarks. Improbably, Del agrees.

Marty brings his dysfunctional family with him. There's Wendy of course, who once worked on Barack Obama's state Senate campaign in Chicago; their angry, disobedient teenage daughter Charlotte (Sofia Hublitz); and their wide-eyed younger son Jonah (Skylar Gaertner) who has a predilection for pulling the intestines out of dead animals. Unfortunately, the local hillbillies turn out to be violent heroin manufacturers, immune to Marty's sweet talk.

Breaking Bad had the mystical ability to be both terrifying and funny. Unfortunately, Ozark doesn't have time for levity. There are too many threats to be made and nasty blow-jobs to be handed out. It was a wasted opportunity not to have used any of Jason Bateman's expert comedic timing – honed in Arrested Development.

But, those looking to get their fix of law-breaking, murderous criminals; nasty sex and toothless, violent Americans, are well rewarded. Everyone in Ozark seems to be engaged in a competition to prove themselves the most repugnant person of all. Wendy is busy conning a real estate broker, Marty teaches his son all about the practice of money laundering, there's a preacher and his wife who are quick to get involved in dirty dealings and, throughout, there's a callous, murderous Ruth Langmore (Julia Garner) who runs around locking her family in bobcat cages, outwitting everyone, and wishing them all dead. And then, of course, there's Del.

It's not quite as brilliant as Breaking Bad but Ozark is good. Just don't expect to come away from it feeling optimistic about your fellow man. 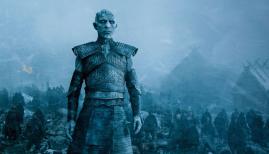 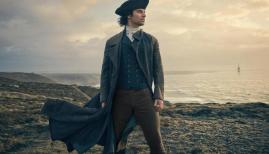 The TV shows of the moment: House of Cards and The Handmaid's Tale
Sign up to CW’s newsletter
By entering my email I agree to the CultureWhisper Privacy Policy (we won`t share data & you can unsubscribe anytime).