What to watch on Netflix: new releases streaming in August from the return of Wet Hot American Summer to the new Marvel show 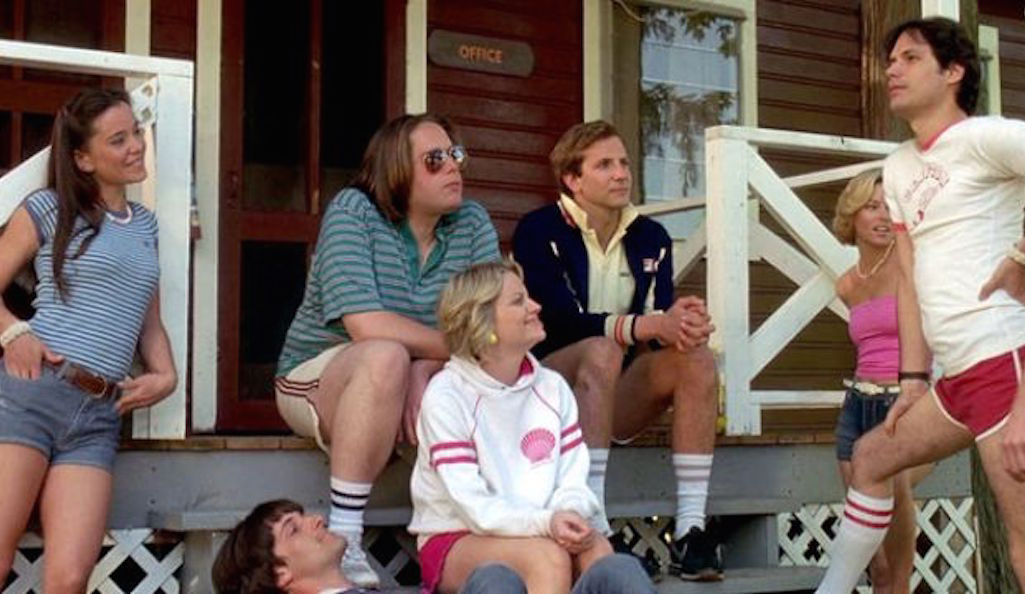 Atypical is the next original Netflix series broaching a little-discussed subject affecting millions of people: autism. It's the latest in a series of Netflix dramas forcing us to talk about uncomfortable subjects which, until now, has included anorexia, depression and self harm among young people. Sam, an 18-year-old on the autism spectrum, decides it's time to find a girlfriend. What follows is a journey that sets Sam's mom on her own life-changing path as her son seeks more independence. Expect something touching and funny in equal measure.
Dallas Buyers Club
UK Netflix release date: 1 August


Dallas Buyers Club is the 2013 film that won the Academy Award for Best Actor (Matthew McConaughey) and Academy Award for Best Actor in a Supporting Role (Jared Leto). Set in the mid-1980's, it tells the story of Texan electrician Ron Woodroof (Matthew McConaughey) whose life is ruined when he discovers he has AIDS and is given a prognosis of 30 days. But Woodroof refuses to give up to despair. He searches for alternative therapies, smuggling unapproved drugs into the U.S before setting up a treatment centre and selling them to other people who need them.
Orphan Black, season 5
New episodes every Sunday


The first part of season five of Orphan Black is already on Netflix, and every week, more episodes will be released of this SYFY drama. The show follows Sarah Manning (Tatiana Maslany) who, after seing an unknown identical woman jump to her death, discovers she's a clone...
Blackadder, seasons 3 & 4
UK Netflix release date: 15 August

Brilliant British humour from Rowan Atkinson and Hugh Laurie, seasons three and four of Blackadder written by Richard Curtis and Ben Elton. The third series is set during the British Regency and sees Mr. E. Blackadder serving as a butler to the Prince Regent and having to contend with the insanities of the age — all of which his master embraces enthusiastically. The fourth series follow the recurring characters of Blackadder, Baldrick and George in a trench in Flanders during World War I.
Fantastic Four
UK Netflix release date: 29 August

Four, young outsiders teleport to an alternate and dangerous place, which alters their physical form in shocking ways. The four harness their new abilities and work together to save Earth from a former friend.

Shooter is the American TV drama series based on the 2007 film of the same name, which is itself based on the novel Point of Impact by Stephen Hunter. Season two stars Ryan Phillippe as Bob Lee Swagger, an expert marksman.

The 2000 British-American adventure drama film starring Leonardo DiCaprio was originally adapted from the 1996 novel by the same name. Directed by Danny Boyle and starring Tilda Swinton and Virginie Ledoyen, it follows twenty-something Richard who travels to Thailand and finds a strange map which means to a solitary beach paradise where everything is not what it seems...

The audacious Icarus, a thrilling documentary about the Russian doping scandal, is arriving on Netflix. Director Bryan Fogel’s idea was this: to investigate doping in sports, Fogel (an amateur bike racer) would dope himself, observe the changes in his performance, and see if he could evade detection. Over dozens of Skype calls, urine samples, and badly administered hormone injections, Russian scientist Dr Grigory Rodchenkov and Bryan Fogal grew close, eventually resulting in the shocking allegations that place Rodchenkov at the center of Russia's state-sponsored Olympic doping program.

It's ten years later and Camp Firewood is hosting a reunion. Courtesy of the masterminds who bought us the original 2001 cult classic film and the 2015 series, both called Wet Hot American Summer, this hilarious eight-part limited series stars many of the original cast, including Amy Poehler, Chris Pine, and Elizabeth Banks. They are joined by new cast members including Adam Scott. Sadly, though, Bradley Cooper will not be joining them this time around.

Naked, is Groundhog Day with nudity and a wedding to get to. This Netflix original film, is directed by Mike Tiddes (A Haunted House 1 and 2) and stars Marlon Wayans (White Chicks). Rob Anderson (Marlon Wayans) is all set to marry the girl of his dreams, but can’t quite get to the altar. Every time he comes close, he finds himself waking up naked in his hotel elevator, again, and again, and again.

Netflix is determined to get back onto the Marvel gravy train, after the release of its most recent foray into the Marvel universe, Iron Fist, flopped. Uniting Netflix's three previous Marvel shows – all released to positive critical reception – with their unfortunate fourth, Netflix presents Marvel’s The Defenders. This time, we follow Daredevil (Charlie Cox), Jessica Jones (Krysten Ritter), Luke Cage (Mike Colter) and also that critically panned Iron Fist (Finn Jones) – a quartet of singular heroes with one common goal: to save New York City. Let's just hope it'll be more Jessica Jones than Iron Fist.

Based on the famous Japanese manga written by Tsugumi Ohba and Takeshi Obata, Death Note is the story of a high school student who comes across a supernatural notebook. A bit like Tom Riddle's diary, this notebook holds within it an extraordinary power. If the owner inscribes someone's name into it while picturing their face, he or she will die. Intoxicated with his new godlike abilities, the young man begins to kill those he deems unworthy of life. This show has been embroiled in controversy since its trailer dropped, as fans of the original manga, anime, and films – all of which are set in Japan – have accused this new remake of whitewashing.


The Other Boleyn Girl is a 2008 historical drama film based on the novels by Phillippa Gregory. Directed by Justin Chadwick with an extraordinary cast that includes Scarlett Johansson, Natalie Portman, Jim Sturgess, Benedict Cumberbatch and Andrew Garfield, it's a romanticised account of the lives of 16-century aristocrats and the mistresses of King Henry VIII. Think Wolf Hall, but trashier.


This curious mash-up of Charles Dickens' novels brings all his most famous characters into the same depiction of 19th-century London. This is a proper Christmas TV series for those who just can't wait another six months.
Mandela, The Long Walk to Freedom
UK Netflix release date: 28 August

Mandela, The Long Walk to Freedom, starring Idris Elba, chronicles the life of the first democratically elected president of South Africa from his childhood in a rural village, through his imprisonment, to the end of apartheid.


The three Matrix films are coming to Netflix, celebrate! Of course, the second two were, famously, let downs, but the first was mind-blowing. Written and directed by The Wachowskis, The Matrix is a 1999 science fiction film starring Keanu Reeves, Laurence Fishburne, and Carrie-Anne Moss. It depicts an imaginary, dystopian future in which humans exist in a simulation known as 'the Matrix'. Computer programmer Neo (Keanu Reeves) begins to fight in a rebellion against the machines.