Based on the novels by Adam Creed, writer Chris Lang finally brings his gruesome detective series Dark Heart to ITV

3 CW readers are interested
Dark Heart episode 1 & 2 review Dark Heart episode 1 & 2 review Sam McPhail
Detective William Wagstaffe (Tom Riley) is called in: there’s been a brutal murder. The victim is Ray Collins (Mark Fleischmann) a child molester who was never convicted. Before long, more child abusers turn up dead by horrific means. It’s Will’s job to find the pattern. Meanwhile, he’s enduring his own trauma as he still mourns the death of his parents, murdered when Will was young.

Writer Chris Lang isn't set on what sort of detective Will is. He’s willing to break the law to get what he wants, but does nothing overly offensive. He loves his sister Juliette (Charlotte Riley) – who’s abused by her boyfriend Paulo (Edward Akrout), and he's fine with punching his face in, but doesn't declare a threat.

Is he a drunk? Mildly: he's often holding a beer, but nothing stronger. Is he angry? Well, he loses it with Juliette then immediately apologises. Is he traumatised? Certainly, but never flies too far off the handle. It’s hard to know if Lang meant him to be a fatally contradictory character – what’s obvious is that it doesn’t work. 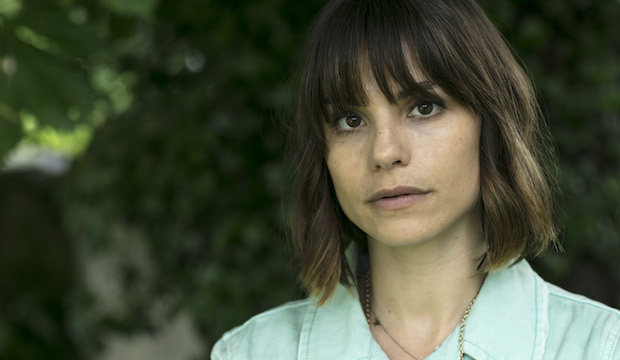 But hey ho – given the lack of character, and the lack of much personality from the characters around him, surely the plot will shine through? Lang does create an engaging story, fun in a bleak sort of way, but much of the script is clouded in a boring fug. Although the murders are brutal, they’re not nearly as gruesome as the tone promises. And, despite some stirring monologues from child abuse victims, the number of police interviews is excessive, the emotion waning after every revelation.

Dark Heart has a decent premise, but it’s not enticing enough – you are left firmly and unambiguously in your seat. It’s clearly reaching for a Luther vibe, mildly succeeding in its visuals with director Colin Teague and cinematographer Sam McCurdy creating a sickly yellow, Fincher-like atmosphere. But Lang’s script is often tedious and a bit predictable, and in this age where detective thrillers are everywhere, Dark Heart offers nothing new.