In the Chernobyl finale, Legasov (Jared Harris) stands up in court to give evidence of the meltdown. He must decide between telling the truth or continuing the lie

Chernobyl, episode 5 review 5 Chernobyl, episode 5 review Euan Franklin
Movies or TV shows about momentous events often have informational epilogues about what happened next. Real photos and videos are captioned with facts, a reminder that the story really happened. Predictably, Chernobyl does the same. Unpredictably, Chernobyl's facts and photos and footage come through in searing waves, each truth more upsetting than the last.

It's a relief as much as a burden. After five episodes of desperate and manipulative attempts to avoid the truth, in the hope of saving the Soviet Union’s melted face, there’s now little choice but to accept it. 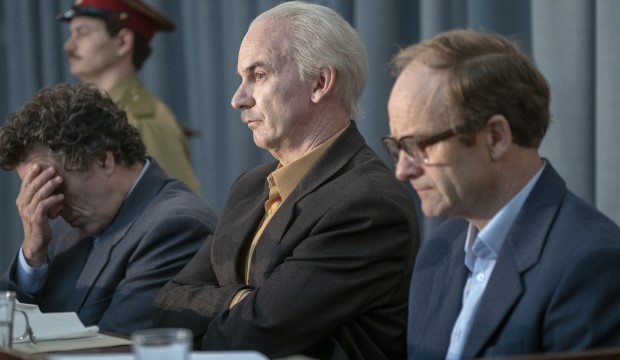 Episode five focuses on the Chernobyl Trial, which accuses Bryukhanov (Con O’Neill), Fomin (Adrian Rawlins) and Dyaltov (Paul Ritter) of being responsible for the meltdown.

Our heroic scientist Valery Legasov (Jared Harris), who’s managed to step through countless Soviet hoops, now has to make a choice between telling the whole truth or keeping his mouth shut. And considering his uneasy footing with the KGB, this is a life-or-death decision.

The episode starts twelve hours before the reactor explodes, viewing the town of Chernobyl with a paradisal perspective. Kids are on swings, couples are smiling, life continues as normal. The happiness is devastating, given what’s about to happen. Later on, Boris (Stellan Skarsgård) talks of Chernobyl's bloody history of refuge. People liked living there.

Chernobyl is now a deserted corpse of a town, but writer Craig Mazin reminds people that it was once alive. The name of the episode is ‘Vichnaya Pamyat’, which translates to ‘Memory Eternal’ - it's like Mazin is paying tribute to the town as much as the people. 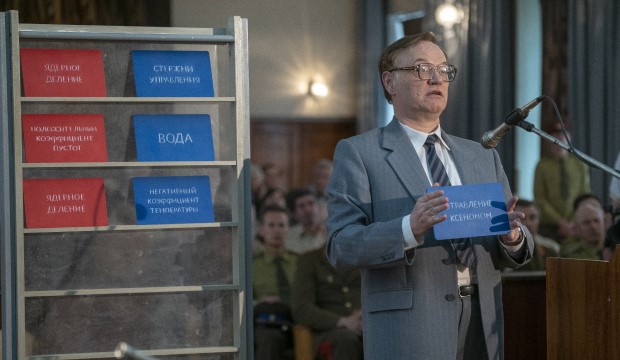 The trial delves into that catalytic day, revealing the science – which Legasov, of course, explains in strongly accessible detail – and the mistakes that led to Chernobyl’s demise. More than graphite or cooling systems or chemical reactions, it was stupidity and self-interest that led to the reactor blowing up.

Mazin returns to control room hours before the explosion, and what happens is almost beyond belief. It’s difficult to watch that fate as it seals, facilitated by fear and stupidity. Reason seeps away. And although this episode doesn’t reach the same level of horror as dead dogs or dissolving bodies, the facts Legasov unveils are no less shocking. 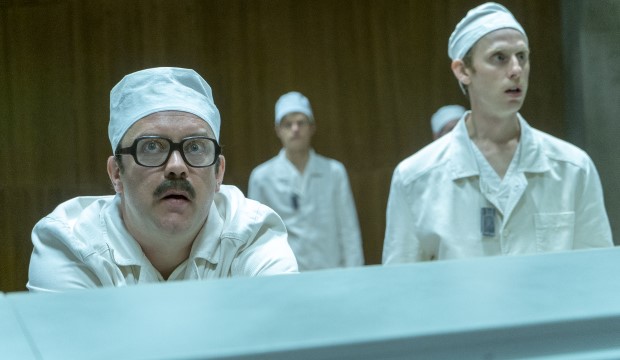 What happens in the control room is almost beyond belief

The truth will out, of course, but only after a horde of lethal lies – some of which continue to this day. Mazin concludes this poignant and gruelling series by considering the cost of lies, which is another unsettling reminder of what the present world has come to. With fake news, alternative facts, and algorithmic echo chambers, who knows what could result from such a spread of misinformation?

Chernobyl serves as a giant warning sign: this is what can and could happen. That reality is the most terrifying truth of all.