Carrying on from episode two, the volunteers descend into the bowels of the power plant – their ears splitting from the thunderous clicks of Geiger Counters. But Boris (Stellan Skarsgard) and Legasov (Jared Harris) still need to ward off apocalyptic problems. A kind of friendship is forming between them, despite Legasov’s spirit-crushing climb through many aggressive, Soviet hoops. 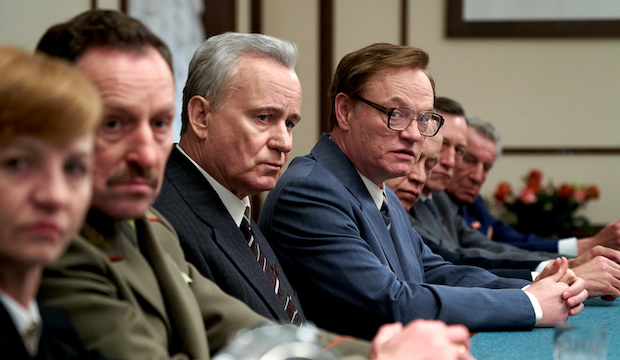 Each is dependent on the other: Legasov needs Boris’s authority, and Boris needs Legasov’s expertise. It’s a symbiosis that can’t be cut short, otherwise millions will die. Their parallel strengths are reflected best in one scene, darkly comic, in which Boris sums up the good news to the Council of Ministers, only for Legasov to tell them the copious pieces of horrible news.

The physicist Ulana Khomyuk (Emily Watson) is sent to the hospital in Moscow, where the Chernobyl victims are being treated, linking up to Lyudmilla (Jessie Buckley) and her affected firefighter husband (Adam Nagaitis). This is shortly after Legasov grimly explains what radiation does to the body. Ulana sees these bodies: bleeding, melting, dying – looking like zombies, bed-bound and terrified.

The episode doesn’t hold back from any painful details. It’s uncomfortable viewing, like Renck and writer Craig Mazin are daring viewers to look away. But the stomach-twisting details need to be told, burns and all, to show both the reality of Chernobyl’s victims and the devastating efforts to cover it up. Otherwise, it's just another disaster movie. 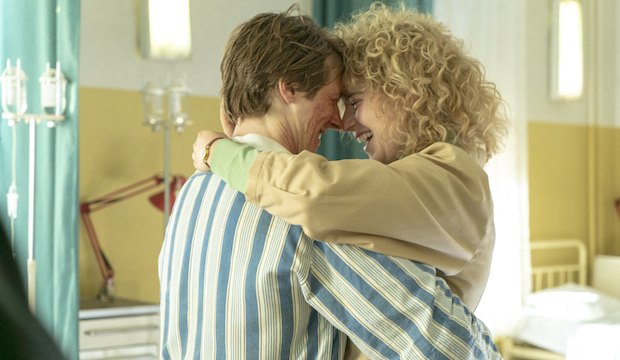 Also, an aiding gaggle of coal miners are introduced, asked to help the Chernobyl situation. Their introduction offers some of the most powerful shots in the series, crafted beautifully by cinematographer Jakob Ihre, as the workers confront their supposed masters.

Chief among the workers is Glukov, a no-s***-taken leader who wipes his grubby hands on the face of authority. But unlike those in authority, even the cautious Legasov, Glukov always tells the truth and doesn’t care for tradition. He’s an exciting, almost rebellious, addition to the series.

It’s too early to say, even with only two hours to go, that Chernobyl is one of the finest shows of 2019 so far – but it’s certainly spreading in that direction. 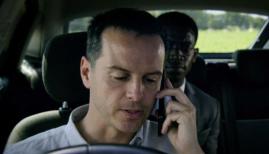 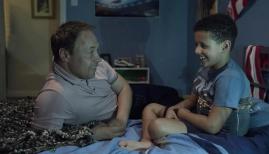