Here's everything you need to know about the new streaming venture from the BBC and ITV. Shows include Broadchurch, Fawlty Towers and Downton Abbey

BritBox: cost, shows, future BritBox: cost, shows, future Euan Franklin
Yes, the British effort to do battle with the American streaming giants – Netflix, Amazon, Apple, Disney – has finally launched in the UK. BritBox is a new streaming service founded by the BBC and ITV, which reportedly contains the ‘widest range of UK box sets of any service'.

But do we need a British streaming service when many of the shows are already available on Netflix or Amazon? This isn’t even considering the fact that newer shows won’t appear on BritBox until BBC iPlayer and ITV Hub take them down (which can take a year). Still, it’s difficult not to be impressed by the massive selection that BritBox offers.

It’s the same price as the cheapest Netflix subscription, although Netflix has a slew of original shows. Amazon Prime Video, which has few original shows in comparison, is more expensive at £7.99 a month – but its selection is much wider than that of both Netflix and BritBox.

Even more ambitious is Apple TV+, which launched last week, with a £4.99 monthly subscription and a fervent drive toward all-original content – immediately kicking off with Jennifer Aniston, Reese Witherspoon and Steve Carell in The Morning Show. BritBox has no such appeal, even to British audiences. 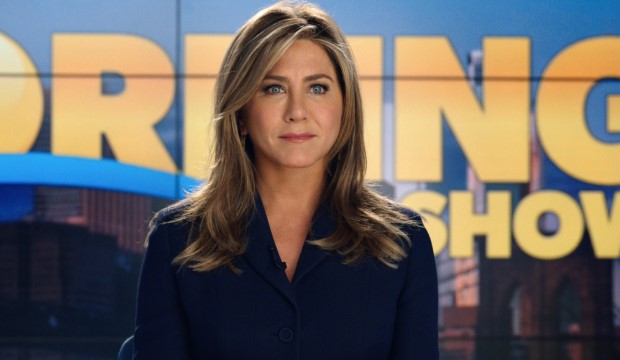 Apple TV+ is the cheapest option at only £4.99 a month

Disney's new streaming service Disney+, yet to be released in the UK, is predicted to cost £6.99 a month. This service will house every show and movie Disney has made since the 30s and will produce original content, including the much-anticipated Star Wars prequel series The Mandalorian.

BritBox has a massive back catalogue of British TV, including the entire collection of 600 classic Doctor Who episodes from 1963 (dropping on Boxing Day). Other oldies include the 1991 ITV Helen Mirren detective series Prime Suspect, the 1979 BBC adaptation of John le Carré’s Tinker Tailor Soldier Spy, and the classic John Cleese comedy Fawlty Towers from 1973.

Newer additions include the acclaimed adaptation of Hilary Mantel’s Wolf Hall, the tragic whodunnit Broadchurch, and the 80s-inspired detective fantasy Ashes to Ashes.

BritBox also has original programming in the works, including the Australian show Lambs of God. This is a weird, bloody drama involving an island-based convent with twisted rituals. Ann Dowd (The Handmaid’s Tale) stars alongside The End of the F***ing World’s Jessica Barden.

Channel 4 and Film4 have joined in on the action, and over 1,000 of their shows and movies will arrive on BritBox by spring 2020. ITV has also made a big deal with mobile company EE, to make BritBox available to millions of mobile phone users. BritBox has also stated an aim of six original programmes per year.

It’s unlikely that BritBox will topple the giants; Netflix has nothing to worry about. However, there will be probable demand for classic British TV that the major streamers can’t provide, or that’s not available on the channels’ own streaming services. But is that preferable to the new, challenging, immersive choice coming to Netflix and Amazon and Apple TV+ and Disney+?

In a time when we'll have to be more selective, BritBox might not make the cut.