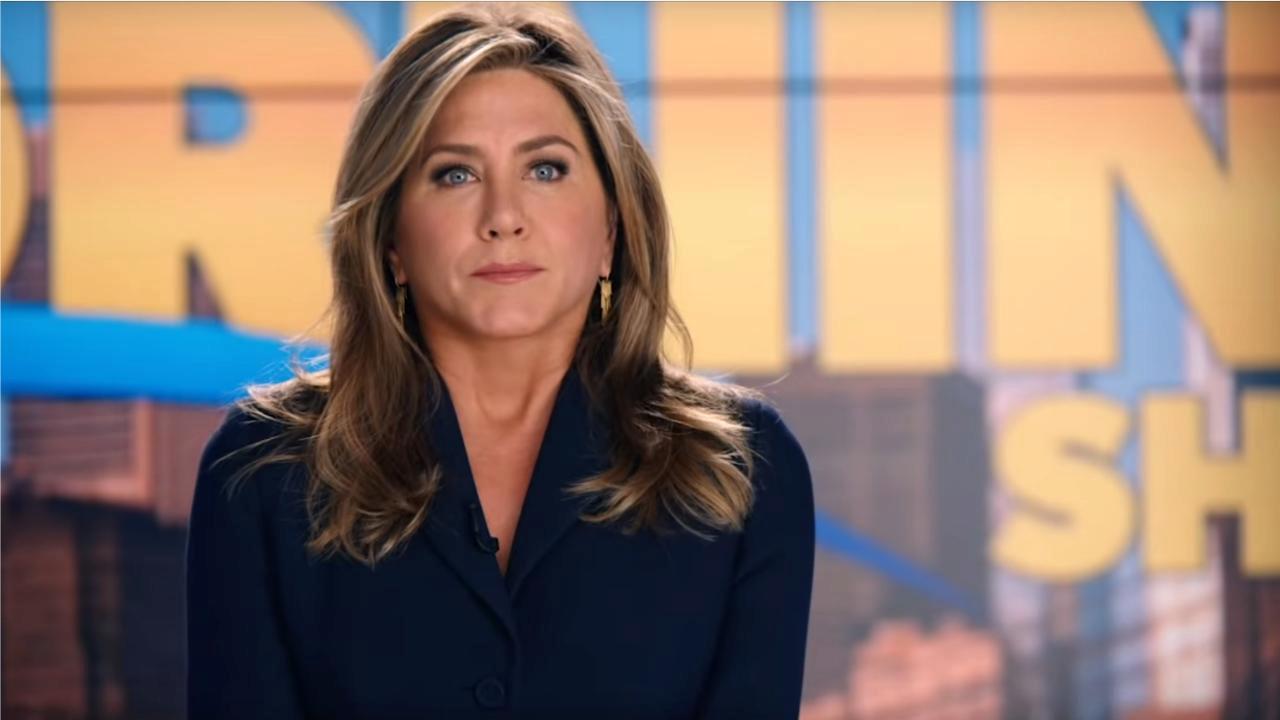 Apple TV shows: Jennifer Aniston stars in The Morning Show
Watch out, Netflix, Apple's about to take a piece of the TV streaming action with its own rival service: Apple TV+, launching on devices worldwide on Friday 1 November.

And it's starting off at a competitive price: £4.99 a month after a seven-day free trial, half the price of Netflix. Also, the family sharing option means that up to six people can use the same account (the Netflix limit is four). Apple TV+ will be available via the Apple TV app on iPhone, iPad, Apple TV, iPod touch, Mac and other platforms including online at apple.com/uk/apple-tv-plus/

But can this new service offer enough compelling programmes to tempt viewers?

Reese Witherspoon (Big Little Lies) stars alongside Jennifer Aniston and Steve Carell in another female-led drama with a sparkling A-list cast. The Morning Show, which leads Apple's new streaming service, is a newsroom satire examining the workings of a daytime TV show.

Mitch Kessler (Carell) is a news anchor who gets fired after many sexual harassment allegations. He was part of an on-screen couple with co-anchor Alex Levy (Aniston), but this breaks apart – both personally and professionally.

Two Emily Dickinson film biopics have been released in the last few years, showing two entirely different personalities. In Terence Davies’ A Quiet Passion, she's reclusive, shy, and anxious; while in last year's Wild Nights with Emily, she's flamboyant, exciting and one half of a steamy romance with her sister-in-law Susan Gilbert.

Dickinson, starring Hailee Steinfeld (Pitch Perfect 2, Spider-Man: Into the Spider-Verse) as the revered 19th-century poet, looks to take the latter approach. The trailer doesn’t reveal much, but shows a much more extroverted Dickinson: dancing, arguing and spending some very wild nights in horse-drawn carriages.

What would have happened if the USSR had won the Space Race in the 60s, and planted the Red Flag on the moon’s surface? Such alt-reality questions are posed by Battlestar Galactica writer Ronald D Moore in For All Mankind, which tries to unravel what might have been.

In the trailer, we see the losing Americans looking down in the dumps, especially Joel Kinnaman (Hanna) who plays esteemed astronaut Edward Baldwin. But Nasa tries to find ways to get one up on the Soviets, which includes creating an all-female astronaut team, building structures on the Moon, and preparing missions to ‘Mars, Saturn, the stars, the galaxy’.

Instead of hiding in the shadows after the catastrophic Serenity, writer Steven Knight bravely returns to the sci-fi genre with See.

Starring Jason Momoa (Game of Thrones, The Lego Movie 2) and Viola Davis (Widows), this post-apocalyptic series imagines a tribal world where everyone is blind. But when twins are born with the ability to see, their lives are threatened by a tribal queen who believes sight to be evil.

M Night Shyamalan has never recaptured the frightening, shocking heights of The Sixth Sense, but made something of a comeback with his schizophrenic thriller Split with James McAvoy. Now, he’s back to directing television in Apple TV+’s upcoming psychological horror Servant.

Set in Philadelphia, the series shows a couple mourning after their newborn baby suddenly dies. As a means of overcoming the trauma, Dorothy (Lauren Ambrose) and Sean (Toby Kebbell) are encouraged to participate in ‘fringe therapy’, where they pretend their baby is still alive using a life-like doll. But when they decide to hire a nanny to look after said doll, things get even weirder.

At the recent New York Comic Con, Shyamalan said of the series: ‘That premise is so tragic and weird and scary, but it’s also, oddly, inappropriately funny.'

Octavia Spencer stars as Poppy Parnell, a true-crime podcaster whose research led to the arrest of an alleged murderer Warren Cave, played by Breaking Bad’s Aaron Paul. But, in light of new evidence, it’s very possible that he’s innocent of the crime. To find the truth, Poppy questions Warren in prison.

The Apple TV+ synopsis says the show ‘challenges its viewers to consider the consequences when the pursuit of justice is placed on a public stage.’ 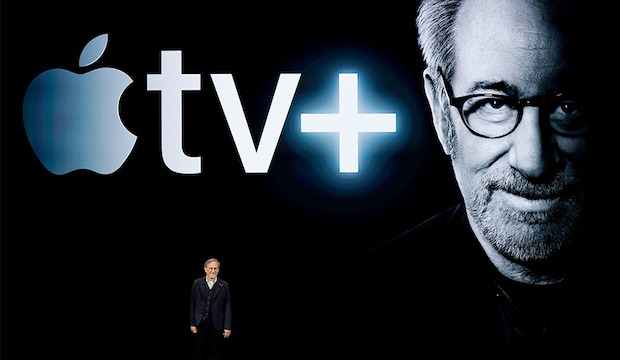 Spielberg is bringing back his 80s TV series Amazing Stories. Named after a sci-fi comic of the 20s, it's an anthology series with one 'amazing story' for each episode. Very little has been revealed, but Spielberg announced that one episode involves a WWII pilot who flies into a different time. 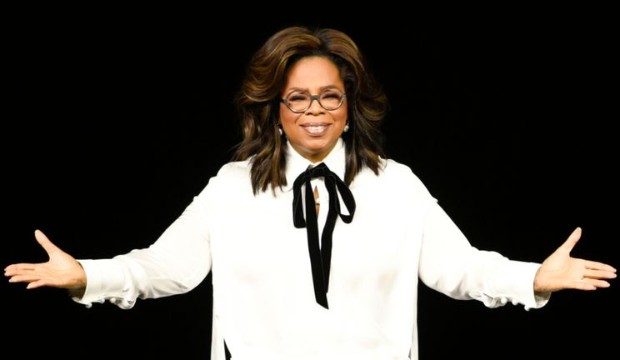 Oprah Winfrey is making a couple of documentaries for Apple. One, called Toxic Labor, is about workplace harassment, and the other is a multi-parter tackling mental health.

She's also hosting another iteration of Oprah’s Book Club, a regular show for discussing books – which was originally a segment on The Oprah Winfrey Show and continued on her website. Oprah made a surprise appearance at the Apple event and claimed her book club would be ‘the biggest, the most vibrant, the most stimulating book club on the planet.'

Little Voice is a New York-based series from JJ Abrams and singer Sara Bareilles, which follows a female musician working her way up in the music business.

Kumail Nanjiani and Emily V Gordon, co-writers of The Big Sick, are making an anthology series inspired by the lives of immigrants in the US. It's called Little America.