In the second and final series of Baptiste, the British Ambassador Emma Chambers (Fiona Shaw) wakes up to find her family gone. Julien Baptiste (Tchéky Karyo) is on the case!

This critic itches when a series begins with a flash-forward, filled with ambiguity, before cutting to the past – to where the story actually starts. It’s often a lazy way to hook viewers and make them anticipate an explanation. For Baptiste series two, the hook (at first) is Fiona Shaw in a wheelchair.

You see her character, the British ambassador Emma Chambers, struggle to seat herself inside a car. Then we flash back to 14 months earlier, when she’s walking up the Hungarian mountains with her husband and two sons. The next day: her family disappears without a word. As a fan of the bleak and brilliant The Missing – from which this spin-off was engendered – the opening flash-forward really itches.

However, the seemingly formulaic time-hopping becomes integral and justified. Thankfully, the fractured storylines grow more intriguing rather than exhausting, without any pointless effort to confuse. The structure is closer to The Missing than what writers Harry and Jack Williams attempted (for better and worse) with the first series of Baptiste. 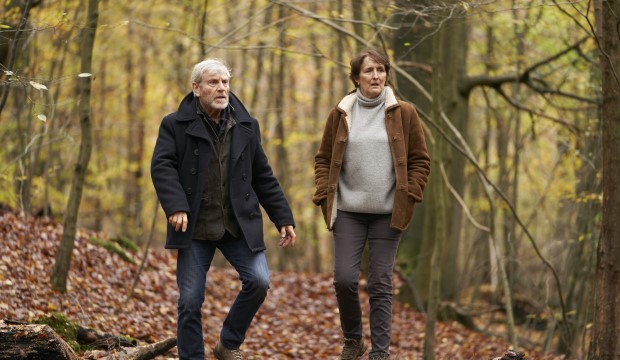 Fourteen months earlier, you watch as Emma spends quality time with her family. A deep dark shadow hangs over their positive smiles, her daughter having died two years ago. One of their sons, Tom (County Lines’ Conrad Khan), is still traumatised from whatever happened: often clicking his tongue.

After Emma wakes up to an absent family, the much-missed, retired French detective Julien Baptiste (Tchéky Karyo) sees the news and hops on the first flight to Hungary. Cut to 14 months later: he’s a drunk, depressed old man – with a bright, white, bushy beard. The contrast between the two Juliens, both struggling in the wake of a terrible tragedy, absorbs you with more emotional intelligence than the opening suggests. 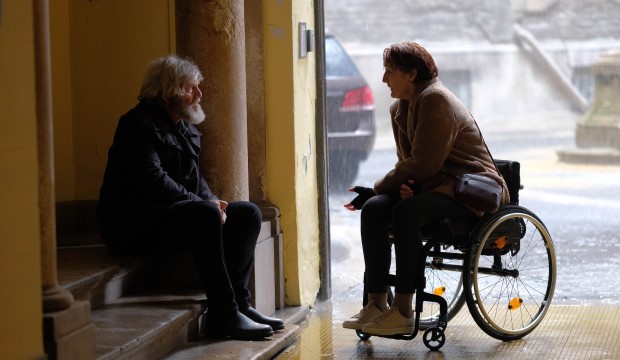 Fourteen months later: Julien with a beard, Emma in a wheelchair. Photo: BBC

Karyo is wisely and moralistically magnetic, playing an investigator who rarely submits to anger and always offers some poetic pearls of wisdom. If Gandalf were a detective, he’d look a lot like Julien Baptiste (only without the temper). But that’s before those 14 months have passed. Karyo manages the transformation well, snapping into that darker side without ever losing sight of his character.

Similarly, watching Fiona Shaw break into such emotional torture is a shock, considering her sterner roles in Fleabag, Killing Eve, and the Harry Potter movies. Julien and Emma come across as a breathtaking duo, with Karyo and Shaw’s existential performances complementing each other so perfectly.

In the first episode (the only one available to critics), the world they enter comes through in drips. There’s an unreasonable hostility toward Julien from the Hungarian police, despite him making breakthroughs they couldn’t (or wouldn’t).

From recent interviews with Karyo and Shaw, xenophobia and prejudice are woven into the story. Maybe that’s why the police don’t like Julien's presence there. Or, possibly, Emma's. Considering Hungary’s dubiously illiberal place on the European stage, will Harry and Jack Williams plunge into those politically explosive areas?

In episode one, the Williamses are desperate to sum up the situation as quickly as possible – using many enigmatic clichés in the dialogue. But it’s an invigorating pleasure to welcome back Julien Baptiste to our screens for the last time, ending with a potentially riveting and unpredictable case. 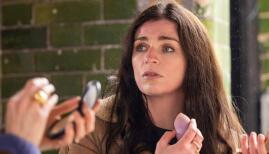 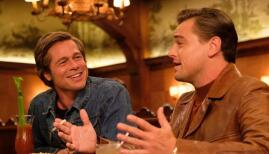 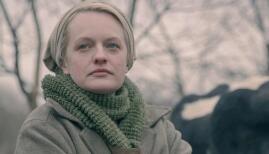