From the Swedish teen drama Young Royals to Quentin Tarantino's Once Upon A Time in Hollywood, starring Brad Pitt and Leonardo DiCaprio, Netflix in July is loaded with great choices 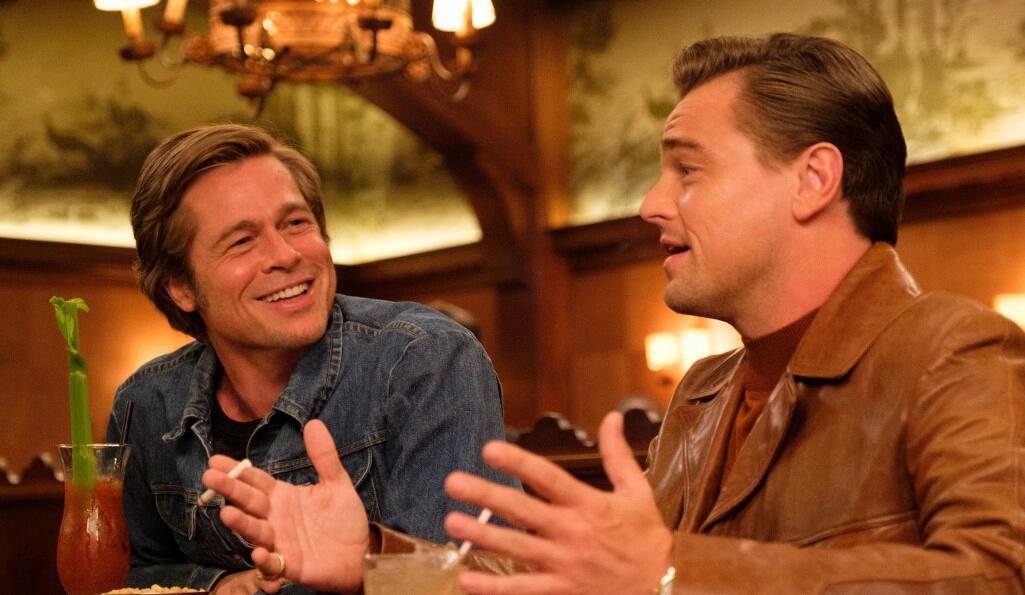 Stories of royalty have always been gobbled by the masses, but they’ve enjoyed something of a resurgence in recent years. They’ve spilt into epic fantasy (Game of Thrones), historical fiction (The Crown), as well as the uncovered realities splattering across the news. The new Swedish series Young Royals brings that monarchic energy to a high-school drama setting.

The teenage Prince Wilhelm (Edvin Ryding) arrives at a prestigious boarding school, somewhat relieved. He’s now in a position to think for himself, to decide what he wants to be. But he suddenly becomes the next in line to the throne, and has to choose between love and duty.

When the teen-comedy series Never Have I Ever dropped on Netflix last year, it was an instant hit – watched by over 40 million households worldwide. The story follows the 15-year-old, Indian-American girl Devi (Maitreyi Ramakrishnan), who’s desperate to find a boyfriend. In her words, she wants ‘a stone-cold hottie who can rock me all night long’.

By the end of season one, she gets more than she bargained for. Not only does Devi kiss her academic nemesis Ben (Jaren Lewison), but the attractive swimmer Paxton (Darren Barnet) realises he has feelings for her.

In season two, Devi looks at this new love triangle in a positive way: now, she has two boyfriends. She tries to date both of them at the same time, without the other knowing. Meanwhile, a new Indian-American girl joins her year group – one who’s both more intelligent and more attractive.

TV is gradually adjusting to honest depictions of disability and mental health, as seen recently in Ryan O’Connell’s excellent series Special. Atypical follows a teenage boy on the autism spectrum, searching for love, independence and self-identity.

In the fourth and final season, he’s finally moved into his own place – unsettling his anxious mother Elsa (Jennifer Jason Leigh). He’s in the final stages of college, but he hasn’t put any thought into what happens afterwards.

Once Upon a Time in Hollywood
UK Netflix release date: Wednesday 7 July

Despite nearly 30 years of bullets, blood and detailed dialogue, writer/director Quentin Tarantino continues to defy expectations in his movies. Once Upon a Time in Hollywood is a quaint divergence from his back catalogue: it’s slower, subtler, and brighter. But there’s a darkness bubbling under the surface, crucial to the year in which it’s set. 1969 was a crucial time in Hollywood’s history, when movies and the cultural consciousness began to shift.

Television was becoming more popular, as represented in the film by Western star Rick Dalton (Leonardo DiCaprio) and his stuntman/best friend Cliff Booth (Brad Pitt). The serial killer and cult leader Charles Manson (Daniel Harriman) is also very close by, while the ill-fated actress Sharon Tate (Margot Robbie) is loving life in LA. With Once Upon a Time, Tarantino provides a near-heavenly snapshot of a more innocent time.

Along with Robert Eggers (The Lighthouse) and Jennifer Kent (The Babadook), the Hereditary director Ari Aster is one of the best new voices in horror cinema. For his second feature film, Midsommar, Aster wraps an intense break-up in a terrifying folk-horror story. You follow four Americans, most of whom are PhD students, as they venture to a creepy, isolated commune in Sweden.

Dani (Florence Pugh) is the grief-stricken girlfriend of the toxic postgrad Christian (Jack Reynor). She tags along for the holiday, despite Christian and his friends disliking her company. Dani's anxiety spirals as she witnesses many weird happenings in a community where everyone’s smiling, where night never falls, and where twisted rituals are commonplace. Midsommar’s a slow-burn, but in the best way.

Missing Stranger Things? Well, this new time-travelling horror trilogy – based on the RL Stine books – could fill that nostalgic gap in your life.

Starring Maya Hawke and Sadie Sink, Fear Street unfolds over three consecutive weeks – investigating the terrors within the town of Shadyside. Murders have been plaguing the town for over 300 years, and a group of 90s teenagers realise that they’re next. In trying to uncover the reasons behind the town’s violent history, they hope to escape a brutal death.

The full Netflix in July slate:

Sunday 4 July
We The People

Tuesday 6 July
I Think You Should Leave with Tim Robinson, season 2

Wednesday 7 July
Cat People
Dogs, season 2
Once Upon a Time in Hollywood
The War Next Door

Thursday 8 July
Elize Matsunaga: Once Upon A Crime

Thursday 15 July
Never Have I Ever, season 2