There are so many reasons to watch Fleabag season 2 – and the second episode, with Fiona Shaw and Hugh Skinner in tow, proves why

Fleabag series 2, BBC review, episode 2 5 Fleabag series 2, BBC review, episode 2 Ella Kemp
Endless copycat comedians have reappropriated Waller-Bridge’s ‘I’m talking to you’ device – using self-awareness as a mask for shallow, unoriginal comedy. But Fleabag owns this style, and the writer/actor is proving that whatever revolutionary storytelling methods she established in season one can, somehow, keep getting even better.

Fleabag, arguably one of the least spiritual heroes ever seen on the small screen, is sitting in a church as she greedily watches the Priest (a consistently revelatory Andrew Scott) do his thing. The witty script knows how to tease a laugh, precisely by sticking to the confines of this religious space rather than talking over it. Instead of daydreaming about loud-mouthed sexual fantasies, the episode flirts with the suggestiveness of hallowed words and shows off the actors’ skill in making these feel brand new.

There’s nothing sacrosanct about the altar Fleabag worships, but it only takes Waller-Bridge’s skilful inflection and pin-sharp body language to transform an uttered ‘Jesus’, ‘Amen’ or ‘Yes, Father’ into deliciously un-PC satire.

Her desire for the Priest grows, as they share skin-tingling chemistry and M&S cans of gin and tonic while she confesses under God’s eye that she doesn’t believe in anything. ‘What happens when a priest has sex?' Fleabag types into Google, before Waller-Bridge stares suggestively and wordlessly at the camera. 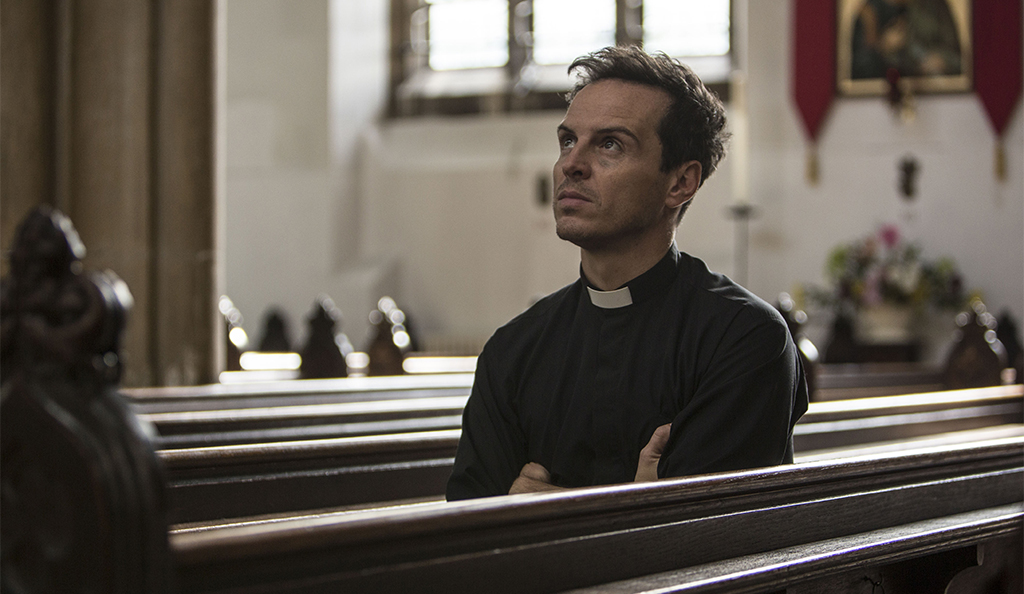 Andrew Scott plays the Priest on everyone's lips in Fleabag

Where lesser character comedies would milk the scenario, Fleabag just looks directly at the viewer, making us complicit in her curiosity. By the time the Priest tells her she can talk to him whenever she wants, Waller-Bridge knows that we’re mopping up the layers of ‘I’d like you to come, if it helps’, like spilled tea on a holy Bible.

The landscape for the second series broadens, as several new characters lay their mark. There’s neurotic Pam (Jo Martin), who helps out at the church, David the lawyer with mayonnaise around his mouth (Ray Fearon, credited as ‘Hot Misogynist’) who will only help Fleabag rally against alcoholic brother-in-law Martin if she’ll go for a drink with him.

An overdue introduction is offered in the way of Martin’s teenage son Jake (Angus Imrie, introduced by Fleabag as ‘Creepy Jake’), who looks like a softly spoken schoolboy not too dissimilar to Alex Lawther. Fiona Shaw takes a break from Killing Eve to play a deathly funny counsellor with dry forearms. And then, to the joy of enlivened Mamma Mia! Here We Go Again fans, Harry, Fleabag’s ex-boyfriend, is also back – and now he’s carrying a baby called Susie. 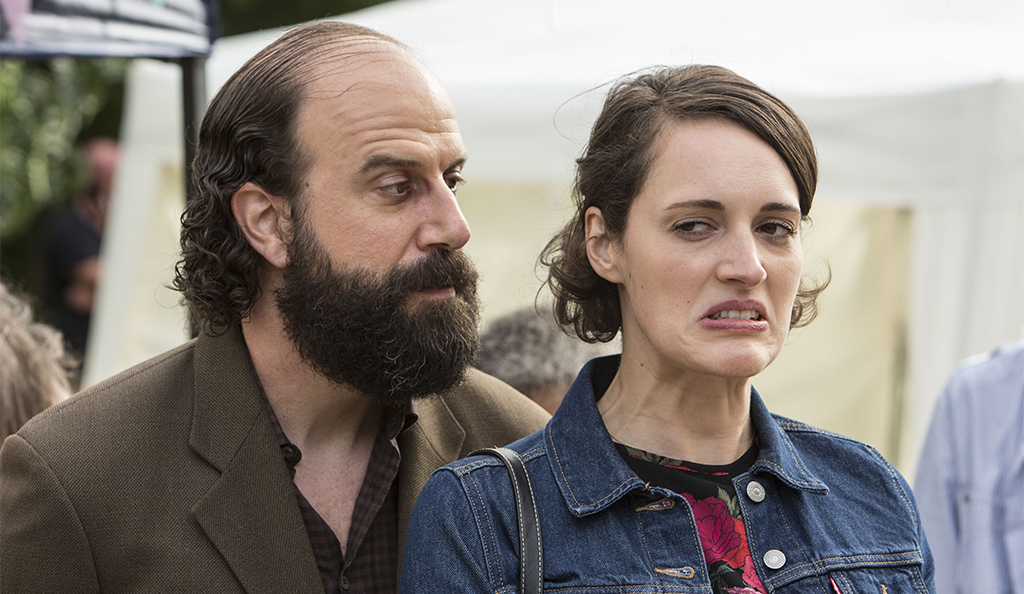 The smattering of cameos and sharp one-line gags never detracts from the tragedy established in the first episode, as her sister Claire's secretive suffering is further explored through increasingly discomforting layers of misunderstanding.

Sian Clifford is transcendental as Claire; her scathing comedy channels the same unforgiving power of Fleabag’s, while fully growing into her own. She’s wholly audacious with her sister, and perfectly restrained, simmering with contempt with their stepmother.

‘I’m weirdly fine’, Claire says – and she’s almost believable, until the knot in her throat shakes on the last syllable. There are glimpses of serious enlightenment throughout the episode, from the epiphanic moment Fleabag just looks to the sky and a choir sings, to her acknowledgement that she has very few friends that she could tell the counsellor about.

Don’t worry though, she might be a woman who ‘spent most of my adult life using sex to deflect from the screaming void inside my empty heart’, but she sees us, and glares. Fleabag knows we’re always here.