Boarding-school movies tend to be set in an older time, when teachers could peel away a student’s creativity and hit them with a ruler at the same time. It seems strange, then, that Toby MacDonald’s debut Old Boys chooses a more modern setting for its boarding school, but keeps the classic oppression, antiquity and traditions. School is painful at any time in history.

Amberson (Alex Lawther), nicknamed ‘Noodle’, is a short and nervous nerd at Caldermount College. He bumps into Agnes (Pauline Etienne), a creative and intelligent French girl, and falls in love with her. But she fancies Winchester (Jonah Hauer-King), the most handsome boy at Caldermount, and fails to realise how dim he is. 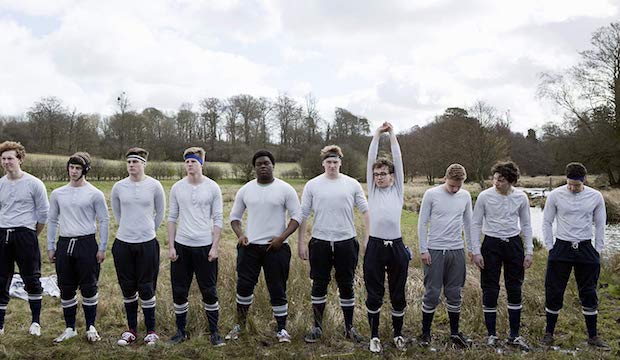 Right from the off, Old Boys displays a weird and irreverent kind of comedy – unpicking the sacrosanct traditions of public school and showing how absurd they really are. The first scene involves a heavy ball being kicked from a high wall down a river, which Amberson is expected to catch while a pack of overweight men run after him. This is ‘Streamers’, a traditional Caldermount game that’s been going for 300 years.

Later on, as the Head Man (Nicholas Rowe) delivers an assembly, the boys have to stand and stamp their feet whenever a founder is mentioned. And every morning, Amberson, constantly berated by the older boys, has to fetch a bucket of water from the pump across the field (sorry, when is this set again?).

Agnes provides Amberson with a glimmer of the outside world, which he’s clearly afraid of but craves at the same time. Agnes is exciting and off-the-wall – written with a naive verve. Amberson reluctantly helps Winchester to woo her, starting a correspondence of love letters via avant-garde cinema on VHS. This creates an unlikely bond between the nerd and the jock, providing some of the film’s quirkiest and funniest moments. 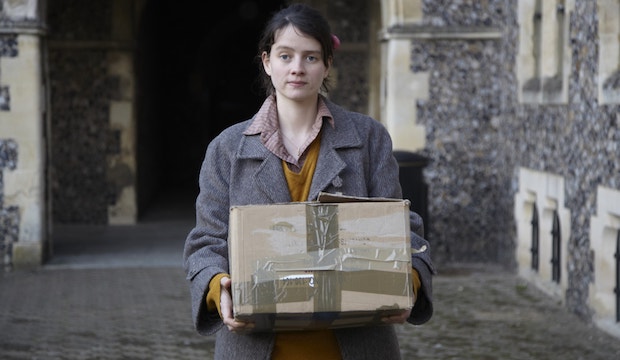 It’s clear that MacDonald loves exploring the film’s vividly constructed characters as much as its bizarre and suffocating environment. Each boy has a reason to continue laughing along with, even if they’re minor characters. And Alex Lawther, playing Amberson, manages to step away from the traumatised darkness of his previous roles (Black Mirror, Ghost Stories, The End of the F***ing World) into something altogether lighter.

It's clear that writers Luke Ponte and Freddy Syborn wanted to do more at Caldermount. It serves well as a small and kooky movie, but might have achieved better as a TV series. It’s no surprise that Syborn also wrote an episode of Sex Education, which also manages its characters well – but it's hard to imagine Sex Education as a 90-minute movie. Old Boys deals with a lot in such a short time, and it's clearly gunning for more.

But it is still a fun, hilarious, and delightfully bonkers boarding-school comedy. It’s a little punch of ridiculous joy, and a funny reminder that schooldays were definitely not the best of our lives. 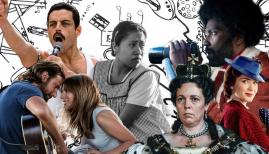