You don’t know what you've got…till it comes back. Although the first two seasons of Sex Education were always waiting to be re-binged, a desperate absence tended to follow after finishing. Production for season three was delayed for months because of Covid – a dreadful wait considering the year we've had. But now it’s here and it’s a characterful godsend: a tender, loving balm as much as a progressive and thunderous kick to the chest.

When watching the first episode, this critic revelled in the return to writer/creator Laurie Nunn's fantastical town – sliding back into the throng of Moordale's citizens, who are either sexually liberated or stressfully repressed. And what better way to kick off a new season than with another (mostly) orgasmic montage, featuring the core characters (too many to name) having a lot of glorious sex in their own, unique ways. 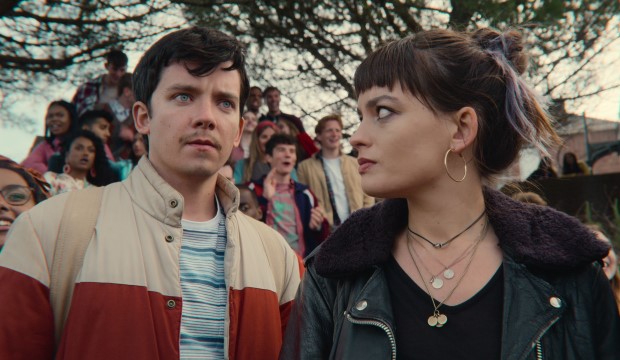 In season three, the writers gather even more confidence in their style and characters – relaxing into them. They're less concerned with an overarching plot and focus on the thematic connections, which flow beautifully together in a multi-coloured confluence.

The sex therapy clinic – managed by Otis and Maeve (Emma Mackey) – is dissolved, providing more space for the different personalities to breathe and find themselves. There’s a warm togetherness about this ensemble, and their stories unfurl with a progressive and collective flair worthy of maverick filmmaker Robert Altman.

Both cast and crew have stated in interviews that this season is about shame. Although that’s true, this critic thinks the bigger theme is identity and the struggle to find it during both adolescence and adulthood. 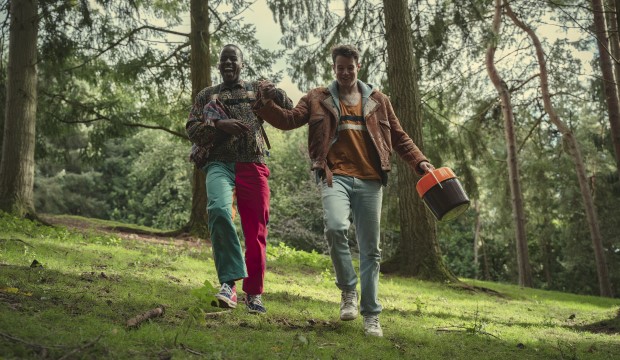 Eric (Ncuti Gatwa) and his former bully Adam (Connor Swindells) are now a couple, and the latter struggles to leave his aggressive masculinity behind. This offers Swindells a wider emotional range for his performance, to the point where seeing him happy feels like a rare and heartwarming sight. Adam’s father, the former headteacher Michael Groff (Alistair Petrie), moves in with his hyper-masculine older brother Peter (Jason Isaacs) after being fired and separating from his wife Maureen (Samantha Spiro).

A new non-binary character, Cal (Dua Saleh), enters the frame and their gender identity is constantly challenged. Eric explores his roots, the series making a brave move to Nigeria. Otis camouflages himself into Ruby’s world to fit in and, as a result of the Maeve heartbreak last term, tries not to care about anything any more (‘things are easier when you don’t care – no one gets hurt’). And the lovably ditsy Aimee (Aimee Lou Wood) still wrestles with the trauma from her sexual assault in season two. 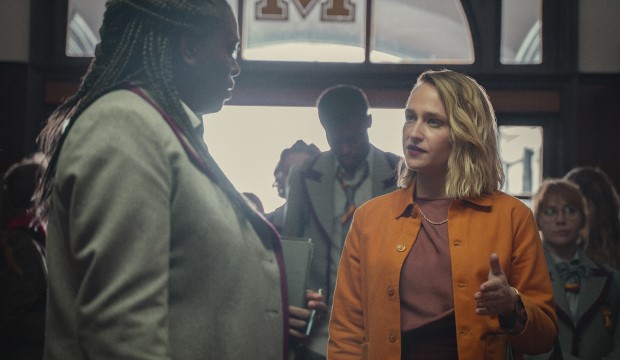 This term also sees the entrance of a new headteacher, Hope Haddon (Jemima Kirke). She saunters into Moordale Secondary School like a cool and colourful teacher, but it’s obviously a front. Before long, the school resembles a totalitarian state: students are given uniforms, lockers are painted grey, and dividing lines are painted on the floor. More crucially: free thought from the students, anything that smells of change or liberal politics, is strangled to facilitate a metallic, Orwellian vision.

The regime change brings the students, all similar in their differences, together. They unite in their sex positivity and take pride in their identities. The series teaches, above everything else, to be harmlessly proud of who you are. To fight to be heard. The test in season three is maintaining that confidence in oneself, no matter the fragile, conservative powers that try to suppress it. Sex Education says it loud. A riotous, hilarious, and educational delight from start to finish.

Sex Education, season 3 is available on Netflix from Friday 17 September 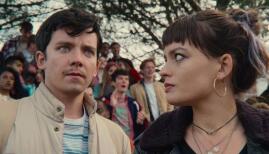 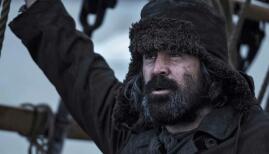