Join one of the best writers of our time for an insightful discussion with John Snow about his career and new novel, A Legacy of Spies

TRY CULTURE WHISPER
Receive free tickets & insider tips to unlock the best of London — direct to your inbox
Here, le Carré will be in conversation with Channel 4 news anchor John Snow, to explain how he came to create his most beloved character, George Smiley, and to launch his new work, A Legacy of Spies, in which Smiley makes a welcome return. The event will also include a question and answer session, giving audience members a chance to ask le Carré their most burning questions about his works and career.

Although it is very rare for John le Carré to make public appearances of this kind, the £100 ticket price will be a little steep for most. However, the event is being filmed for broadcast, and there are cheaper tickets available, which will provide fans with some other opportunities to experience the talk without breaking the bank. 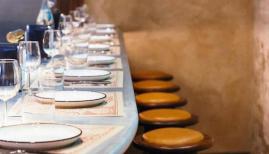 A Legacy of Spies