5 CW readers are interested
Red Star Over Russia, Tate Modern, review 4 Red Star Over Russia, Tate Modern, review Lucy Scovell
Being the centenary of the 1917 Russian Revolution, this year has witnessed a flood of events and exhibitions commemorating the beginning of the era-defining Soviet regime and its aftermath. Institutions from the Royal Academy and the British Library to the Design Museum have taken on all things revolutionary. Is there anything left to discover?

Red Star Over Russia proves that there is always more to learn about this country’s history which seems as vast and varied as Russia itself.

TRY CULTURE WHISPER
Receive free tickets & insider tips to unlock the best of London — direct to your inbox
The curators have done an impressive job of condensing the personal collection of David King, the late acclaimed graphic designer and artist, from around 250,000 artefacts to a more manageable 250 or so. 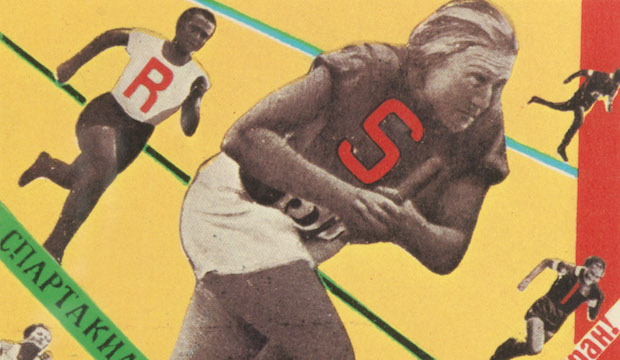 Through six large rooms, the multi-media material stretches from the first attempt to overthrow the Tsar in 1905 up to the relatively more liberal post-Stalin period, known as the ‘Thaw’.

Choosing not to dwell on the economic havoc wreaked by the Bolshevik takeover, the exhibition tells instead the story of how Russia swung violently from optimism to political terrorism and paranoia under Stalin and back again over the course of fifty years.

In the first couple of rooms, the enthusiasm for the heady days of the new Soviet state is palpable. Propaganda seems a dirty word today but then art with an unashamedly political focus was at the very forefront of the avant-garde.

These striking propagandist posters command your attention with colour — plenty of Communist red here — and imagery that shout as loudly as their titles: Emancipated Woman: Build Socialism!; Raise Higher the Banner of Marx, Engels, Lenin and Stalin!; Death to World Imperialism. 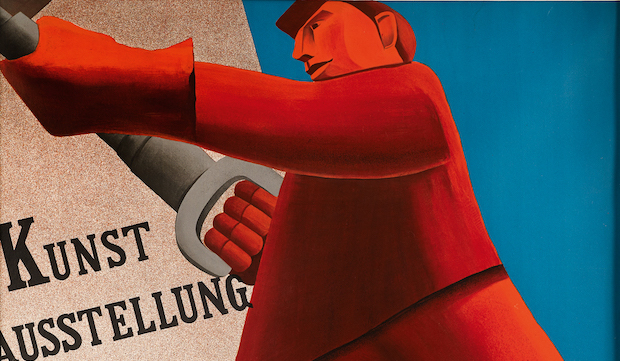 The latter piece reveals these artists’ surprising outward looking character. For them, Russia’s revolution was an international event. To further pull out this thread, the exhibition shines a light on the publication of USSR in Construction, one of the first international illustrated magazines. The issues were translated into several languages and bristle with impossibly cool photography and designs from Aleksandr Rodchenko and his Varvara Stepanova. Their excitement leaps from the page.

This multilingual, multicultural and collaborative vision would be submerged as the communist nation dragged itself into the 30s under Stalin and wouldn’t be picked again until the 1940s when the much-feared conflict with Hitler’s Germany became reality.

The need for a bold return to an earlier dynamism is particularly strong in the posters of Nina Vatolina — collector David King’s favourite artist — where images of the increasingly unpopular Stalin were exchanged for the ‘Motherland’ in order galvanise the public in the ‘struggle against fascism’.

These more colourful works are reserved for the final room while the exhibition spends time exploring the history of the Union, told mainly through a series of small artefacts — posters, postcards, photos, letters — that would have littered people’s homes. 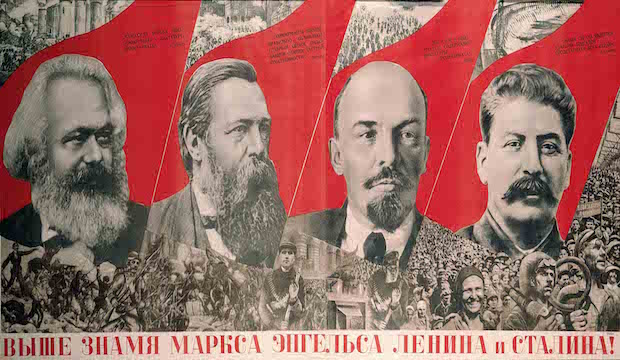 One of the exhibition’s more memorable displays discards with labels completely. A bank of mugshots of Stalin’s ‘enemies of state’ from the Gulag prior to their execution are left without names or numbers, which are provided in catalogues separately. Without identification, these citizens’ stares hold you uncomfortably.

This showcase of portraits is the centre piece of the room exploring the ways in which Soviet Russia erased traces of enemies through image manipulation.

On the whole, the team at Tate Modern have succeeded in the tough task of making a private collection amassed over several decades cohere and make sense. King’s personal interests hover behind Red Star Over Russia, so you may have to share his enthusiasm to really enjoy certain corners of this exhibition.

But generous and honest, Red Star Over Russia leaves a lasting impression of turbulent times that were as colourful and creative as they were cruel. 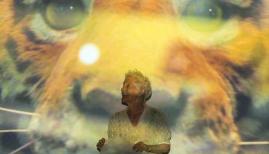 Review: All Too Human: Bacon, Freud and a Century of Painting Life, Tate Britain,
Sign up to CW’s newsletter
By entering my email I agree to the CultureWhisper Privacy Policy (we won`t share data & you can unsubscribe anytime).
5