Verdi’s librettist Arrigo Boito condensed Shakespeare’s Merry Wives of Windsor and scenes from Henry IV, parts 1 and 2, to stunning effect, producing a rollicking narrative that puts Falstaff centre stage and in deep trouble as those merry wives conspire to outwit him.

Henry Waddington stars as the absurd Sir John Falstaff with a strong supporting cast, including Yvonne Howard (Fairy Queen in ENO’s hilarious Iolanthe) as Mistress Quickly and Soraya Mafi – who recently won acclaim for her Tytania in Britten’s A Midsummer Night’s Dream at the Coliseum – as Nannetta.

The new production is by Bruno Ravella, who made his debut at Garsington in 2015 with an widely praised production of Strauss’s Intermezzo.

Making his long overdue house debut in the pit is Richard Farnes, winner of the 2017 Royal Philharmonic Society Conductor of the Year award. Farnes was from 2004 to 2016 music director of Opera North, where he presided over many landmark Verdi productions.

Falstaff is sung in Italian with English supertitles. There are 10 performances, each with a long dinner interval. Public booking opens 10am, Tues 20 March. Advertised prices include a voluntary development donation of £70. There is a pre-performance talk at 5pm on Monday 18 June. Trains from Marylebone to High Wycombe take about 30 minutes, and Garsington provides a bookable shuttle bus to the opera house. 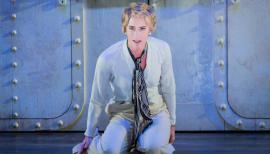 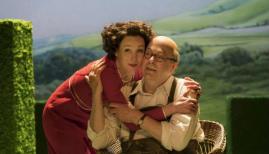