After impressing at the Hampstead Theatre, David Hare's The Moderate Soprano brings the charming story Glyndebourne opera to the West End

David Hare’s story of Glyndebourne Opera House from pipe-dream to British institution is the warm, witty love letter to opera that fans of fine frocks and Mozart will expect and enjoy. After a sellout opening at the Hampstead Theatre in 2015, Jeremy Herrin's production comes to the Duke of York's Theatre.

It’s not a play to disprove any notions that West End Theatre is dominated by the white, well-educated elite. But it does tell the fascinating story of ‘Snobs on the Lawn’ with plenty of charm and some thought provoking reflections of the meaning of art, tradition and national identity.

Roger Allam is on fine form as a plummy, persistent John Christie who has big dreams for his own garden. Along with his soprano singer wife Audrey Mildmay (Nancy Carroll), Christie sets about building a new British tradition, with a new opera house in his own Sussex country estate. 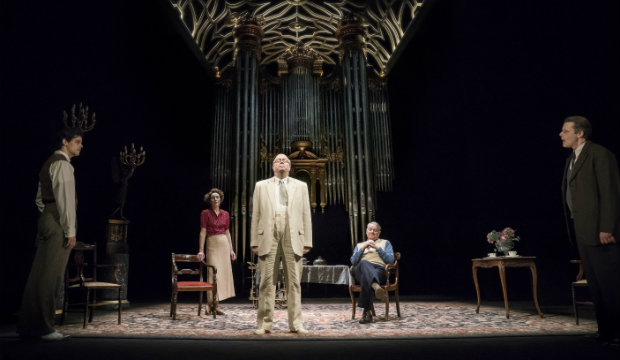 Cue lots of lively opining about Wagner and in-jokes about Così Fan Tutte, all of which are met with hearty laughter. Mirroring Christie’s passion for opera is a more personal love story, as we see a vivacious husband/wife team with a dream, and later snippets of postwar life where John is nursing an increasingly ill Audrey.

The more thought-provoking drama comes from the political backdrop of his true story.

The worrying rise of the Nazis in Europe means that some of Germany and Austria’s most distinguished directors and conductors are willing to take a chance and take refuge in this unknown, sleepy corner of England.

Christie’s dismissal of their stories about Hitler’s underhand tactics feels like a timely reminder of the futility of maintaining that stiff upper lips and British resolve in the face of escalating unrest. There’s just enough satire in Hare’s loving portrayal of these dreamy upper classes to give the play bite, but The Moderate Soprano isn’t here to challenge or provoke discussion.

Instead it’s an rousing story of love – passion for opera and devotion to your partner – and a wonderful opportunity for opera buffs to chortle away at all the in-jokes. 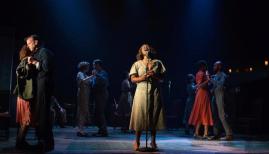