Janáček's From The House of the Dead review ★★★★★, Royal Opera House

Janáček's last opera is rarely staged. Will this new production bring it to the fore?

In its first ever production at the Royal Opera House, Polish director Krzysztof Warlikowski makes the same mistake, but at the start: instead of allowing the expressive and translucent overture to describe the churning world of the prison life we are about to enter, he clogs up the works with projected text, its English cadences quite at odds with what is happening in the music.

Janáček's melodies were inspired by the rhythmic patterns of speech: we don't need this transcript of an interrogation, or, next, the philosopher Michel Foucault's essay on incarceration, or, later, a young man's morbid reflections.

Moving the action from the time of Dostoevsky – author of the novel on which the opera is based – to present day serves more purpose. Małgorzata Szczęśniak's seedy design is well-observed, although many details are too small to see from most of the house.

We can recognise from regular headlines the violence that springs from a toxic mix: men with grudges and disappointments confined together in a small space, with too little to do and few chances to work out their resentments. Small wonder that, when the prisoners put on plays, the lives of the characters and the actors become fused, and women, represented by men in drag, a passing prostitute (Allison Cook), or crude stuffed dummies, are the victims.

The score may have once been thought skeletal, but it has a host of moving parts. The percussion section of the Orchestra of the Royal Opera House, conducted by Mark Wigglesworth, is so augmented that it spills up into the stage-side boxes. Perhaps nothing is as chilling as the rattle of chains.

But look beyond the director's superfluous additions, and you see and hear terrific company work by soloists and chorus, actors adding their physical energy in this vivid portrait of lives wasted and corrupted in what is fundamentally an incubator of vice.

Outstanding are tenor Nicky Spence, making an impressive Royal Opera House debut as prison clown Nikita, whose jokey facade splits to reveal first impetuous spite, then atonement triggered by remorse. The Danish bass-baritone Johan Reuter is Siškov, whose micro-detailed backstory has all the hallmarks of a past gone over ad nauseum for want of a future to work on. Bass-baritone Willard W. White is the frail political prisoner Alexandr, with Russian bass Alexander Vassiliev as the inconsistent prison governor.

'It's not one for a first date,' said the person on my left. The woman on my right looked at her watch at regular intervals. In other words, this is one for Janáček nuts. And tough nuts at that.

From the House of the Dead is sung in Czech with English surtitles. There is no interval.
by Claudia Pritchard

From the House of the Dead, Royal Opera 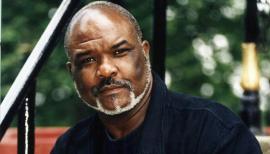