Young lovers thwart the commercial ambitions of greedy parents when they attempt to put their daughter on the market, in Smetana's lively opera

TRY CULTURE WHISPER
Receive free tickets & insider tips to unlock the best of London — direct to your inbox
Smetana's opera, first performed in 1866, was such a flop that the composer, Bedrich Smetana had to dig into his own pockets to defray costs. There will be no such problems with this production directed by Paul Curran, in which the Act Three circus comes to town in style. No wonder the gentle giant Vašek falls head over heels for the sparkling performer Esmerelda. 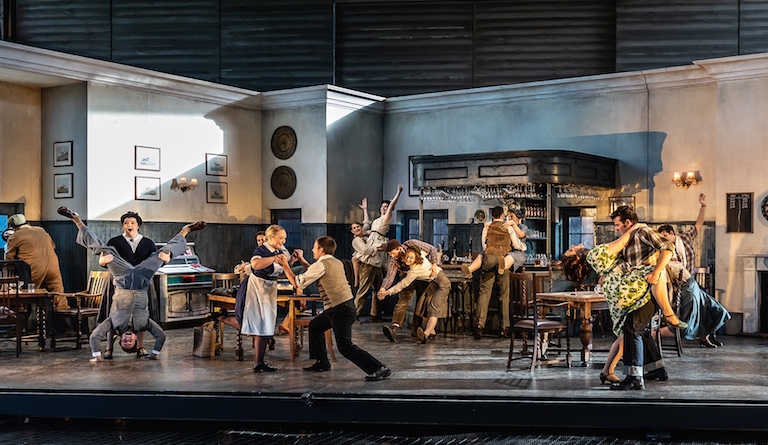 At the hop, in The Bartered Bride at Garsington Opera. Photo: Clive Barda

And what a delightful surprise that Lara Marie Müller in this role proves to be a singer, and a very accomplished one, not one of the circus artists at all, for all her athleticism. Happy twists and turns of this sort bob up throughout this merry piece, in which the prospect of one hard-up couple's daughter being forced to marry against her will, to pay off a debt, is never a real threat, and in which every few scenes bring an excuse for a dance.

Smetana's gift for dance music is mined by choreographer Darren Royston, who picks up on Kevin Knight's updated, 1950s setting with 20th-century dance moves alongside the maypole. You can think of The Bartered Bride as one of the opera world's best musicals.

As the 'bartered bride' of the title is soprano Natalya Romaniw, seen most recently this spring at English National Opera in Jack the Ripper: The Women of Whitechapel and shortly to appear in the title role of Iolanta for Opera Holland Park. As Marenka, she is in love with the somewhat truculent Jenik, sung by tenor Brenden Gunnell, and resists the match with Vašek. 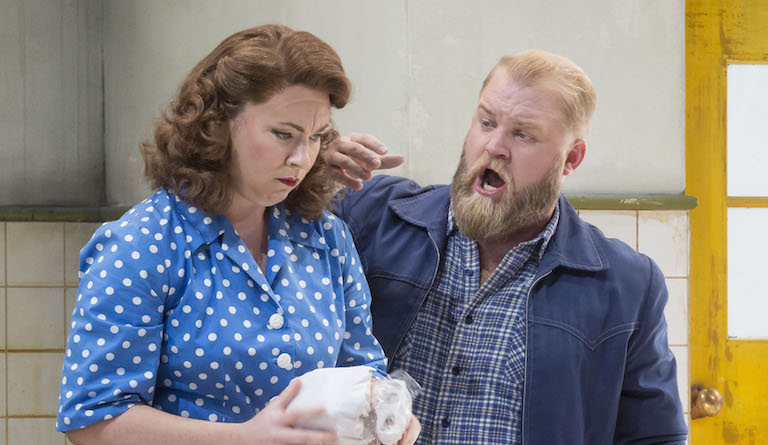 By the end of the shenanigans, Vašek has joined the circus and Romaniw is turning cartwheels. Is there no end to this amazing singer's talents? Firm and feisty as the defiant daughter, she melts beside her lover, and her final big number is ravishingly beautiful. Bass Joshua Bloom as the persuasive town mayor and fixer Kecal gives a performance as smooth and rich as the hot chocolate most of the audience must have fancied on a chilly first night, but with promising weather ahead for the next opera of this year's quartet, Don Giovanni.

The show opens in the church hall, with preparations for a town affair, the vicar popping the overture on to the record player. Marenka and Jenik squabble in the kitchen over piles of buttered bread while the local nurse puts the people through their dance routines. There is a rare charm and warmth about this production. 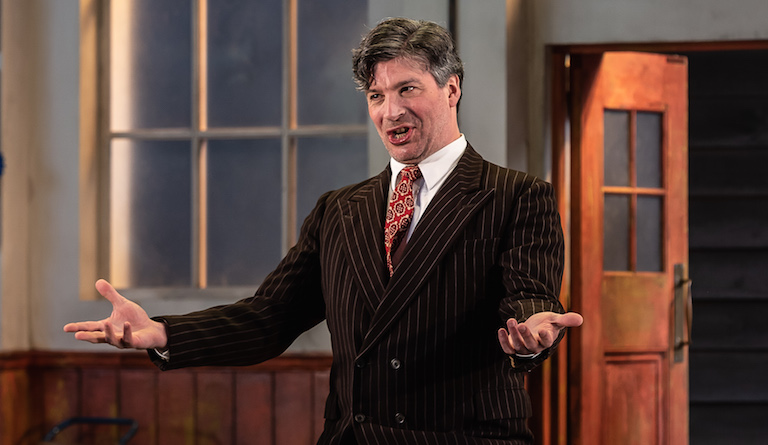 With a picture of the young Queen Elizabeth over the pub door and English pints all round (and often over Jenik), some question the wisdom of singing this comedy in its original Czech. True, not many of us get the gags, or any of it, come to that. But there is a case for the language being part of Smetana's colourful scoring. The plot is so simple, the acting so clear, we know what's going on. I like to hear languages I can't understand: it reminds me that lovers are sweet and silly and parents ambitious and foolish all the world over. Na zdraví!