On the eve of a royal wedding, a stranger tries to lighten the sombre mood of the princess bride, in Offenbach's tender opera, being given its first UK staging

1 CW reader is interested
Fantasio, Garsington Opera review 3 Fantasio, Garsington Opera review Claudia Pritchard
Bounce, kick. Bounce, kick. We all know the Can-Can, but how well do we know the composer of its rhythmically compulsive music? Jacques Offenbach is very much in the opera headlines this year, the bicentenary of his birth. And it is for his comic operas that he is best remembered.

But like so many artists with that rare gift for making others laugh, he aspired to loftier things. With his opera Fantasio he hoped to show his more poetic and romantic side. The piece was a flop when it was first staged in 1872, and fell into instant obscurity, so much so that it took until only a handful of years ago to pull together a full score.

And so it is that the British staging of Fantasio is taking place nearly 150 years on, at the resourceful Garsington Opera. Would it worth the wait? 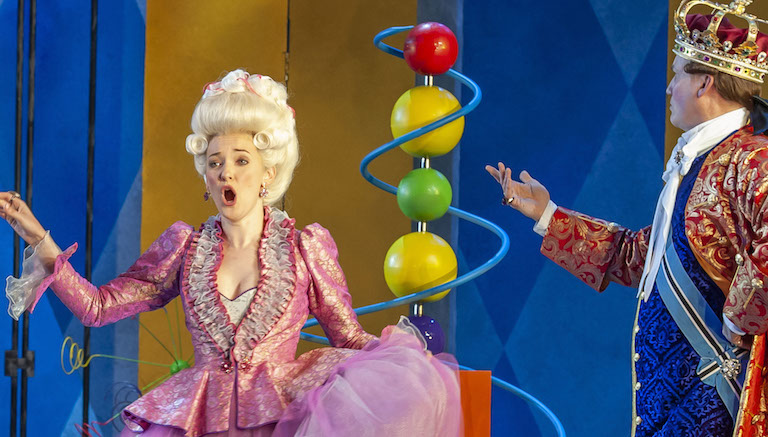 On the plus side, working their socks of at this agreeable house are two game and gifted singers, the mezzo-soprano Hanna Hipp and soprano Jennifer France. Hipp in the title role plays a poetic funster who assumes the mantle of court jester to the King of Bavaria; the gormless monarch's daughter, sung by France, must marry the Prince of Mantua to secure peace between their respective states.

The princess, Elsbeth, is reluctant, the more so when she discovers in the new court jester her real soulmate. Cue costume and identity swops, parental disappointment and resolution.

All of this hokum diddles along to a lively score underpinned by Offenbach's trademark rhythmic tics and fruity orchestration, Garsington Opera Orchestra and Chorus in full flight under conductor Justin Doyle, making his Garsington debut and deserving of a medal for valour.

French, who was a sparkling Susanna in Garsington's Le Nozze di Figaro two years ago, sings Princess Elsbeth. She is got up like every little girl's idea of a princess, pretty in pink, with bubbly laughter in a voice as nimble as a kitten up the curtains. 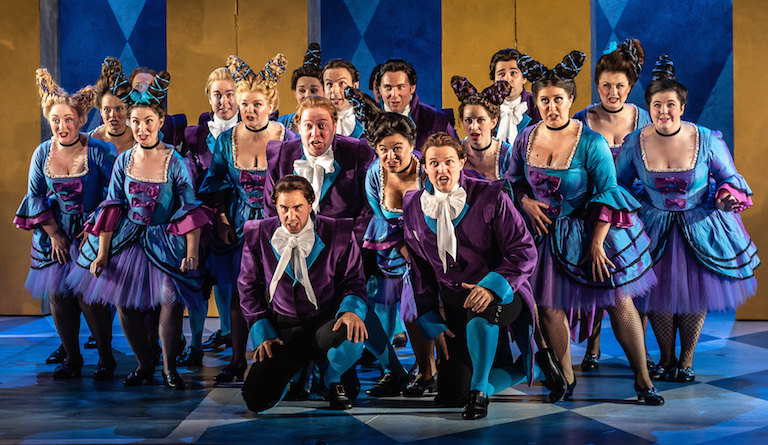 Hipp as Fantasio is a delight, funny, feisty and in fine voice, her solid low notes suitably and comically masculine. She is one of the treasures of Garsington after her eye-catching appearance in 2018 in the spellbindingly beautiful Strauss Capriccio. London audiences also saw her over Christmas as Hansel in Hansel and Gretel. The many 'real' chaps seem leaden by comparison, but that's part of the joke in Martin Duncan's production .

Ah, the production. In Francis O'Connor's design, think vintage Play School crossed with Teletubbies and you are in the right colour palette. Toy flowers, a fountain like the children's corner in a high street bank.... You get the picture. It's Very Colourful.

Supporting characters are similarly, unrelentingly in primary shades, good/bad happy/sad. If I had been cheerful Duke of Mantua, I would have got the first horse out of Munich. All credit to Huw Montague Rendall for giving it a go, with Timothy Robinson as his put-upon sidekick. 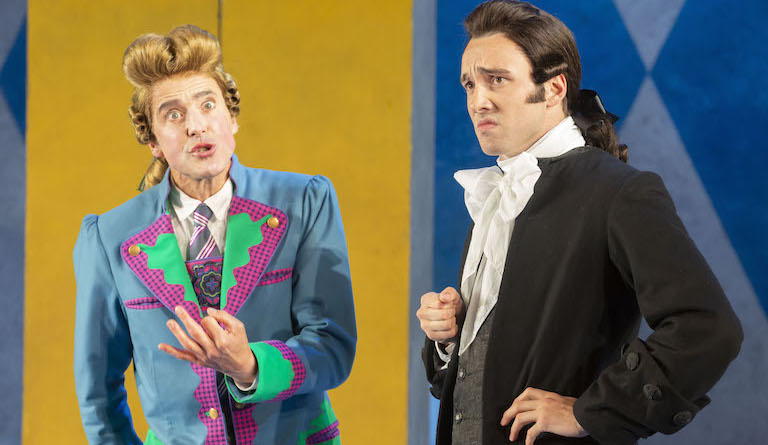 So was it worth the wait? Probably not, truth to tell, despite Jeremy Sams's optimistic translation. Opera completists will add it to the trophies – one American couple in the audience had travelled from Los Angeles primarily to see this rarity. But London and surrounding area is packed with amazing productions of proven works this summer.

My new American friends were in for a better Garsington evening with The Bartered Bride the next day, and the company's Don Giovanni is also worth changing your plans for. 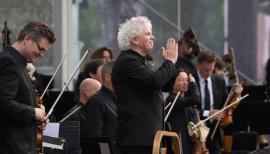