The Turn of the Screw, Garsington Opera review ★★★★★

But don't wait until then to enjoy this singular place. The opera bringing to a close the four new productions at the heart of this outstanding season is a perfect fit for a house that comes with its own lighting effects.

The Turn of the Screw by Benjamin Britten is adapted from the novella by Henry James, a piece that the composer first encountered in a radio adaptation at the age of 18. Then he would have been half way between the ages of its main protagonists: two orphans, Flora and little brother Miles, and the Governess who is persuaded by their sole relative, a diffident uncle, to take them in hand. 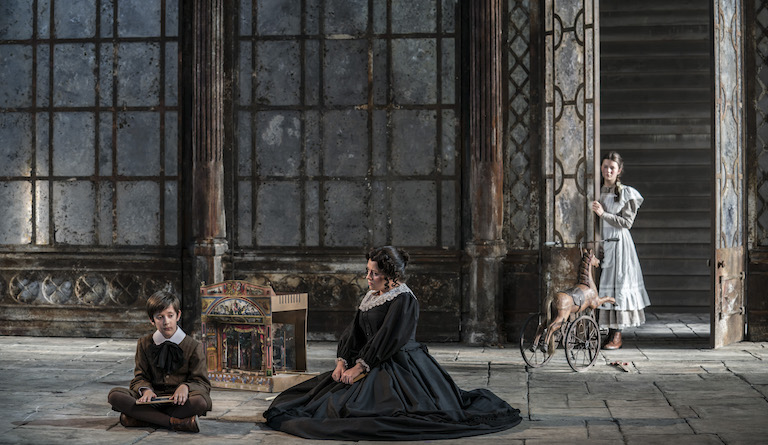 The Governess (Sophie Bevan) gets to know her new charges in The Turn of the Screw. Photo: Johan Persson

As she sets out on her reluctant mission, the Governess is determined to shelter her young charges from unwholesome aspects of the adult world. At first, her new life at Bly is filled with innocent laughter and games in the sun. But sinister presences soon cloud this optimistic new start, and as night falls in the gardens outside the auditorium, so too the dark forces of evil overcome the valiant efforts of governess and housekeeper to protect the young.

Director Louisa Muller, making her Garsington debut, understands what it is for women and children to be scared to death, and there is genuine terror in the vulnerability of this frail household. And while her production has a head start with nature's own lighting effects, it also boasts a top-notch cast, a suitably grand but distressed design by Christopher Oram, unsettling lighting by Malcolm Rippeth and mesmerising playing by the Orchestra of Garsington Opera under Richard Farnes.

Britten's finely-wrought score winds between beguiling solos and sharply focused ensemble work with eerie combinations of instruments. This distinctive sound-world resonates perfectly through the intimate auditorium and constantly suggests the fragility of the household's situation. 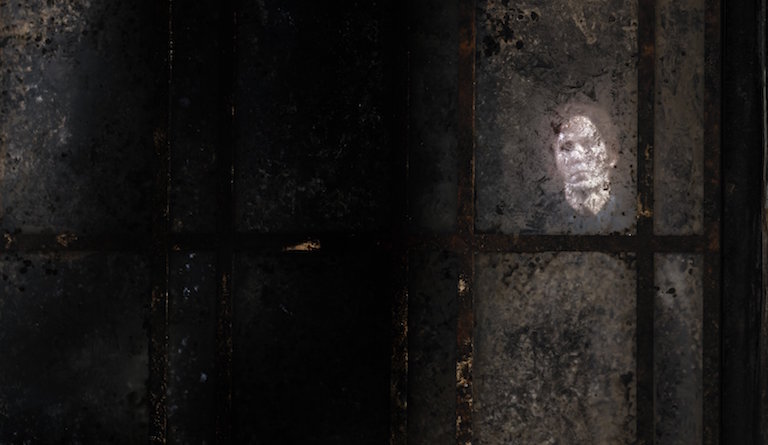 As the Governess, soprano Sophie Bevan gives an actorly performance steeped in integrity and luminosity of tone. Her Mary Poppins enthusiasm sinks quickly under the weight of suspicion, for Britten's score and the libretto by Myfanwy Piper, with the composer's own interventions, move at great speed. There is none of that 'behind you' frustration here for the audience.

The Governess – she is never named – is quick on the uptake. She sees, or senses, as we do, the menace of a man servant, Peter Quint, who has died, and who continues to exert an unnatural influence over the boy, Miles.

The tenor Ed Lyon sings both the prologue, in which the uncle's detached raising of the children is explained. These children, it transpires, have lost parents, grandparents and their last governess. They live in a world of the dead.

Lyon appears again as the menacing Quint, a jack-the-lad who charms the boy and the Governess's predecessor Miss Jessel alike, with sexual ambiguity in this unsavoury triangle. Sung with unnerving beauty, who would not fall under this character's spell? 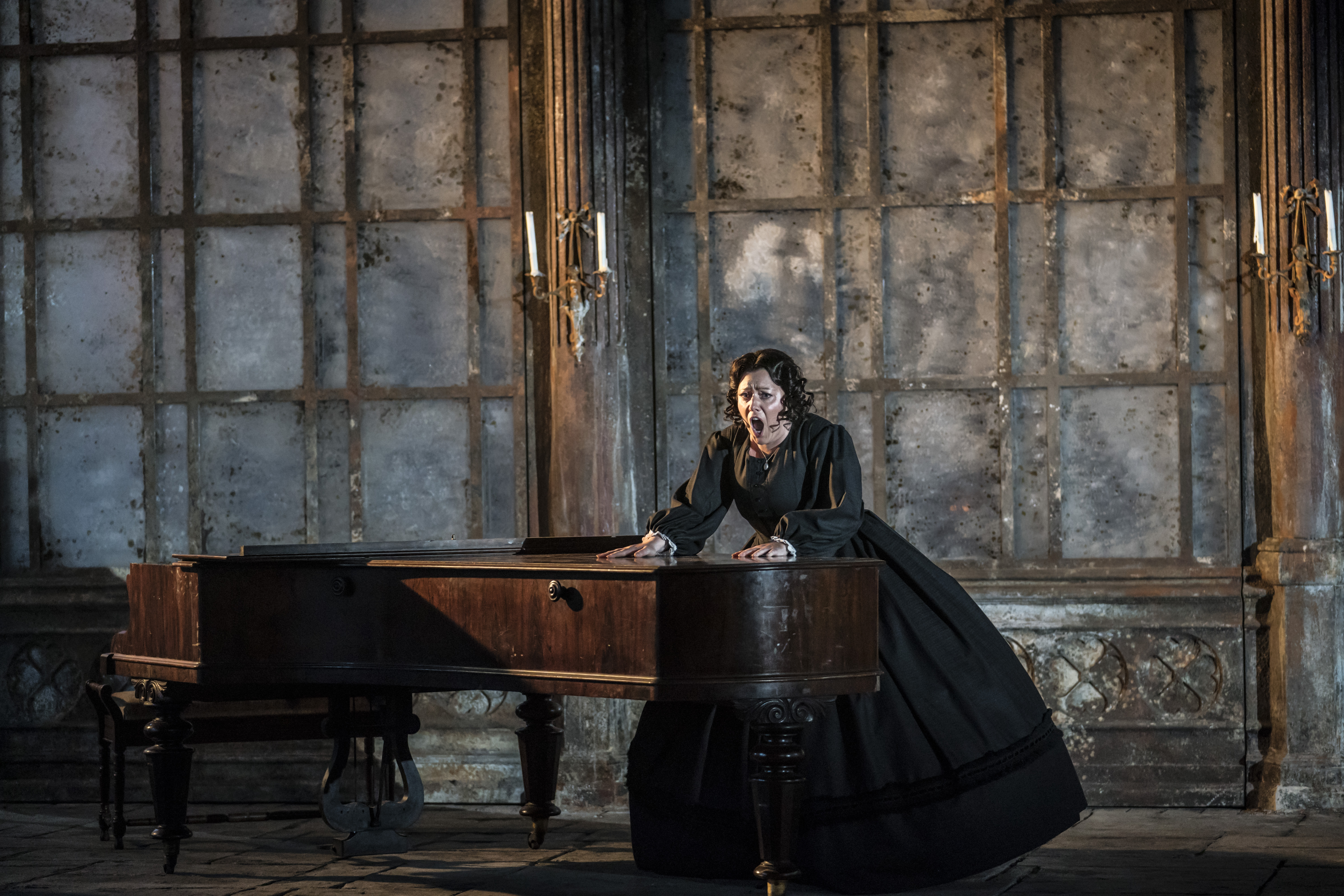 The Governess (Sophie Bevan) is overwhelmed by her task. Photo: Johan Persson

Mezzo-soprano Katherine Broderick sings the dead governess with thwarted passion that the grave cannot extinguish. She appears from a stream beside Oram's hugely impressive, decaying mansion – a slick of water which, in the second act, swallows up more of the house and claims another victim.

Moving in their swaying black crinolines like pawns in a giant chess game, the Governness, the spectral Miss Jessel and the good-natured housekeeper Mrs Grose (Kathleen Wilkinson) are constantly outmanoeuvred by the unfettered Quint.

Britten makes no concession to the youth of the singers playing Miles and sister Flora, whose roles are shot through with eerie nursery rhymes. At Garsington, Leo Jemison and Adrianna Forbes-Dorant, already experienced performers on the opera and concert circuit, sang on first night with great conviction, charm and musicality.

The Turn of the Screw was first staged in 1954 at La Fenice in Venice, commissioned by the Biennale, and today, in the light of greater awareness of child abuse and grooming, is more unsettling than ever. At Garsington, the closing chords at the first-night performance were met by a long, thoughtful silence, before rapturous applause.

That acclaim could go for this Garsington season as a whole. Clear your diary for Garsington 2020 (28 May to 18 July) and watch Culture Whisper for details...

The Turn of the Screw is sung in English with English surtitles. Prices include voluntary £70 donation per ticket. Further performances on 4, 7, 13, 15 and 19 July. A pre-performance talk is given at 5PM on Thursday 4 July