A long-awaited debut ends in disappointment, but the resourceful ENO chorus comes up trumps

Both its new Iolanthe and the recent revival of A Midsummer Night's Dream have been a delight, and are sure to be back. Suspenseful new Marnie was terrific. ENO is on a roll, it seems. So it is terribly sad to see a new production of Verdi's La Traviata that falls so wide of the mark, and fails in so many ways.

All eyes were on this event because it is the first production directed by Daniel Kramer since being named artistic director of ENO in 2016. Everyone who admires ENO was hoping for the best, but musically and dramatically this production is a letdown, save for some valiant work by the chorus and starry glimmers in smaller roles.

Violetta, the courtesan eased into a simple country life by a man who truly loves her, is sung by soprano Claudia Boyle. The soprano made a big impression at ENO as Mabel in the first performances of Mike Leigh's production of The Pirates of Penzance, and her stratospheric high notes have definition. Further down the voice the notes become unfastened, but Kramer expects her to sing in impossible positions, which do nothing for your centre of gravity. There were similar intonation problems for South African tenor Lukhanyo Moyake, singing her new lover, Alfredo, and it is hard to believe in this tweedy innocent.

The opera opens in a mirrored brothel, crammed on to a Busby Berkeley-style disc, where all the men sport jaunty underwear and all the prostitutes are cheery. This cream-and-gold mirror-fest is so cluttered with playthings, ball pond, furniture, it is a wonder no one ends up in A&E. ENO's indefatiguable chorus does what it can, but the baubles are a distraction, and there is only so much pelvic thrusting anyone can take at the end of a long week. There's lots and lots of opera sex; that is, sex with your clothes on. 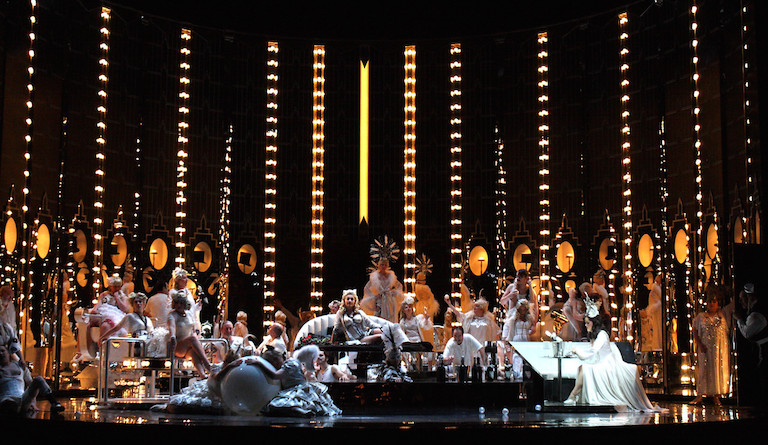 ENO's valiant chorus give their all in La Traviata. Photo: Catherine Ashmore

When, later, Alfredo's father appeals to Violetta to break off the relationship because it is ruining his own daughter's prospects of marriage, it can be one of the most moving things in all opera, but sadly, not here. ENO favourite Alan Opie as Père Germont is not at his most beguiling.

Uncharacteristically unfocused playing from the orchestra under Leo McFall (making his ENO debut) does not help, and moving the consumptive Violetta's death from the sickbed to a cemetery, in which she digs her own grave, is schlocky.

Even the soothing Doctor of Henry Waddington, possibly the best thing in the show, cannot heal this injured opera. Hear more of him in the title role of Falstaff at Garsington, from June.

La Traviata is a terrific work for newcomers to opera, but there is always another one along in a minute. Best give this one a wide berth, wait for Opera Holland Park's production from May, and at ENO look straight ahead to the return of Fiona Shaw's excellent The Marriage of Figaro, opening soon.

La Traviata is sung in English, with English surtitles. Click here for more information and tickets
by Claudia Pritchard 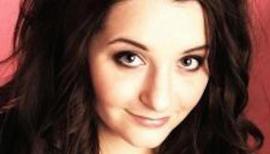 The end of the all-male concert: Trinity Laban unveils 50:50 programmes
Sign up to CW’s newsletter
By entering my email I agree to the CultureWhisper Privacy Policy (we won`t share data & you can unsubscribe anytime).