On the centenary of the birth of Leonard Bernstein, his daughter Nina remembers a musician who ‘lived many lives in one' and left behind a tremendous legacy 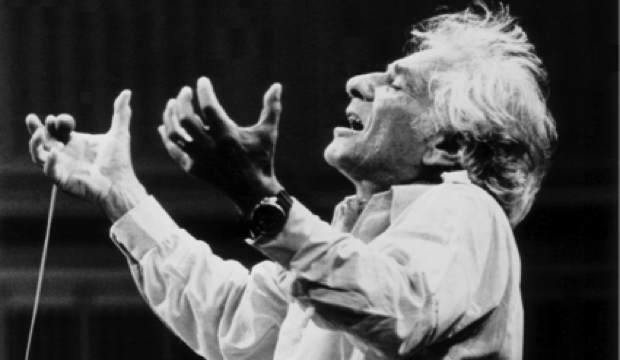 Leonard Bernstein, photo Paul de Hueck, c/o Leonard Bernstein Office Inc.
It is impossible to overestimate the sheer versatility of Leonard Bernstein; and the centenary of his birth this year provides a great opportunity to celebrate this colossus of 20th century music. Speaking on the phone from New York, his daughter Nina Bernstein-Simmons told Culture Whisper what the family hoped would be the focus of the commemorations.

‘Most people in the world think of Leonard Bernstein as number one, a conductor of the great classics; and number two the composer of West Side Story, both of those being true, of course, but that was not even a fraction of the totality of what he was. 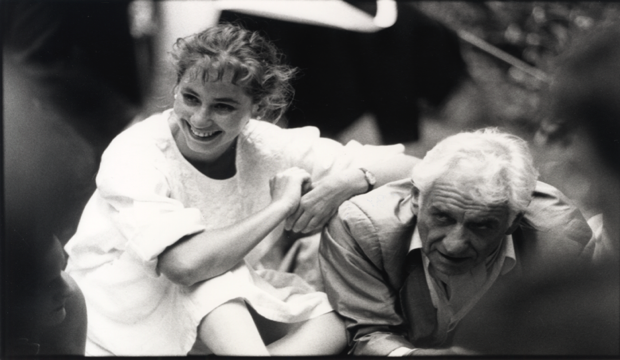 Nina Bernstein-Simmons with her father Leonard Bernstein
‘He was a tremendous educator, a composer of great breadth of style and of genre; he was a humanitarian of no small note, and these things are rare. He was able to accomplish so very much in a relatively short time, and we feel that this is worthy of note, of taking a moment and celebrating.'

All that was a sign of his lust for life, his love for his fellow human beings.

‘He lived many lives in one… my take away is the immense curiosity that he had about people and about life and art. You can’t do as much as he did without an innate curiosity and thirst for what the world can offer. He was able to absorb so many things and reimagine those things in his creations.’

Leonard Bernstein saw musical education as an integral part of his work; his pioneering televised young people concerts in the late 1950s were the first contact many children in the USA and abroad (this writer included) had with classical music; his Harvard lectures on music were erudite, yet accessible.

As composer Leonard Bernstein is responsible for some of vibrant tunes that time cannot efface, particularly in his works for Broadway, among them West Side Story and On the Town.

‘He enjoyed composing for Broadway and for a time he tried not to, because his conducting mentor, Koussevitzky, begged him to stay within the realm of "serious" concert music… but he just couldn’t stop himself, he couldn’t help writing a tune and he had feet in both worlds, he just wasn’t going to limit himself. His detractors on both sides felt he should choose, stick to one thing. That’s just not what he was about.’

Bernstein had a special affinity with dance and a fruitful collaboration with the choreographer Jerome Robbins.

‘They were brilliant collaborators. They had an almost telepathic way about working. It’s said that when they were first working together my father would sit at the piano and Robbins would stand behind him with his hands on his shoulders and somehow convey what he imagined into the genre and Leonard came out with the music at the piano.’

And it is through dance that Britain’s Royal Ballet is celebrating Leonard Bernstein’s centenary with a triple bill that includes the first re-run of choreographer Liam Scarlett’s 2014 work The Age of Anxiety, created on Bernstein’s Symphony Number Two . 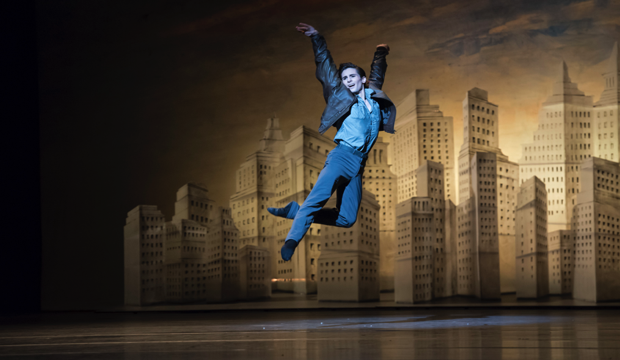 The Royal Ballet, The Age of Anxiety, dancer Tristan Dyer (c) ROH 2014, photo Bill Cooper
Symphony Number Two was inspired by W. H. Auden’s long poem The Age of Anxiety, and both illustrate the pain and disillusionment their creators OH felt in the aftermath of World War II

Born in the USA into a family of Ukrainian Jews, ‘my father was a very deeply religious man, though later in life he was not a strictly observant one (…) He had a very strong attachment to God, but it was very personal.’

The final work in the Royal Ballet’s Triple Bill is Christopher Wheeldon’s dance to Serenade (After Plato’s Symposium), a piece which is particularly close to Nina Bernstein-Simmons’ heart.

'Serenade is one my very favourite pieces of his, because it reminds me so much of him as a human being. It’s by turns boisterous and tender and aching and silly at times; it’s jazzy within the context of a serious concert work, and this is very much what he was like as a human being.

‘I think it lends itself to dance because of that breadth of sensibility and because of the rhythmic variety, it’s kind of amazing how many colours it contains and how much variety of human emotion and experience it contains. I’m crazy about the piece and can’t wait to see it.’

Leonard Bernstein died of a heart attack in October 1990, aged 72. His memory, though, will live on.

The Royal Ballet's Bernstein Centenary Triple Bill is at the ROH from 15 March to 9 April.
Live cinema relay on 27 March.

The Age of Anxiety