Choreographer Martin Lawrance talks to Culture Whisper about dance, musicality, and Cut and Run, his new work for the Richard Alston Dance Company 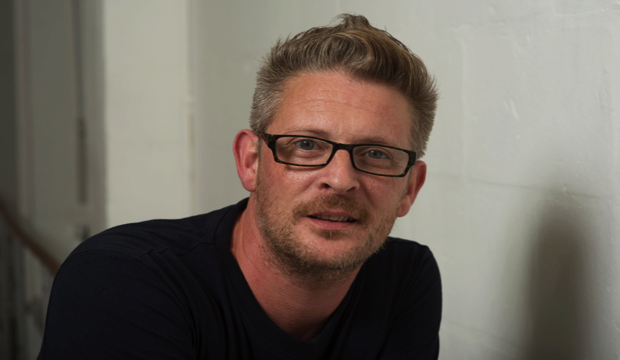 Martin Lawrance, photo Hugo Glendinning
Martin Lawrance bounds into a nondescript office at The Place like a small explosion of pent-up energy. He is a little late for our meeting, but you can’t hold it against him – the schedule for his day is so packed it’s a little scary; and London Underground hasn’t exactly been cooperative… He appears unfazed, though; you get the sense he thrives on the pressure.

Lawrance will talk to Culture Whisper, then he’ll take the dancers of the Richard Alston Dance Company through class. Immediately after they’ll all board a train to Exeter, where the company continues an extensive nationwide tour of which his latest work, Cut and Run is a part.

So, it seemed appropriate to start by asking Lawrance about Cut and Run. As with every work of his, the genesis of Cut and Run began with the music – in this case, two pieces by contemporary classical composers.

‘The first one is by an English composer, he’s from Leeds, Damien Legassick, that’s called Evolve, and the second piece is called Yo Shakespeare by Michael Gordon, he’s from New York.’

Both pieces blend contemporary classical, rock and alternative music; both are loud and textural and have been generally pronounced ‘undanceable.’

‘I find it so danceable and so do the dancers of the company! So, I listened to both pieces of music for about three, four months before I even got into the studio [and] I could see certain dancers dancing to certain bits of the music.’ 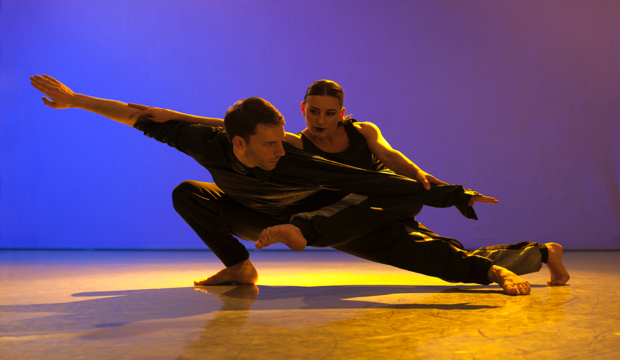 ‘When I was listening to the music I was on sabbatical in Manilla in the Philippines. There’s lots happening [there] with the government, all the drug lords, there’s lots of dark stuff; so, I think that’s come out within the piece and the music… Yesss… that’s why I called it Cut and Run, because there’s not a narrative, there’s little situations that you see evolve.’

Cut and Run will be presented as part of a programme called Mid Century Modern, which celebrates the fiftieth anniversary of Richard Alston’s first foray into choreography.

Now somewhere in his 40s (dancers’ ages are such a closely guarded secret!) Martin Lawrance is Associate Choreographer with the Richard Alston Dance Company; but from 1995 to 2007 he was a company dancer, and one on whom Alston created many works.

If you work for a long time with Richard Alston, whose style is so distinctive as to be immediately identifiable, you cannot but be deeply influenced by him. However, one of the many interesting things about Martin Lawrance’s work, is that although it clearly comes from the Alston stable, it is very much Lawrance’s own.

'I always see myself as more of a straight-legged version of Richard, if you know what I mean (laughs) I love the floor! (…) It is within the Alston umbrella musically (…) and we use the same dancers, but I think in the mix it pushes the dancers in a different way and that’s exciting for me and exciting for them (...)

‘I love classical form, you’ll see lots of retirés, arabesques, lots of curves and tilts but in a tougher way than Richard, I think.’

What both Alston and Lawrance have in common is an abiding musicality, which in Lawrance’s case is all the more extraordinary if you bear in mind that his parents were both deaf, his first language was sign language, and he didn’t listen to music until his early teenage years.

‘I got my first mini-hi-fi in the 80s and started to really listen to music. Richard’s always called me a musical dancer, so there must be something… my stepmom used to do tap classes and she was deaf as well; a lot of it is to do with the vibrations, and what is in the heart.

‘I don’t think you can teach a dancer musicality, they either have it… it’s an internal thing, OK, 5, 6, 7, 8' he snaps his fingers rhythmically, 'you can stay with the rhythm, but there’s an internal musicality.’

Martin Lawrance’s work as a whole is still evolving, as indeed is Cut and Run, where he admits he is still tinkering, even as the work is being performed. And with his vitality, creativity and above all deep musicality, we look forward to many more Lawrance works, be they for the Alston company, or for other dance companies In Britain and abroad where his dances are in high demand.