Hungarian director Laszlo Nemes is back with Sunset, a mysterious tale of a woman in a Budapest hat shop during the lead up to World War I

Sunset film review 3 Sunset film review Euan Franklin
For those fortunate enough to see László Nemes’s Son of Saul (a shallow focus nightmare set in a concentration camp) in 2016, his follow up carried some pressure. And we probably couldn’t have guessed where he’d go next: a hat shop in 1910s Budapest. But despite Nemes retaining a immersive and claustrophobic visual style, facilitated by now-regular cinematographer Matyas Erdely, Sunset isn’t nearly as powerful.

Irisz Leiter (Juli Jakab) is a young woman who arrives at a famous hat shop in Budapest, which shares her name ‘Leiter’. It was her parents’ company before they died and left her orphaned. She gains an audience with Brill (Vlad Ivanov), the head of Leiter, and asks for a job. Soon she learns the existence of a brother, who caused a great deal of savage harm to the community. Despite various warnings and shushes, Irisz tries to seek him out.

It’s uncertain, and left unclear, why Irisz is so intent on finding her brother and risking her life in the process. We can browse through the reasons why, like finding the only family she has left – but that seems too obvious in the environment that Nemes and co-writers Clara Royer and Matthieu Taponier have created. There’s a mystery in their version of Budapest, smothered in smoke and filled with strange places. It’s like Nemes is guiding us through a labyrinth of colourful tunnels, with every turn leading somewhere new and intriguing; in a posh bedroom one minute, in a bizarre circus the next. 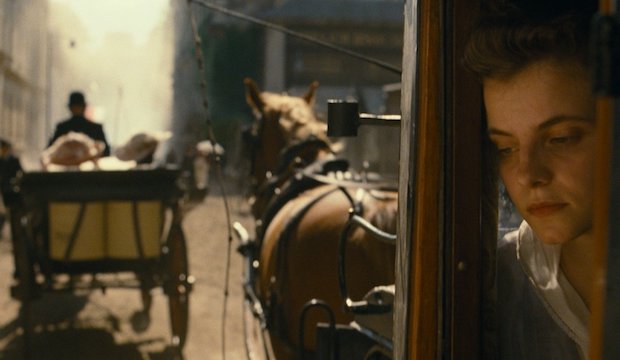 Juli Jakab is a mysterious hat-maker in Sunset

But why is she pursuing her brother? Why is she defying her eventual boss Brill? Why does she risk her safety? Again, this is left ambiguous. But it’s not a mystery with the same intrigue and surrealism employed by filmmakers like David Lynch or Haruki Murakami, it’s all together more real than that. There's a confusing balance that Nemes doesn’t hold together too well, and the character suffers as a consequence – her reasons left to swirl with the smoke in the air.

There are similarities with another underwhelming arthouse odyssey – Sergei Loznitsa’s A Gentle Creature, released earlier this year. Admittedly, it’s less engaging than Sunset, but both films share the same mumbling and fumbling in their journeys – prioritising resonant and symbolic imagery over a more substantial sense of character. Irisz just does. And towards the end, like in A Gentle Creature, the plot becomes incomprehensible – in a way that’s annoying rather than mysterious.

Sunset is a disappointment, but not a travesty. There are elements to Nemes’s direction that are easy to be swept up in, especially in how the visuals pull your eyes into Irisz’s journey. It’s only a shame that she’s the least interesting thing in the entire film. 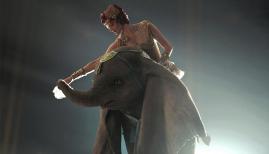 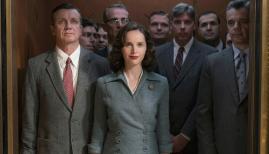