Charlie Plummer makes a star turn in Lean on Pete, the latest from British writer-director Andrew Haigh about hardship with a soft heart centred on a boy and his horse

Lean on Pete film review 4 Lean on Pete film review Daniel Lewis
'Never work with children and animals' may be a cardinal rule of TV but it doesn’t really apply to film. And it certainly doesn’t apply to this film which tracks the movements of Charley, a plucky, placid and persistently grubby teenager, and ‘Lean on Pete’, the racehorse he saves from the slaughterhouse, across the wild, expansive landscapes of America’s Northwest. 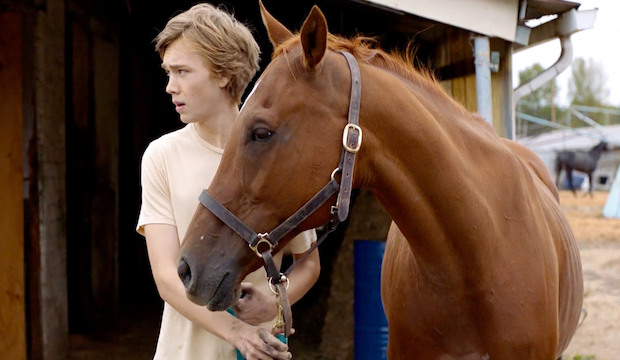 Lean on Pete is the latest work of writer-director Andrew Haigh, undoubtedly a rising star of both the big and small screen (his HBO drama series Looking made a critical splash), whose previous films also expertly managed to make much of very little. 2011’s Weekend focused on two men who meet and start an intense relationship over two days and 2016’s 45 Years plumbed the murky depths of a long-lasting marriage (which earned Charlotte Rampling a Oscar nomination for Best Actress).

This film builds on the strengths of those earlier efforts, placing most of its attention and emotional weight with its unlikely central duo. Others edge into the frame – Charley’s feckless father (Travis Fimmel); a would-be father figure, Del (Steve Buscemi), an amenable but largely apathetic horse dealer; Bonnie (Chloë Sevigny), a jockey who can’t fill the role of Charley’s absent mother and other characters Charley encounters on his odyssey—but it always comes down to the boy and his equine friend. And then the boy himself (Equus, this is not).

All these performances are impressive in their own ways but they play second fiddle to Charlie Plummer’s Charley whose performance here is leaps and bounds ahead of his half-baked character in All the Money in the World, who was similarly in search of protection and affection. His slightly delirious confessionals to the horse in the dreamlike, and then nightmarish world he wanders through could have surrendered to sorry sentimentality but they ring true. 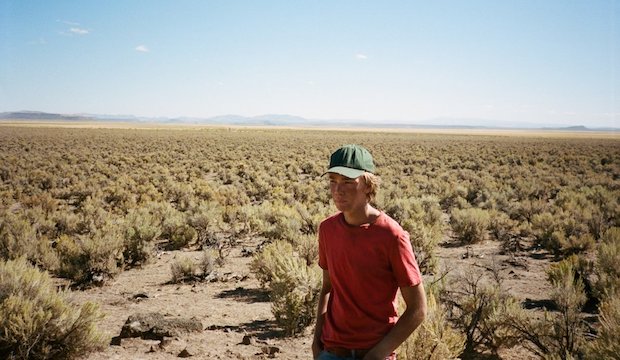 It’s further proof of just what an artful composer Haigh is, handling a whole range of tonal shifts in the film, some subtle, some shocking. Lean on Pete also marks Haigh out as a director who, like Sean Baker in last year’s under-appreciated The Florida Project, is not afraid to stare the fact of abject poverty in America in the face. This is the other side of the weird wonderland of Portland and of the country, peppered with thousands of underdeveloped communities of which Charley is only one unusually resilient example.

Although Lean on Pete is Haigh’s longest feature, it doesn’t quite count as his magnum opus (45 Years takes home the gold). But it bodes extremely well for the ones to come which will no doubt survive by breaking some more of those hard and fast rules.