Cecil Beaton was born into a middle-class suburban family, but had aspirations beyond the life that this situation promised. This exhibition tells the story of this ambitious photographer, whose charm and talent would see him elevated to the upper echelons of English society.This stylish show has it all – glamour, drama, love affairs – detailed in chatty wall texts that fill out the lives behind the wide-eyed faces in his photographs.

Among his subjects are The Bright Young Things, a group of theatrical aristocrats fond of drinking, dressing up and getting their antics published in the tabloids, but his earliest models were his sisters, Baba and Nancy. These young women were elegant and chic, and thanks to their brother’s photographs, featured in the leading magazines of the day, soon becoming celebrities in their own right. Thanks in part to their brother they married well, just as Beaton hoped they would. 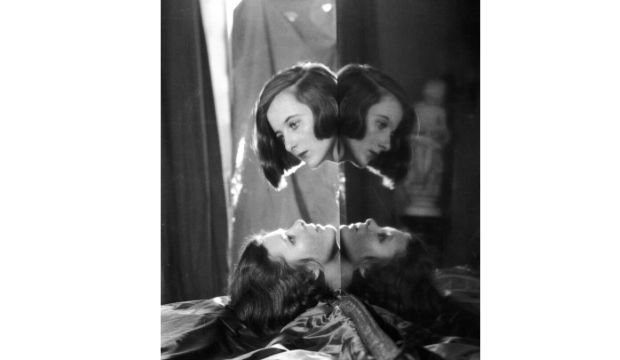 After a great deal of schmoozing as a freelancer, Beaton received a contract with Vogue (this exhibition is curated by contributing Editor to Vogue, Robin Muir). He soon made a name for himself and, before long, his social circle included famous writers of the day, such as the famed war poet Siegfried Sassoon, who had an intense relationship with friend Steven Tennant, one of Beaton's closest friends. There is a slightly blurred image of Sassoon here, looking less than happy (he reportedly hated having his photo taken). He was a serious man, who had fought in the trenches, was older than Beaton and his friends and less than comfortable with their frivolous lifestyle.

Beaton’s friends certainly liked to party. A whole room of this exhibition is dedicated to a single, memorable night at his home in Ashcombe, Wiltshire. The guests dressed as characters from mythology in costumes that he designed (there are some excellent efforts at Roman deities here) and they partied into the morning. But Beaton's forays into design didn’t end at private functions. In 1965 he won two Oscars for My Fair Lady, one as costumer designer, and one for production design. 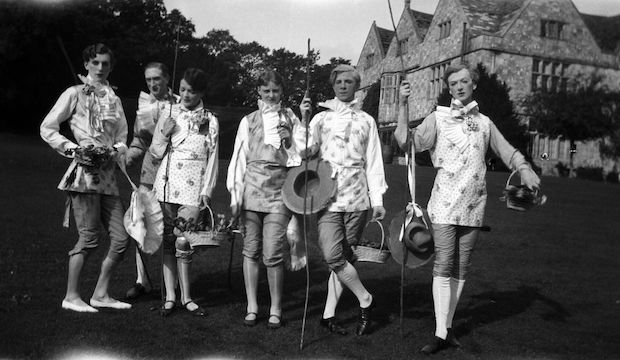 The second world war would bring the carefree days, and the era of the Bright Young Things, to an abrupt end. Close friends were killed on the battlefield and the parties stopped. Beaton’s career took a hit, too. For reasons that he apparently never fully explained, he sent an anti-Semitic illustration to American Vogue. The magazine swiftly severed all ties with him, and, with his reputation in tatters, he was forced to redefine (and redeem) himself, finding work as an official war photographer. But the story running through this exhibition ends at the outbreak of the second world war. Very little is made of his career thereafter, of his time in Hollywood and his work as a royal photographer. Instead, this show is about a brief, carefree time of frivolity and decadence, when the influencers of the day were photographed in soft focus, dripping in sequins. It gives a snapshot of the era of Jazz and parties, of the people who inspired Evelyn Waugh's novels. And for an hour of escapism, is well worth a visit.