Beardsley's illustration of Salome kissing the severed head of St John the Baptist is the poster image for this exhibition at Tate Britain. It’s easy to see why. Not only is this work (made for Oscar Wilde’s play, Salomé) a fine illustration dripping in Beardsley’s trademark stylishness, but it also combines his two preoccupations in life; sex and death. 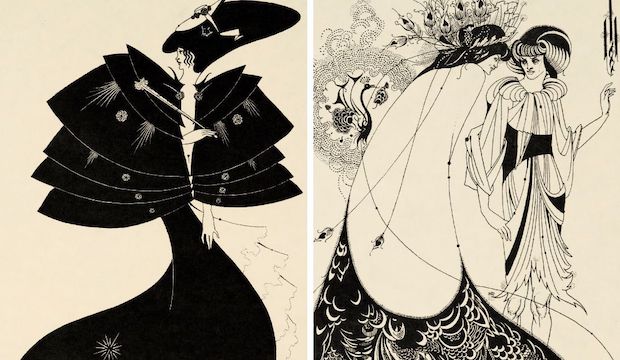 This exhibition displays 200 of Beardsley's works. Almost everything he produced was drawn in black ink, so the gallery walls are painted in bright colours to make the images seem all the more dramatic. And, to bring us closer to the man himself, there are self-portraits, plus portraits made by his friends. Beardsley was a tall, sinewy young man, with a distinctive profile and long, elegant fingers. He dressed like a dandy, despite his limited means, and at times his style bordered on the androgynous, with low-cut jackets, sporting feminine puffed sleeves.

Beardsley was deliberately pushing the boundaries of Victorian propriety, in his art, his dress, and the company he kept. When Oscar Wilde was put on trial because of his sexuality, Beardsley’s reputation suffered, too. There is no evidence to suggest that he was interested in men, but he had illustrated Wilde’s play, Salomé, and was a member of the writer's social circle. As a consequence, he lost his job as editor of The Yellow Book, a fashionable and risqué quarterly magazine. 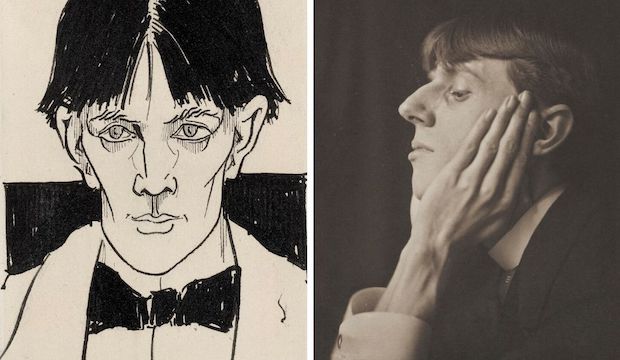 As Beardsley’s health worsened, he focused on making work that embraced the absurd even more fervently than usual. For these drawings he illustrated a play written by the Greek writer Aristophanes, as a pretext for some pretty outrageous scenes. In this play of Classical Greece, the women of two warring cities withhold sex to convince their husbands to lay down arms, and the result is sexual frustration all round, played out in Beardsley's depictions with some truly elephantine phalluses. On his deathbed, and in the throws of a sudden surge in Catholic feeling, Beardsley asked his friend to destroy these works. Evidently, his friend ignored this request.

The last room of this exhibition examines the legacy of this fin-de-siècle provocateur, in the works of illustrator Harry Clarke, the art of the 1960s and the work of contemporary cartoonists, such as Gerald Scarfe.

This extensive exhibition is as stylish as Beardsley's drawings, and it is easy to get drawn in to the details. His work is fun, funny, dark and lascivious. The costumes he invented for his elegant figures influenced set designers well into the 20th century, and no doubt will influence many more. He sought notoriety, and achieved his aim. Speaking of his work he said 'I am nothing, if I am not grotesque.' But there is much to enjoy here, even if giant penises aren't your thing.