From soup cans to sixties psychedelia, this immersive exhibition at Tate Modern shows off Andy Warhol’s theatrical side

From the very first room of this exhibition at Tate Modern we are introduced to Andy Warhol the outsider, the young gay man growing up in the industrial town of Pittsburgh, Pennsylvania. He was the son of Catholic immigrants from modern day Slovakia, an awkward, shy and artistic boy, who went to the local museum for drawing lessons. But Warhol’s rise to stardom, and the dramas that surrounded him, typify the reality of the American dream. That is to say, he would find success, but at a cost.

Warhol began his career in advertising and loved the democratising nature of everyday brands. ‘You can be watching TV and see Coca-Cola, and you can know that the president drinks Coke, Liz Taylor drinks Coke, and just think, you can drink Coke, too,' he once said. 'A Coke is a Coke and no amount of money can get you a better one.’ He treated the image of a bottle of Coke or a tin of soup the same way he did the image of Marilyn Monroe or Elvis Presley. Fame (and the famous) was a commodity, and one he learned to exploit. 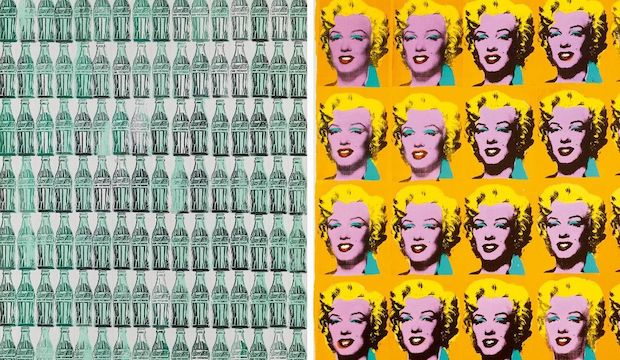 Alongside images of Coke bottles and soup cans hangs a series of more arresting images. On one canvas Warhol repeatedly printed a graphic photo, taken of survivors as they crawl from a deadly car crash. In another work, coloured bright pink, a dog attacks the leg of black man at a race protest. But the exhibition moves straight from these troubling images to a room lined in reflective silver wallpaper. In the next gallery, large helium balloons mingle in the air, recreating an installation from 1965 that was to mark Warhol's apparent retirement from painting in favour of filmmaking. That the curators step from tragedy to psychedelia with such ease perhaps reflects that Warhol was able to do the same, submitting disturbing subject matter to the same artistic treatment as the contents of his kitchen cupboard.

Warhol was to encounter a near tragedy of his own, the psychical and psychological effects of which would trouble him for the rest of his life. His New York studio, known as the Factory, became a popular hang-out for artists, models and actors. But one young woman, a radical feminist, took a disliking to the artist and shot him in the torso. At one stage, Warhol was declared dead, but medics managed to revive him and a 5 hour operation saved his life. This event changed him forever. He became nervous around strangers and was forced to wear a brace around his heavily scarred torso (a photograph of which is exhibited here) for the rest of his life. 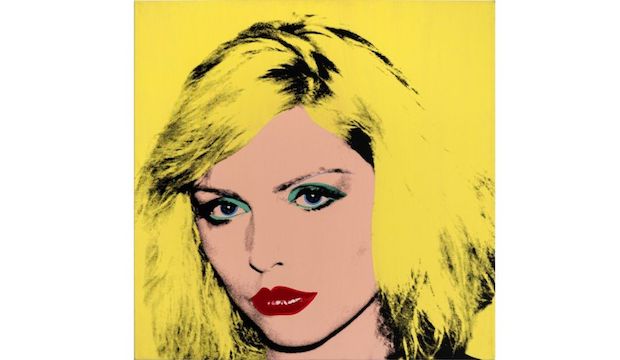 Despite this near death experience, Warhol continued to celebrate glamour and celebrity in his work, although death occupied his mind. In 1975 he produced a series of brightly coloured prints of black and lantinx drag queens and transgender women, which occupy a gallery of their own here. Debbie Harry features in the next room, a Marilyn Monroe for the 1980s. She makes an appearance, too, on Andy Warhol’s Fifteen Minutes (later called Warhol TV) a show that aired on MTV in the late 80s and included a wide cast of guests from David Hockney to Steven Spielberg. You can see clips here.

It’s difficult not to be caught up in the heady mix of bright colours and shiny surfaces, in the immersive installations (everyone appeared to be enjoying the helium balloons) and the many famous faces. And one thing is for sure, this exhibition does not require much of an attention span. But then, why shouldn't exhibitions be fun and thought provoking, prescient and frivolous? This one certainly is, and it is very good.