8 CW readers are interested
Steve McQueen exhibition, Tate Modern Steve McQueen exhibition, Tate Modern Emily Spicer
Steve McQueen is an over-achiever if ever there was one. Not only has he been awarded the Turner Prize, but he also bagged an Oscar, a Bafta and a Golden Globe for his 2013 film 12 Years a Slave. In 2006 he travelled to Iraq as an official war artist and in 2016 was granted the BFI's highest honour, Fellowship. There can be no doubt that McQueen is a force to be reckoned with, and his show at the Tate Modern, opening in February 2020, is sure to pack a punch.

The exhibition is set to bring together McQueen's immersive film and video installations of the last 20 years, exploring the auteur's output as a video artist. It will include 14 major works spanning film, photography and sculpture, including McQueen's first film, shot on a Super 8 camera. Also to be included is a moving video of the artist's cousin, who accidentally shot and fatally injured his own brother.

McQueen's 2002 work, Western Deep, will also be included in this exhibition. It presents a powerful exploration of the working conditions in a South African gold mine, focusing on the sensory experiences of the workers there. Aside from his many video pieces (McQueen is a story teller par excellence), visitors will also be able to see Weight (2016), a work first exhibited in the recently closed Reading Prison, where Oscar Wilde was imprisoned. Consisting of a gold-plated mosquito net draped over a prison bed, it confronts issues of confinement, protection, and the healing power of the imagination.

This will be one of the biggest and most talked-about exhibitions of the season, so be sure to book your tickets early. 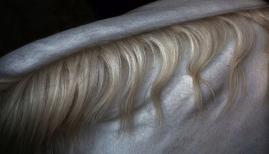 Art exhibitions in London this weekend
8