When Leckey was a boy, he played under a motorway bridge that crosses the M53. Built in the 60s, it represented a utopian vision, but by the 70s it was falling into disrepair and by the 80s – to Leckey’s mind at least – it was emblematic of a dystopian, even post-apocalyptic future. A life-size recreation of the bridge forms the setting for O' Magic Power of Bleakness, at Tate Britain, a theatrical installation, running for an hour, and beginning on the hour.

At the start of this work, the room is plunged into complete darkness and the haunting sound of singing seeps in from the walls. A number of video screens and projections then play disorientating images of a group of boys dressed in costumes designed by Leckey, outfits that resemble medieval attire, except that they are crafted from Adidas clothing. We catch snippets of their conversation and there is something strange going on. By the end of the sequence it seems that the children have been bewitched; they are confused and scared, bent over backwards by some strange magic. 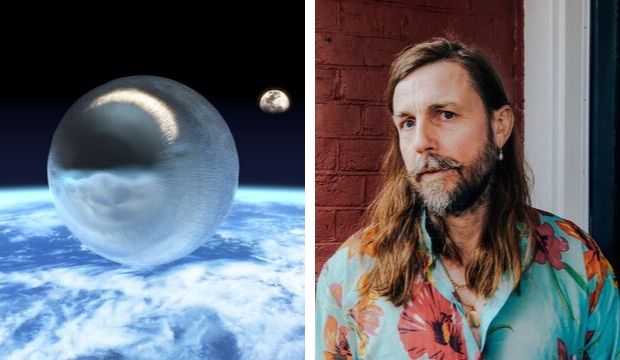 Leckey is interested in how 'folk memories are mutated through modern technology'. His theory is that the paranoias that brought about stories of witches and magic, live on in our modern times, but are transformed by our digitally driven lives. Leckey strengthens this point with computer-generated images of standing stones and dark-ages burial grounds, which echo the pillars beneath the bridge. The boys communicate on their mobiles, too, and at one point ghost emojis fill the screen, a contemporary echo of an ancient fear.

After the semi-narrative of the first 15 minutes or so, Leckey falls back on his earlier work, which combines almost nostalgic images from his youth with gritty realism in a disquieting montage. The eerie, almost Blair Witch atmosphere is now replaced by an equally unsettling sequence of space-age scenes from the 60s and clips from nightclubs spanning decades and fashions. There are interiors of houses, too, of bedrooms and kitchens with decor from the Leckey's childhood. If you are familiar with his work, you will have seen this before, but if you are not, the experience will seem strange and disorienting.

It costs £13 to enter the installation, and you will probably want to stay for the hour to get your money's worth. After the first 30 minutes, however, you will have experienced everything it has to offer.