An massive exhibition at the Saatchi Gallery which allows you to discover Tutankhamun, the boy king of ancient Egypt, is steeped in myth and magic


Everyone has heard of Tutankhamun, the boy king, whose tomb was discovered by archaeologist Howard Carter in 1922. It was a monumental discovery, one that hit the headlines across the world. Never had such an intact burial chamber been found, and the riches that accompanied the young pharaoh came to define the popular image of ancient Egypt. More than 150 of Tutankhamun’s grave goods have now come to the Saatchi Gallery as part of a touring exhibition, 60 of which have never before travelled outside of Egypt.

Tutankhamun, born almost three and a half thousand years ago, ascended to the throne at the tender age of 9. He inherits what was at the time the most powerful empire in the world, a kingdom blessed by the boundless bounties of the Nile and which controlled massive swathes of land across Northeastern Africa and Western Asia. Then, at the age of just 18, he dies suddenly. 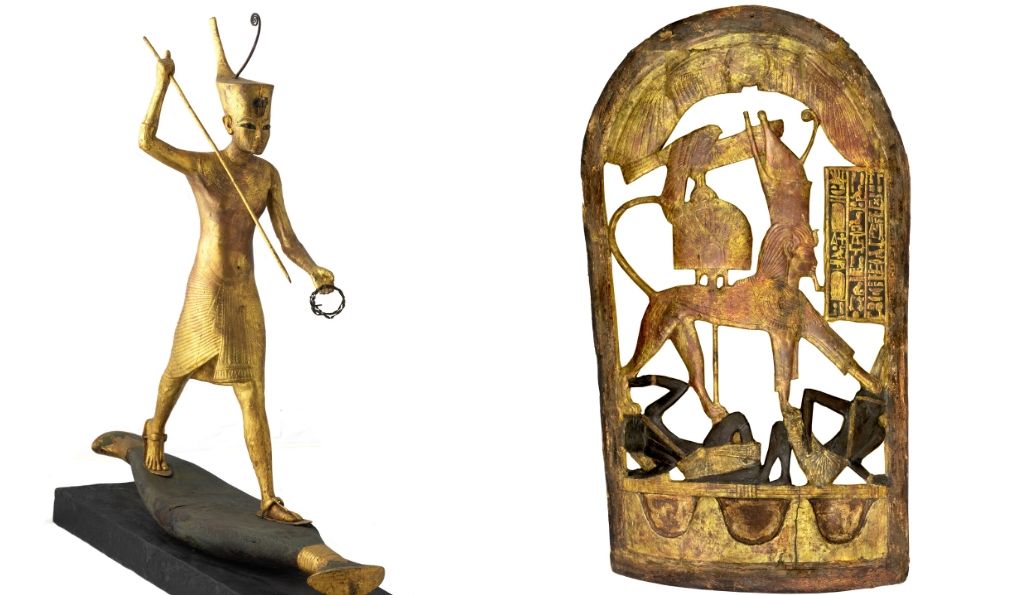 But for the Ancient Egyptians, death was by no means the end. This exhibition takes you on an epic journey through Tutankhamun's travels through the Netherworld where he battles panthers, crocodiles and lions in a Herculean saga to reach Paradise. Ancient Egyptians believed that this was a necessary rite of passage for all deceased souls, and mourners prepared their beloved King for his odyssey by entombing him in rooms filled with opulent funerary regalia, including six chariots, 365 'shabtis' or workmen effigies (one for each day of the year), food baskets, slings, whips, swords, daggers – even boomerangs.

Nearly every artefact has been designed to project an image of absolute power. We see gold leaf figures of Tut the lion tamer, the crusher of rebel Nubians, the unconcerned panther rider, the fearless chariot racer, and the insurmountable Sphinx. Nothing interrupts his assured gait or fazes his forward-looking gaze as he journeys towards Paradise.

One almost forgets that many of these valiant images were modelled after one who was already dead – probably killed from an injury after being weakened by malaria. Indeed, one of the most curious items on display encapsulates this disconnect between Tutankhamun the invincible ruler and Tutankhamun the frail boy who was born with a clubfoot. A cane with a handle curved in the shape of a 'captive' bending backwards in a posture of total subjugation, was used both as a necessary walking aide and, conversely, as a symbol of authority. 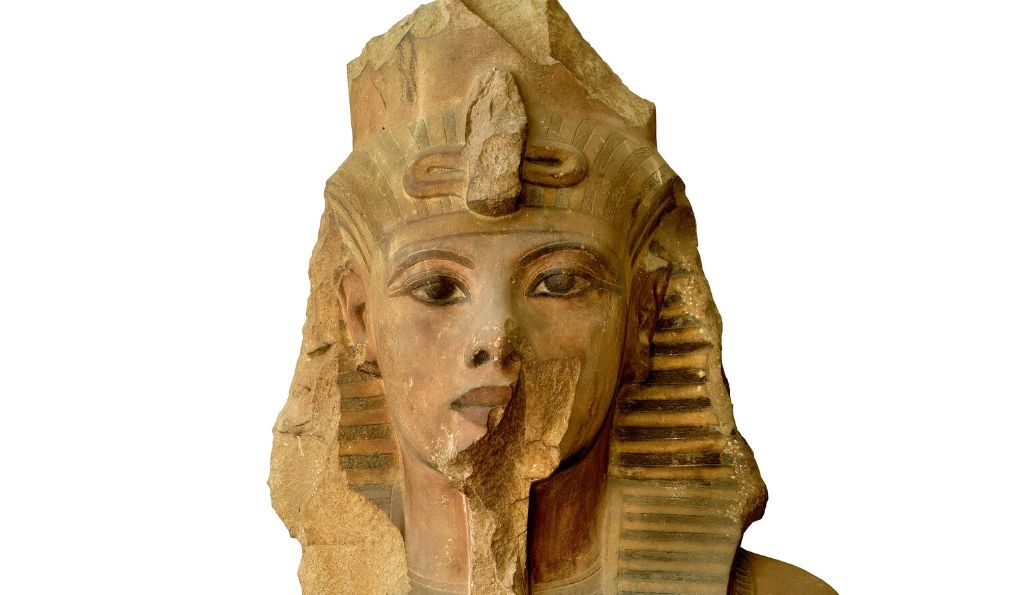 Well documented is also the discovery of the tomb by Carter, an archeological find so massive, that it would pave the way for excavation practices to present day. A video animation recreates the crucial moment when Carter unearthed the death chamber which had laid sealed off from the world for 3000 years. His financier and excavation partner, Lord Carnarvon, can be heard asking 'can you see anything?' to which Carter, peering down into a hole, breathlessly replies, 'Yes, wonderful things'.

Wonderful things indeed. The famous gold funerary mask is not on display (it is too fragile to leave Egypt), but this by no means takes away from the wealth of artefacts on show. One feels like they are almost speaking to the dead as they are confronted with vitrines full of ancient items: alabaster board games, an astonishingly preserved pair of linen gloves, dazzling amulets and statues of deities, all of which offer a rare window into a culture that seems at once alien and familiar. The exhibition allows you to experience the immense potency that images held for the Ancient Egyptians, whose daily rituals were governed by an unwavering belief in the occult properties of objects.

Once the exhibition finishes its worldwide tour of 10 cities, the objects will be housed in the Grand Egyptian Museum, a venue near Giza, yet to be completed. There is a slight commercial feel to the show through its promotion of the new site coupled with its flashy branding and choice of corny background music, but it will be hard for visitors to not feel genuinely moved as they make their way through the different rooms, especially at the moment when Tutankhamun finally reaches his celestial destination, uttering the words inscribed in the Book of the Dead: 'Here I am, I exist, alive, alive, enduring, enduring. I have awakened in peace'.