50 CW readers are interested
Picasso and Paper, Royal Academy review 5 Picasso and Paper, Royal Academy review Emily Spicer
We all know the legend of Picasso, the man in the striped shirt (or no shirt at all) who painted enormous canvases bristling with fractured violence, sexuality and hubris. He was not a man short on confidence or passion. Famed as a womaniser and so often cruel to the women he loved, he has been the subject of much scrutiny in recent times. His story has been told and retold through the eyes of his lovers and through the prism of every possible art historical perspective. But the Royal Academy has found the art world equivalent of a unicorn; they have found a new angle on Picasso.

Picasso was prolific. He loved to experiment, test compositions, reuse motifs, arrange and re-arrange. And he loved to draw. It stands to reason, then, that paper should play such a huge role in his life and there is a touch of irony in the fact that, with this most fragile of materials, he expressed such artistic muscle and macho brawn. 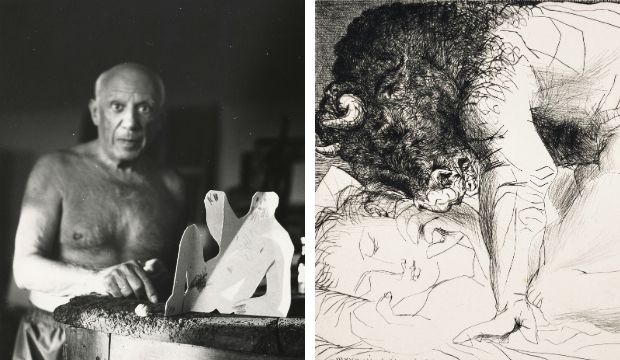 Beyond the pencil and the printing press, Picasso proved himself a hungry innovator. His collages include fragments of wallpaper and newspapers, and his cut-outs (the earliest on display were made when he was just 8 years old) demonstrate his sureness of hand. But he was also a hoarder. Once he had covered every surface of his home with stacks of letters, scraps of magazines and sketches, he hung papers from the ceiling, securing them with a bulldog clip. So as not to lose track of the correspondence that required his attention, he marked important envelopes with ‘ojo’ the Spanish word for eye, transforming the 'j' so that the letters resembled a face. There are examples of these doodles here, together with a tiny, sentimental watercolour of a bedroom, illustrating a passionate love letter to the 'ravishing' Gaby Depeyre Lespinasse. 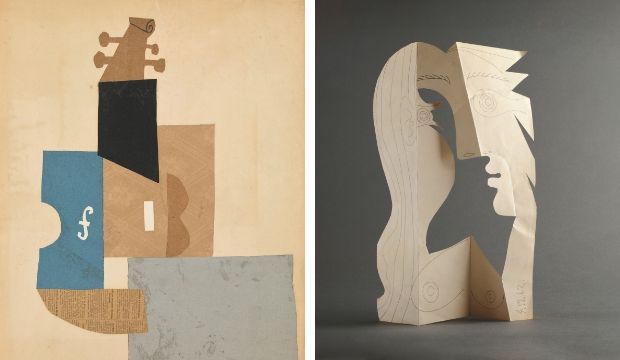 In the 1950s, he revisited the works of Édouard Manet. ‘When I see Manet’s Le Dejeuner sur l’herbe’ he said, ‘I think there will be trouble later on.’ In Manet's painting of 1863, which caused quite the stir, four people picnic in a wooded glade. The two men are smartly dressed and a woman paddles in a pond behind them, while a second woman sits entirely naked, staring out at the viewer. Picasso made 27 paintings of this subject and some 150 drawings, not to mention linocuts and cardboard figures. It seems he recognised a dynamic within this group that echoed his own complicated personal life.

Around this time, filmmaker Henri Georges Clouzot made a documentary capturing the artist at work. Using an inventive technique, he recorded the drawing process through back-lit paper, so that we can see the reverse of the image emerge line-by-line. This film, a charming work of art in its own right, shows Picasso's process of working and reworking and betrays his restless spirit.

This exhibition is ambitious in its scale and elegant in its realisation. You will come away feeling as though you have a deeper understanding of Picasso's personality and his voracious appetite for making art. Paper is, after all, a more personal medium than paint; it is held in the hand, carried and gifted. Through these pages, manipulated in every possible way, a fresh image of this much documented man emerges.

This will be a hugely popular exhibition. Click here to book your tickets for Picasso and Paper at the Royal Academy