An exhibition coming to the Queen's Gallery, Buckingham Palace, will show off extravagant George IV's love of art

George IV was an unpopular king. He was smart, learned and charming but his subjects took exception to the huge amounts of money he spent on his unbelievably lavish lifestyle. He liked women, wine, food and fine things, and the people footed the bill. But his saving grace, from our perspective at least, is that he had good taste. This November the Queen’s Gallery at Buckingham Palace will open an exhibition exploring the art that George collected and commissioned throughout his life from the finest tableware to wonderful gifts from Polynesian royalty.

George’s expensive taste was always getting him into debt. His coronation alone cost £240,000, approximately £21,700,000 in today’s money (his father’s had only come to about £10,000.) But parliament bailed him out on numerous occasions, a fact that surely made him all the more unpopular with public. The Duke of Wellington had distinctly mixed feelings about the king, describing him as ‘a magnificent patron of the arts,’ and ‘the most extraordinary compound of talent, wit, buffoonery, obstinacy and good feeling.’ 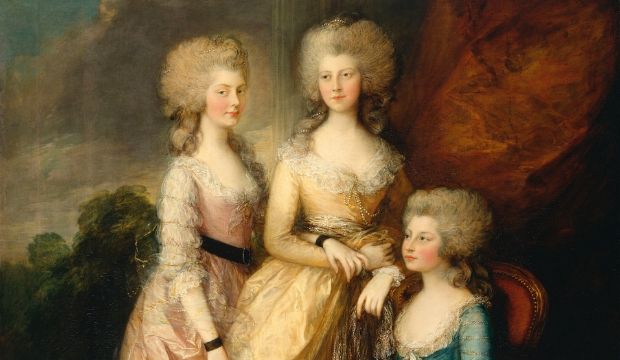 George died beset by a huge array of health problems caused by his over-indulgence, but left a legacy of superb artefacts. He commissioned the best portraitists of the era, such as Sir Thomas Lawrence and Thomas Gainsborough and was painted on horseback by George Stubbs, arguably the most famous equestrian artist to have lived. He also received diplomatic gifts from far and wide, including a red and yellow feather cape (‘ahu’ula) from King Kamehameha II and Queen Kamamalu of the Sandwich Islands (now Hawaii) and collected armoury from as far away as Japan.

George was concerned with architecture, too. Although he spent most of his time at Windsor Castle (which he redecorated), he also turned Buckingham House into a Palace, built the Brighton Pavilion and was responsible for the design of Regent's Street and Regent's Park. Even now, when we think of George IV, we think of the biting satirical cartoons from the era, which represented him as obese and incompetent and poked fun at his love of women and wine, but there was more to this man than sheer gluttony. This exhibition, with its fascinating array of items, promises to show us the King's more refined side.