14 CW readers are interested
Pre-Raphaelite Sisters, National Portrait Gallery, review 4 Pre-Raphaelite Sisters, National Portrait Gallery, review Emily Spicer
The Pre-Raphaelites, who counted William Holman Hunt, John Everett Millais and Dante Gabriel Rossetti among their founding members, have fallen somewhat out of fashion in recent times. To modern minds their tumultuous private lives appear more interesting than their art, which has been criticised as sentimental and 'boringly beautiful'. That, of course, is a matter of opinion, but there is more to the story of the Pre-Raphaelite Brotherhood than illicit love affairs and pretty pictures.

Behind the men – as is usually the case – was a group of women without whom famous paintings, such as Millais' Ophelia, would never have been made. Ophelia (a small copy made by the artist can be seen here) was inspired by the tragic character of the same name in Shakepeare's Hamlet, who drowns herself in a fit of despair. The model, Elizabeth Siddal, also died in tragic circumstances, overdosing on opiates after the stillbirth of her daughter. She was married to the painter Gabriel Rossetti, who famously exhumed her body to retrieve a manuscript of his poems that he had buried with her. But far from being solely an ill-fated muse, she was also an artist in her own right. 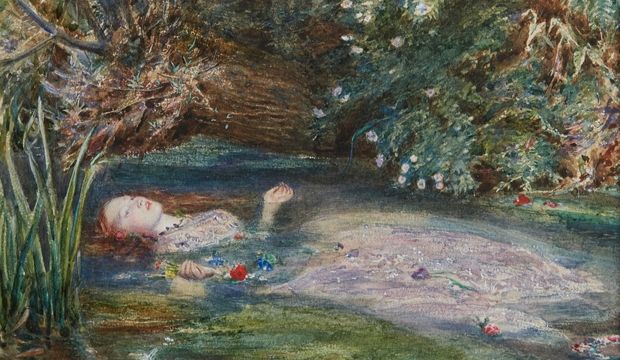 This exhibition tells the story of 12 women, all of whom bolstered the careers of their male counterparts, occasionally relinquishing their own ambitions in the process. Hitherto unseen paintings, manuscripts and photographs from collections across the world bring to light the overlooked role these women played in the development and success of the Pre-Raphaelite Brotherhood. Mainly due to the opportunities afforded to Victorian women, there is a risk that these 'sisters' might be seen solely as supporting acts, as organisers, costume-makers and models, whose unusual beauty attracted art history's ultimate boys' club. And some did, undoubtedly, live in the shadows of their husbands and brothers, but others, such as Jane Morris, transcended the Pre-Raphaelite obsession with lustrous hair and classical profiles.

Morris was set to become a domestic servant, and it is true that her looks saved her from this life. With her strong profile and splendid locks, she fulfilled the Pre-Raphaelite ideal and became a model for several of Rossetti's paintings. She then married William Morris, becoming a partner in his decorative arts firm. She was a talented embroiderer, too, and is described as a 'leading member of the arts and crafts movement.'

The painter Evelyn De Morgan was a close friend of the Morrises, and one of the first women to be admitted to the Slade School of Fine Art. She won an array of prizes for her artworks, and in order to pursue her career, gave up the leisurely life expected of an aristocratic woman, submitting herself to a punishing routine and earning enough money to comfortably support her and her husband, who worked as a ceramicist. 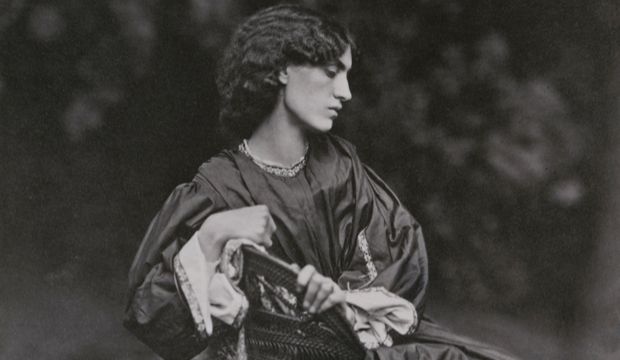 Take, too, Christina Rossetti, who appeared in several of her brother Gabriel's paintings. She had her own career as a writer and, while volunteering at a home for girls thought to be sexually 'at risk', she was moved to write the fantasy poem Goblin Market, a work about temptation and redemption. The work in turn influenced Lewis Carroll's Alice in Wonderland.

The exhibition moves through all of these women's stories one by one. Joanna Boyce Wells was an accomplished artist, whose career was cut tragically short due to complications after the birth of her third child. 'I have a talent and with it the constant impulse to employ it,' she said. She felt that this drive was the sign of a God-given gift, and 'no man has a right to say that that warning is to be unheeded.' Rossetti called her 'a marvellously gifted artist' and her delicate portraits are testament to her talent. The affectionate likeness of her infant son, on show, is finely realised and full of personality.

The problem with this exhibition was always going to be that most of the images we have of these women were painted by men who wished to see them as tragic beauties or angelic muses, rather than as real people. Effie Gray Millais, who married and then divorced the art critic and artist John Ruskin after their relationship was unconsummated, complained that a portrait he commissioned of her made her look like a painted doll, but that he was thrilled with it. However, the curators do as much as they can to acquaint us with the personalities behind the fantasy images of sirens, fallen women and forlorn lovers that populated the Pre-Raphaelite canvases. And they will take you on quite a journey.