23 CW readers are interested
Rembrandt's Light, Dulwich Picture Gallery Rembrandt's Light, Dulwich Picture Gallery Emily Spicer
Rembrandt (1606–69) used light like no other artist. He was an alchemist, able to transform paint into glowing flesh. Early in his career, his portraits were smooth, taught affairs. Skin was highly finished with a polished application of paint but, as he aged, the prolific self-portraitist loosened his technique in sympathy with his own sagging cheeks and roughening features, and so the light he painted became scattered across furrowed brows and pooled in the watery eyes of his sitters.

An exhibition opening at the Dulwich Picture Gallery in October focuses on Rembrandt’s unparalleled mastery, beaming in on the years 1639-1658, widely considered to be his most innovative. At this time he was living in his dream house at Breestraat, in the heart of Amsterdam, now the Museum Het Rembrandthuis and the cold northern light that streamed in through the windows provided the illumination for some of his most recognisable works.

35 paintings will be brought together for this exhibition, which aims to tell the story of the Dutch master’s revolutionary handling of atmosphere, including works that have never been displayed before in the UK. One such painting is Philemon and Baucis (1658), usually housed in the National Gallery of Art, Washington, in which the elderly couple of Ovid’s Metamorphoses discover that they are hosting Jupiter and Mercury in their home. The glow of an unseen candle illuminates the cosy scene, so rich in shimmering, warm tones, it might have been rendered with liquid gold. Jupiter's tunic sparkles, drawing the eye to his Christ-like aura of benevolence as he insists the couple spare their best goose from sacrifice.

This exhibition promises to be a treat. It is 350 years since Rembrandt’s death, but his paintings remain relevant and innovative. No one before or since has quite captured tenderness and drama in the way that he did and with such stubborn individuality. He often flew in the face of convention and fashion, labouring to create art that served to push forward the possibilities of paint and the rendering of light. Nothing concerning Rembrandt will disappoint. 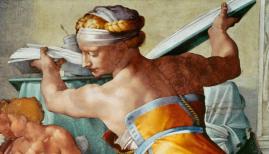