The world’s oldest biennale is set to open its doors this May with its 58th instalment. Art, in all its guises, will be presented through 91 national pavilions spread across the Giardini and Arsenale, accompanied by dozens of satellite events dotted throughout the city.

With so much to see, the Venice Biennale can be a heady, overwhelming experience. And there’s something to be said for getting lost in the crowds or happening upon a church that has been transformed into an art gallery. But to give you an insight into this year’s top picks, we have brought together a selection of some of the most exciting projects on offer, in what might just be the art capital of the world.

The Venice Biennale runs from 11 May to 24 November. 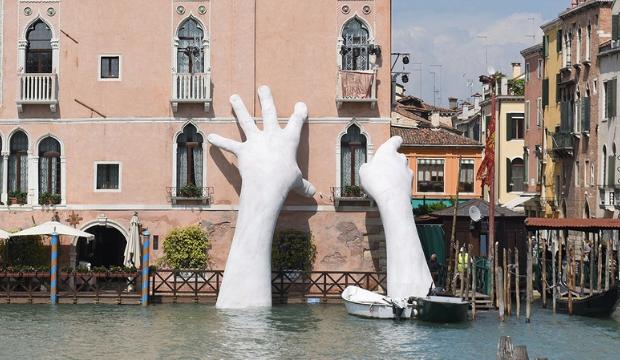 What You Need to Know

This is the art world’s largest event and this year’s title is May You Live in Interesting Times. We certainly do, and the art going on display is set to deal with a whole range of issues, from gender and religion to borders and migration.

The Biennale gives countries and individuals the opportunity to express identities and values that are rarely aired in a political forum. Algeria, Ghana, Madagascar, Malaysia and Pakistan will be joining the event for the first time.

Ralph Rugoff, currently the director of the Hayward Gallery in London, will be curating the biennale and American born artist Jimmie Durham will be awarded the Golden Lion for Lifetime Achievement. Durham is an essayist, sculptor, poet and performance artist with a strong interest in human rights. 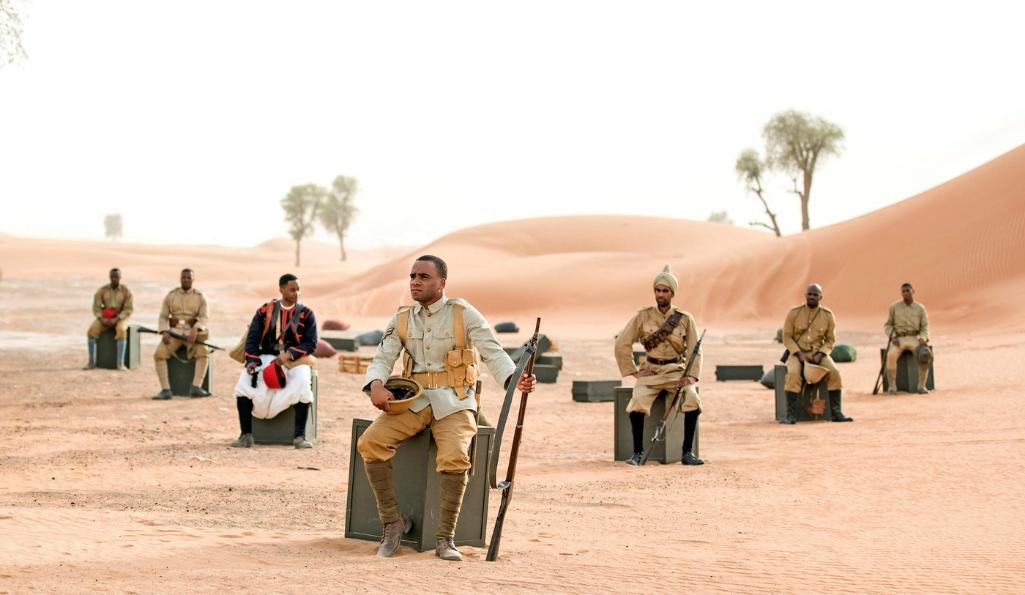 This will be Ghana’s first national pavilion and it’s a strong debut. Exhibiting artists will include El Anatsui, winner of the Golden Lion for Lifetime Achievement in 2015, and British painter Lynette Yiadom-Boakye, who was shortlisted for the Turner Prize in 2013.

Also exhibiting are renowned filmmaker John Akomfrah and photographer Felicia Abban. There will be some newer faces, too. Ibrahim Mahama who has exhibited at White Cube and Saatchi Gallery, reuses fabrics to explore globalisation, migration and economic exchange and Selasi Awusi Sosu makes video installations that examine the properties of glass.

The pavilion will be titled Ghana Freedom after a song composed by E.T. Mensah on the eve of the country's independence in 1957. 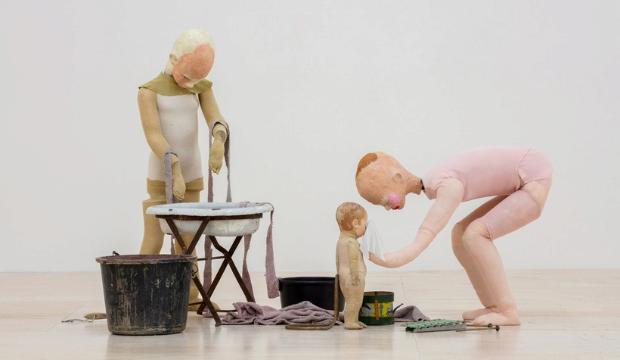 The British pavilion has a history of galvanising the international reputations of some of the UK’s biggest names, such as op-art pioneer Bridget Riley, sculptor Anish Kapoor and the tempered hell-raiser Tracy Emin, to name but a few.

This year the British Council has commissioned a solo show from Belfast born artist Cathy Wilkes, in a move that will no doubt raise her career to another level. But Wilkes is no newcomer. She was nominated for the Turner Prize in 2008 and is no stranger to the buzz of the Biennale, as she represented Scotland in 2005. Her work has been described as compassionate and tender, representing those who live on the margins – the disenfranchised and the voiceless.

Wilkes is perhaps best known for her tableaus of everyday objects, arranged into tender – if at times unsettling – juxtapositions. At this year’s pavilion she will exhibit a completely new body of work, including sculpture, installation and painting in an exhibition curated by Dr. Zoé Whitley, a curator at Tate Modern.

And look out for Wales in Venice. Sean Edwards will be representing his country at a collateral event at Santa Maria Ausiliatrice, Castello. 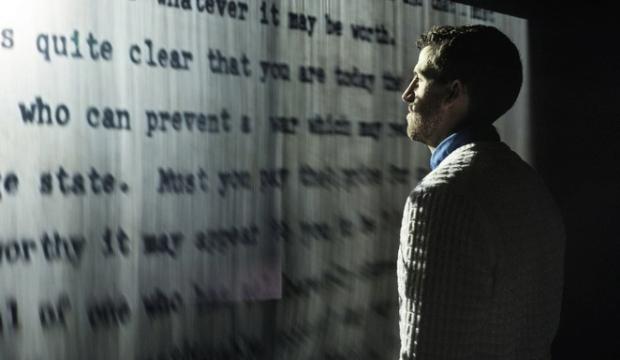 The India Pavilion is set to celebrate 150 years since the birth of Mahatma Gandhi and the continued relevance of his values with a diverse range of artists. Included in this year’s pavilion will be Atul Dodiya, whose work intertwines traditions of India and western art history in painting, sculpture and street art.

The exhibition will also include the Haripura panels, made by Nandalal Bose and commissioned by Gandhi himself for the Indian National Congress Party meeting in 1938 and a video installation by Jitish Kallat, which features a letter written from Gandhi to Hitler.

The pavilion, India’s first in eight years, will be titled Our Time for a Future Caring. 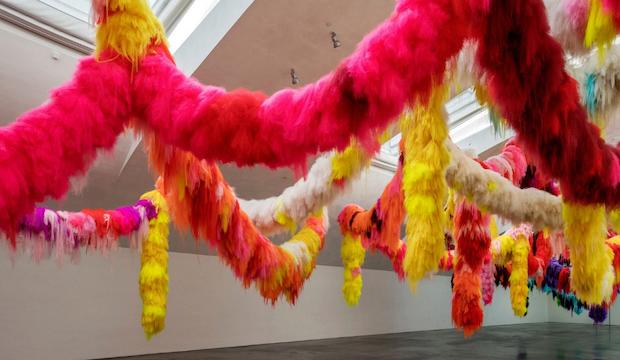 Shoplifter (the nom de plume of installation artist Hrafnhildur Arnardóttír) is set to represent Iceland this year. Shoplifter’s medium of choice is hair, real and synthetic, which she dyes bright neon colours. Iceland has great form when it comes to overhauling entire spaces at the Venice Biennale. The 2017 pavilion was transformed into a cave for trolls by artist Egill Sæbjörnsson. This year will be no exception. ‘You’ll be surrounded by hair,’ Shoplifter warns. ‘It’s going to be a cave of hair stalactites.’

You might have seen Arnardóttír’s work before. She crafted the mask of hair worn by Björk for the cover of her 2004 album Medúlla. 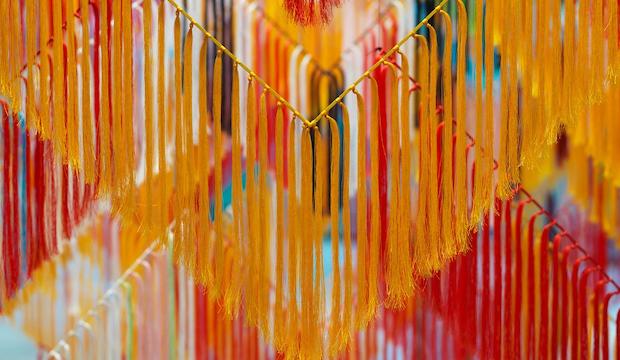 Finland’s pavilion will see the inaugural exhibition of the Miracle Worker’s Collective, an international cast of writers, filmmakers and artists including director Khadar Ahmed and activist Maryan Abdulkarim. The project will be realised through cinematic collaborations and a sculptural installation by indigenous artist Outi Pieski , exploring the nomadic trans-border existence of the Sámi people of Scandinavia. This exhibition taps into the unofficial spirit of this year’s biennale, which could easily be subtitled Artists Without Borders. 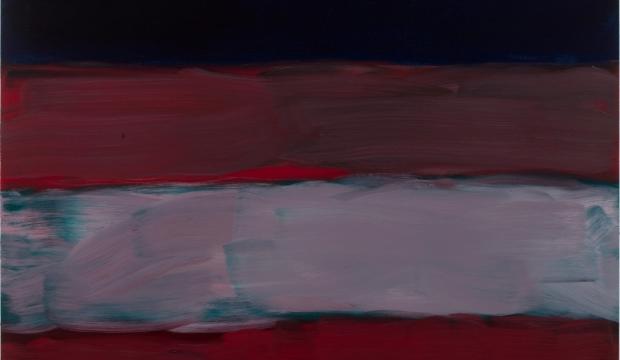 In the grand renaissance setting of the Basilica of San Giorgio Maggiore, Sean Scully will be exhibiting a new series of sculptures, paintings and drawings inspired by the building and its vast collection of illuminated manuscripts. His typically abstract paintings, which consist of rich colours layered in horizontal blocks, will grace the interior and spill out into the basilica’s gardens.

Under the grand central dome, Scully will place a new sculpture, Opulent Ascension, a piece constructed from stacked frames wrapped in a variety of different coloured felts. At 10 metres high, this will be the largest sculpture ever created by the artist.

WHERE
Basilica of San Giorgio Maggiore 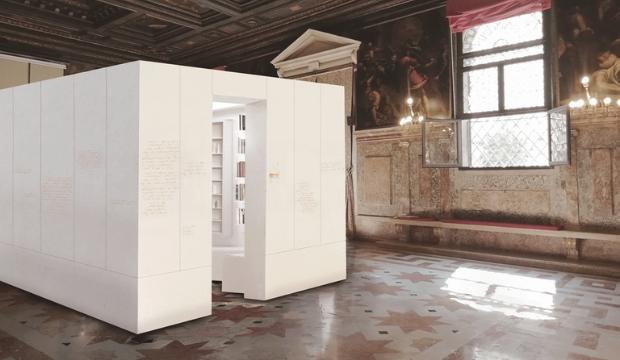 Ceramicist and author of The Hare with the Amber Eyes, Edmund de Waal, is installing a two-part exhibition in the old Jewish Ghetto based on the Psalms, what de Waal refers to as ‘the poetry of exile.’

The first instalment will go on display in a 16th century synagogue, which now forms part of the Jewish Museum in the Cannaregio district of the city. This display will consist of works of porcelain, marble and gold to be contained within 12 vitrines.

The second part of the exhibition will take place in the Aula Magna room in the Ateneo Veneto. De Waal will build a structure containing 2,000 books by exiled writers going right back to the Roman poet Ovid and ceramics inspired by the works of 16th century printer Daniel Bomberg.

WHEN
7 May – 29 September
WHERE
Jewish Museum and Ateneo Veneto 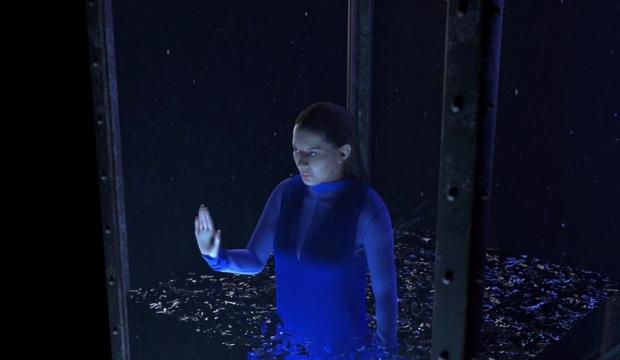 In recent years performance artist Marina Abramović has embraced virtual reality as a way to heighten the spectator’s experience. At this year’s biennale, as part of a two woman show, she will present her 2017 piece Rising, which requires observers to wear VR headsets so that they can witness a virtual version of the artist encased within a tank filling with water. The experience encourages a certain amount of audience participation and she hopes that it will force people to confront climate change. The residents of Venice, however, won’t need to be reminded about the threat of rising sea levels. 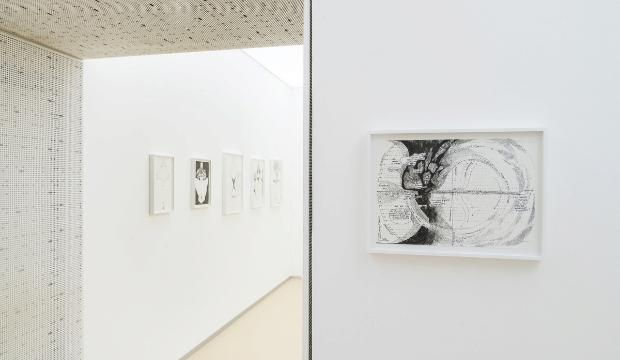 Shortlisted artists from the Future Generation Art Prize will exhibit at the Venice Biennale between 9 May and 1 August. With a selection of the finest fresh talent from across the globe, this is the perfect opportunity to glance the future of art. Lithuanian filmmaker Emilija Škarnulytė is this year's winner and among the runners up is French artist Marguerite Humeau, whose work Echoes featured in Tate Britain's Art Now series. 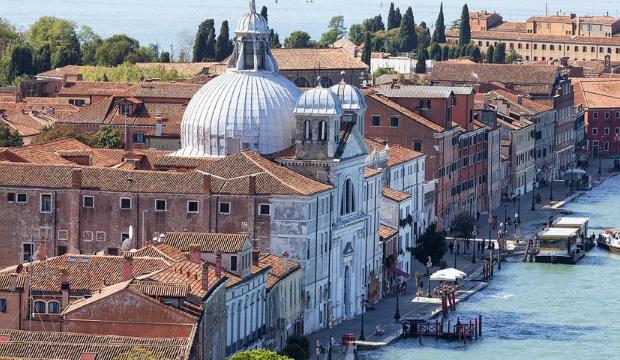 It was announced in March that the island of Giudecca will become Venice’s first permanent art district opening with 20 exhibitions and the Iceland, Estonia and Nigeria pavilions. Central to the area’s focus will be the Giudecca Art District Gallery and Garden.

In the past the island has played home to Marina Abramović’s first performance in 1976 and Ai Weiwei’s 2013 show Disposition.

The key work to look out for at Giudecca Art District’s inaugural year is a three-channel film installation that documents a journey of self-discovery, identity and migration in search of the meaning of home by October! Collective. And when all the hustle and bustle dies down and the pavilions pack up and move out, the island of Giudecca will remain opn to provide a year-round art fix for visitors to Venice. 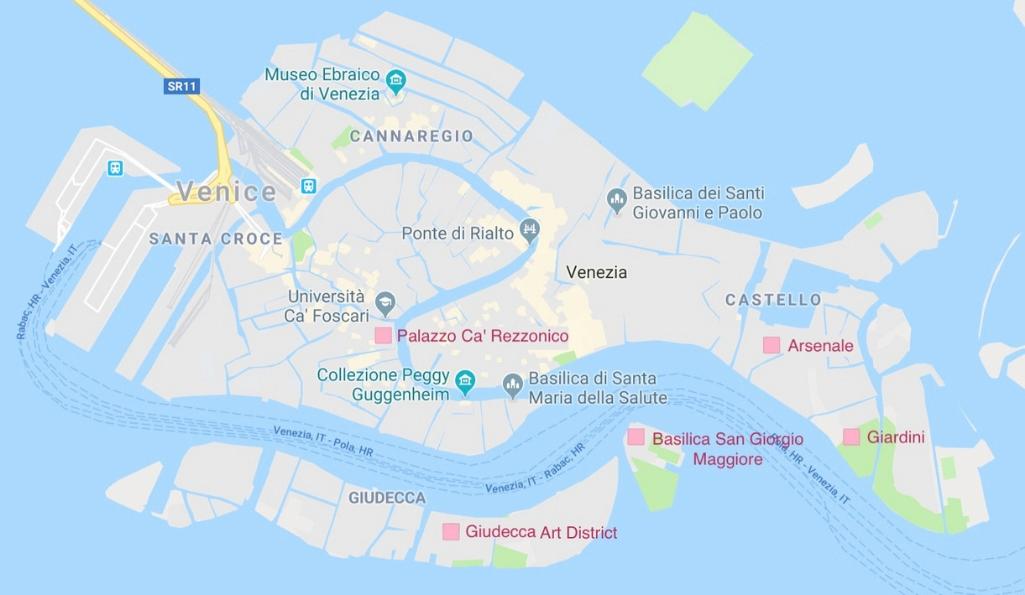