4 CW readers are interested
Marina Abramović, The Life, Serpentine Galleries Marina Abramović, The Life, Serpentine Galleries Gus Mitchell
To many, she is the face of performance art. A pioneer of the medium since the 1970s, in the past decade Abramović has attained status as one of contemporary art’s greatest superstars, bringing performance art to the forefront of exhibition programming in public institutions. Following her seminal 2010 retrospective, The Artist is Present, at the Museum of Modern Art in New York, Abramović finally brought her characteristic style of durational performance to London with 512 Hours at the Serpentine Gallery in 2014.

Now, five years after this significant career milestone, Abramović returns to the Serpentine. This time, however, the artist is not present in the conventional sense; instead she will be inhabiting the gallery in digital, rather than physical form. As part of a collaboration with UK/ US studio Tin Drum, for one week only, The Life will offer visitors the opportunity to experience an intimate encounter with the artist in a 19 minute performance mediated this through mixed reality headsets, that allow the wearer to see everything around them, as well as virtual additions.

On entering the gallery, each visitor will be given a headset and led by an attendant dressed in a lab coat to the gallery's central chamber, where Abramović's ghostly virtual presence is waiting. She moves slowly, walking in circles, her shoes tapping on the floor while an eerie humming music plays in the background. And then she disappears, seemingly into another dimension, her form dissolving into a shower of blue sparkles. But she isn’t gone; her shadow persists, moving across the floor in a spotlight and soon she rematerialises, back through the strange digital gateway. The idea is that she will never go. Long after her physical presence has left this world, her digital one will live on. This is a performance with the future in mind. 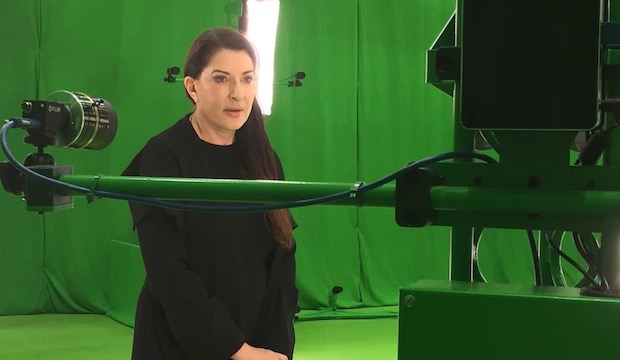 Marina Abramović undergoing the volumetric capture process that will enable her likeness to appear to visitors via mixed reality headsets. It took 36 motion cameras to capture her body in the round.

There is undoubtedly a growing trend towards augmented and virtual reality in both the gallery space and the wider sphere of performance. In The Life Abramović explores a new intersection between technology and performance, creating the first large-scale performance that uses ‘Mixed Reality’. This is essentially the merging of real and virtual worlds, where physical and digital objects co-exist and interact in real time, creating new hybrid environments.

‘This is the first time an artist has used this technology to create a performance, but this experiment is just the beginning. I hope that many other artists will follow me and continue to pioneer Mixed Reality as an art form.’ Abramović commented.

Most crucially this technology will add a new dimension to the artist’s longstanding conceptual concerns regarding notions of time and presence: ‘The fact that the project can be repeated anywhere in the world while I am not there is mind-blowing. I can be present in any spot on the planet’.

The chance to physically meet the shaman-like artist has drawn hordes of curious fans to Abramović’s previous blockbuster exhibitions, so this revolutionary new form of performance will certainly be a challenge; a litmus test for the place mixed reality in the art museum as well as for the artist’s career. The question is, can Abramović’s unique and undeniable charisma translate digitally? We can’t wait to find out.

The best of the permanent museum exhibitions, London 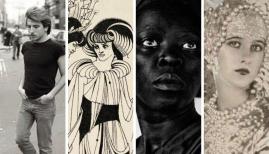 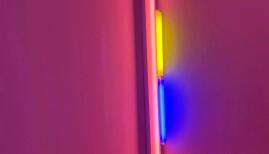