9 CW readers are interested
Anish Kapoor at Pitzhanger Manor Anish Kapoor at Pitzhanger Manor Emily Spicer
It has been three years and £3 million in the making, but John Soane's former home is reopening to the public. The famous architect both lived in and designed the manor, completed in 1804, but over the centuries it underwent a great many additions that obscured the Regency features. Now it is reopening, carefully restored with the original conservatory rebuilt to Soane's design.

The refurbished gallery, connected to the house by a newly built colonnade, is home to an exhibition by Turner Prize winning artist Anish Kapoor until August. The installations were carefully curated to complement the architectural surroundings and Soane's own use of mirrors and light, which he employed to alter the perception of space within his designs. With this in mind, Kapoor's works all have reflective surfaces that alter perspective and distort the viewer's understanding of their immediate environment.

There is a free-standing stainless steel pillar, so polished that it seems to barely exist, and a number of pieces that play with optics. These are reminiscent of the convex mirrors which, since the Renaissance, have so fascinated artists, particularly those who sought to represent an added dimension in a composition. Kapoor is the first of three artists exhibiting at Pitzhanger this year, and it is a strong start. This is a venue that promises some exciting exhibitions in the future. 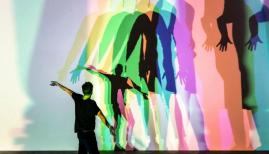