Unearthed: Photography’s Roots will present the work of 25 pioneers in the field, including William Henry Fox Talbot and Robert Mapplethorpe. There will be some lesser-known names, too, such as the gardener Charles Jones, who took striking images of the plants he worked with. These images are now hailed as innovative examples of modernist photography, but were only discovered in a trunk in Bermondsey market 20 years after his death in 1981. 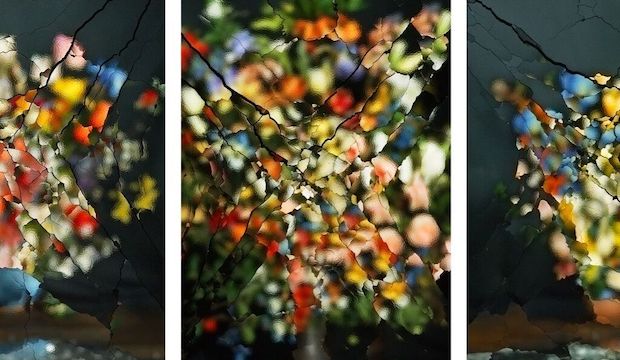 (Detail) Ori Gersht, On Reflection, 2014. Courtesy of the Artist.

The gallery’s Mausoleum, which is situated halfway through the exhibition space, will provide the setting for Ori Gersht’s work On Reflection. Gersht, who is fascinated by the still-life genre, spent months crafting silk flowers, which he arranged into intricate bouquets in his studio in front of glass mirrors. The mirrors were then shattered by an electrical charge while the reflections were filmed from different perspectives. The resulting film records the meticulous arrangements as they transform into kaleidoscopic patterns, which disintegrate before our eyes, highlighting the fragile, fleeting nature of all the subjects in this exhibition.

In combining some unusual imagery from an international cast of photographers, this show promises to be full of surprises and unexpected discoveries, even for the most avid photography fan. 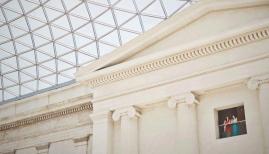