The Royal House of Windsor, Channel 4

Channel 4 has become inexplicably keen on royal documentaries, and here comes another: The Royal House of Windsor offers a detailed history of the past 100 years of the ruling dynasty.

The narrative begins around the time of the first world war. The Saxe-Coburg and Gotha family line, as the Windsors were then known, are concerned over anti-German sentiment during the Great War. King George V decides to change the family name to the quintessentially English-sounding Windsor, and then refuses the safety of asylum to his cousin, Tsar Nicholas, who was facing revolution in Russia.

This six-episode series takes us through the early years of the present Queen's life, through the second world war, her marriage and the royal tours. It's a history lesson, certainly, but also a great chance to swat up before the arrival of The Crown: Season 2 on Netflix later this year. 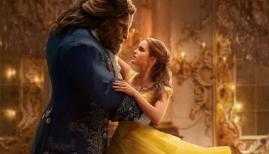 The Royal House of Windsor