What if the Nazis had won the Second World War? SS-GB comes to BBC One this February to shake us to our core

Having modernised John Le Carré’s The Night Manager last year, the BBC has given the mid-February spot to an oddly timely dramatization of Len Deighton’s 1978 novel SS-GB. Much like The Man in the High Castle: Philip K. Dick’s seminal novel and the consequent Amazon adaptation by the same name, SS-GB offers an alternate history, revolving around World War II.

As in the case of Deighton’s hitherto unfilmed novel (brought to the small screen by James Bond veterans Neal Purvis and Robert Wade) SS-GB is set in England in 1941. Winston Churchill is thought to have been executed by the Nazis, Germany won the Battle of Britain and Scotland Yard requires its top officials to be perfectly bilingual to better assist their foreign “colleagues”.

Not all hope is lost, however. There's a Resistance keeps opposing the regime, and detective Douglas Archer (Sam Riley) winds up at the centre of a moral dilemma as a murder investigation forces him to reconsider his loyalties.

Eschewing the sci-fi trappings of The Man in the High Castle, the BBC miniseries opts for a noir atmosphere. Expect (literally) shadowy meetings, psychologically murky characters, a femme fatale (Kate Bosworth) and the appropriately gruff-voiced Riley as the hardened detective who comes complete with the trademark hat and strategic lighting that frequently obscures one half of his face.

While the first hour prioritises mood over plot, the second episode picks up the pace considerably and deftly blends tones of yore and gallows humour with an intrigue-filled narrative that is bound to justify and repay repeat viewings (especially to catch all the nuances in the dialogue, delivered in two languages and with a variety of accents).

As the morally ambivalent Archer, Riley delivers a solid antiheroic performance. He is ably assisted by Bosworth, who plays the American journalist mixed up with the Resistance, and James Cosmo as Archer’s colleague Harry Woods.

That said, the real revelation, for UK audiences at least, is bound to come in the form of German actor Lars Eidinger (whom arthouse audiences might recognise from Clouds of Sils Maria) who is sublimely deranged as Oskar Huth, Archer’s Hitler-appointed supervisor. SS-GB stands before us as one of the likely best TV shows of 2017. 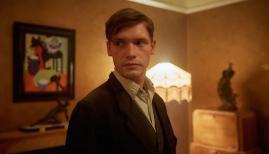 Actor Billy Howle: interview with Witness for the Prosecution star 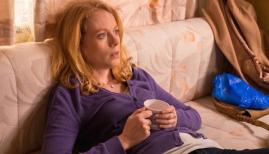