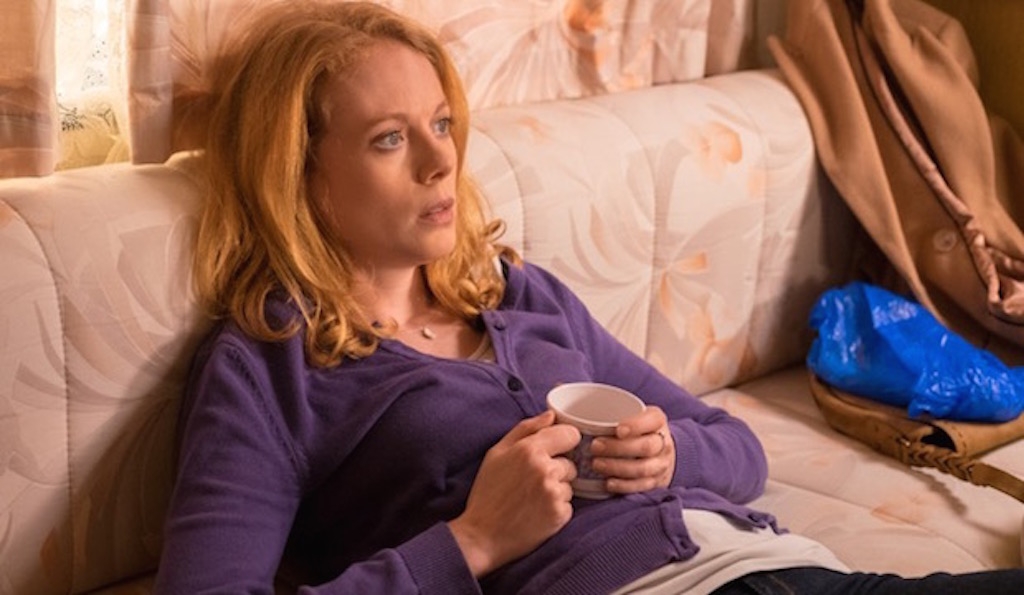 Zoe Boyle in Witless BBC3: watch now
You probably know the actress Zoe Boyle, even if you don’t know you know her. You might recognise her porcelain features and shock of bright red hair from Downton Abbey, where she played love interest and sad doormat Lavinia Swire. Just this week, you might have seen her in the new Netflix original series, Frontier: a Game of Thrones-style epic and sprawling fist fight for control over Canada’s lucrative fur trade, set in the 1700s.

If you tend to pass over period dramas and historical, mud-slinging epics for comedy, perhaps you’ll have seen Boyle in Witless, the BBC3 show that returns this week with a second season. It’s the very British show about two daft young women who find themselves banged up in witness protection. Boyle has had a turn at everything.

‘When I left drama school I was posh, innocent-looking ginger girl,’ Boyle tells me with a laugh when I congratulate her on the flurry of TV shows arriving on our screens this January. ‘I went into acting for the period dramas I grew up on and loved so much. But in the last year I’ve done Frontier – which is very grizzly and quite brutal, set in the new world [and starring Jason Momoa]. Then I came back and did a french film and then a Noel Coward play, and then I did Witless all in one year. The variation of roles was something I never expected.’

Although on the surface, Witless and Frontier seem to be very different projects indeed – ‘on set in Witless we just piss about, we’re constantly laughing. Frontier is dark, moody and grizzly and everyone is really focussed and I was like 'where are the lols?'' – both are being released as boxsets and reflect the turning tide in the way we consume TV.

‘Both shows are online. Witless will also have a terrestrial air date’, says Boyle, praying that the show will be aired after The Graham Norton show. ‘But I think this change to boxsets shows where the tide is moving. I only really watch shows online now and I think the desire to binge-watch is where we’re going. It means people can settle in and watch these big stories for hours and hours.

‘I love going to the cinema and I love films, but there’s something about a TV series which just has more time to tell a story. The fact that you can watch ten, eleven, twelve hours and delve deeply into a story is great. Stories have room to breath, and that’s really lovely as an actor. It's so nice to have that space and for the character to have a larger journey. For a long time, TV would undermine the intelligence of its audience. And then you see the success of shows like Peaky Blinders that challenge the audience, and the fact that they’re so successful means more and more good stuff is getting put on.’

Boyle comes across as smart, sparkling and very funny, so it’s a surprise to discover that Witless is the first full comedy she’s ever done. ‘It’s so much fun to do, and quite original to have two women fronting a comedy like this. It’s quite dry and it’s such a British show. The writers Joe Tucker and Lloyd Woolf write really good women. 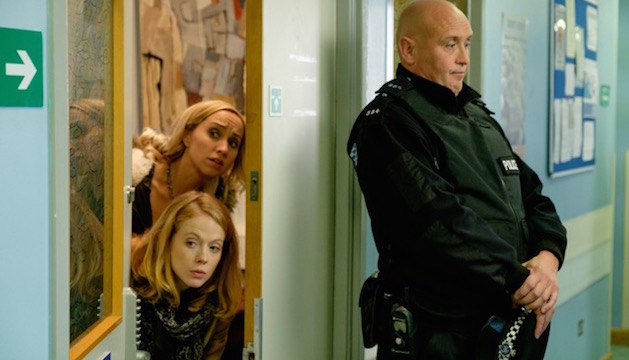 ‘This was my first job doing straight comedy, and I was really nervous about it. Kerry [Howard] has done so much comedy, and it’s a different frame of reference. You’ve to to be funny but you’ve got to be real. It’s this balance. It’s a sort of take on reality: you can’t go too heavy or deep. If you think about these girls and their situation, it’s pretty horrifying and very dramatic, so you’ve kind of got to invest in that, but the light touch keeps it funny. I’ve learnt a lot on the job. It was a real experience, and I’d love to do more of it.

Where Boyle’s character Leanne is an asthmatic, straight-laced, sensible sort, her friend Rhona (Kerry Howard) could kindly be described as having her head in the clouds. She's a straight-up blistering, blustering lunatic. It’s a combination of personalities that wouldn’t naturally be associated with female empowerment, until Boyle points out just how refreshing and unusual it is to have to have two very human, flawed, messy women fronting a comedy such as this.

‘What’s good about Witless is that fact that Rhona comes to rely on Leanne. Rhona has a gun-ho attitude that means she kinds of saves the day on several occasions even though she’s absolutely infuriating.' 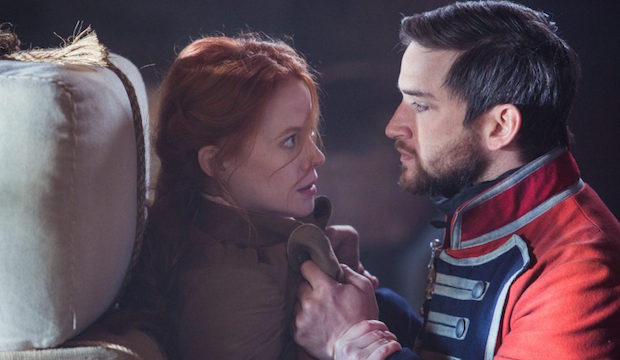 ‘I think sometimes when we look at shows and we say, 'oh yeah, that’s a feminist show and is right-on.' you need a strong female character. But actually, you can have two women and it not be an issue that they’re women. In Witless they show the many faces of what women are. Why do we have to be strong all the time in order to represent a feminist ideal? The fact is, we’re just human and it shouldn’t matter that they (Rhona and Leanne) are women. It’s totally irrelevant that it’s women in the show, and actually that’s a bigger feminist statement. Those characters could be played by men, it just so happens that they’re played by women and it’s a total non-issue.’

So what can we expect from series two? ‘I think it’s even better than series one,’ Boyle tells me. ‘the tension goes up as we’re introduced to the higher-up members of the gang. It’s really funny, but also scary. Rhona and Liane get more active and it’s faster-paced.’

No matter how fast and scary Witless Season Two is, its horror is never going to be a scratch on Frontier. ‘There are all these warring fractions fighting for control over the fur trade’ she tells me about the new Netflix drama. ‘The fur trade was huge business. Britain had control of most of the territories, and the French and Scottish and Irish and native communities were fighting over what they can.' 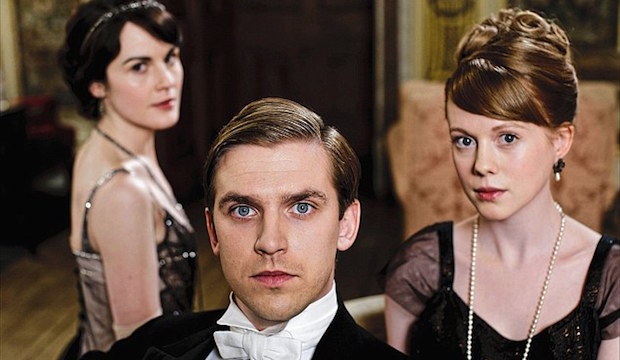 Unlike the girls in Witless, Boyle's character Grace Emberly is one tough cookie. 'My character lived in Canada most of her life and she’s a woman in a man’s world. She’s very tough and runs a pub and is kind of the centre of her Kingdom, which is Fort James, where she lives and works. She has information on everyone, she’s ambitious but has a heart.' Grace is a Scottish bartender.

How much like Game of Thrones is Frontier? ‘It’s not fantasy, it’s real, but with some artistic licence,' she says. 'It’s still fictional but the fact is it’s partly a historical drama makes some of the stories quite shocking. What’s specifically interesting about Frontier is that it’s not just told from the British perspective, you see stories told from the native community and that’s a nice edition.’

In a world where the rights of women and ethnic minorities are being threatened left, right and centre, I think we’ve found our new feminist, liberal pin-up.