Actor Billy Howle: interview with Witness for the Prosecution star

Taking a bath with Kim Cattrall, learning from Toby Jones and our love for Agatha Christie: we talk to BBC star Billy Howle 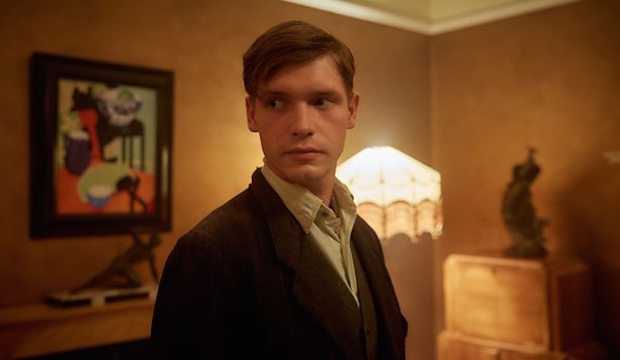 Billy Howle
He's only in his twenties, but already rising TV star and young actor Billy Howle has fulfilled the dreams of many a red-blooded young man: sharing a bathtub with Sex and the City's Kim Cattrall. And on the BBC, no less.

Witness for the Prosecution, the adaptation of Agatha Christie's short story of the same name on BBC1 this winter stars Howle and Cattrall alongside a stellar cast including Toby Jones, Andrea Riseborough and David Haig. Being in the show is something of a big deal for Howle, whose previous work includes The Sense of an Ending, The Seagull and Cider with Rosie.

Set in 1920s London, where the sexually promiscuous flapper girls run amok in their diamonds and feathers, Witness for the Prosecution tells the story of a brutal murder which has stained the plush carpets of a handsome London townhouse. Emily French (Cattrall) has been slaughtered in her own home. The young bartender, Leonard Vole (Howle) is the prime suspect, having recently been invited into her bedroom (and bath) before becoming the benefactor of her vast fortune. This, at least, is the story that French's housekeeper stands by.

Adapted by Sarah Phelps, the master-mind behind last year's critically acclaimed Agatha Christie And Then There Were None (garnering ratings of over 8 million), there were concerns that this year, the Christie instalment might be a bit... cough... racy for the BBC.

'It was a bit surreal,' Howle admits when I ask him about having a soak in front of Cattrall. 'It was my first day shooting. I hadn't met any of the crew and I'd only met Kim once in rehearsal. If I was someone else, I could have become incredibly bashful and found the whole thing awkward.'

Enthusiastic, modest and charming: Howle believes in being a bit bashful, but not too much. He doesn't revel in re-watching his own performances ('I shall hide behind a cushion' he says of watching Witness for the Prosecution with his family over Christmas) but he also thinks there's something 'potentially a bit precious' in refusing to 'learn from the experience retrospectively' by watching it back. 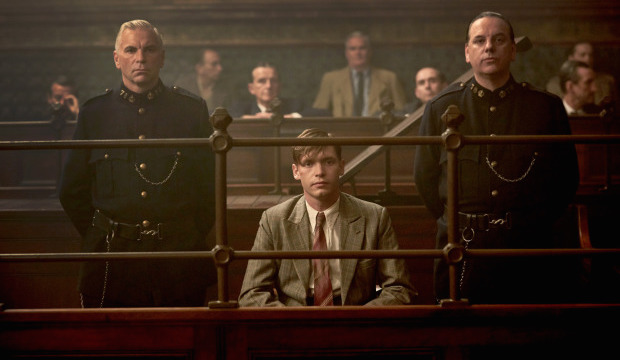 Billy Howle in Witness for the Prosecution

'Learn' could easily be Howle's personal motto. 'I always want to learn as much as I can from the people I work with,' he tells me. 'I was so blessed with this particular project. Working with Toby Jones, I discovered the notion of containing energy, putting certain energies to good use in the best possible way. There's a certain economy and efficiency in Toby's work which I've always admired from afar, and to actually work with him, and take a few leaves out of his book, was such a blessing and privilege.

The whole production team -- from director Julian Jarrold (also responsible for The Crown) to the cinematographer and lighting teams -- get praises heaped upon them by Howle. 'Julian was very intelligent, sensitive and kind and generous,' he says, 'and made for a very nurturing environment. It [the storyline] includes some quite extreme circumstances and it can get pretty dark.'

That supportive environment allowed Howle to both explore the dark interior of his character Leonard Vole: 'a damaged soul, a hungry young person who was promised something by the powers that be', to that bath scene, 'you have to be careful with the product you sign yourself up to. I've spoken to other actors far more seasoned than my self who made a mistake early on in their careers who now feel regret.'

With or without a hot bath scene, it seems amazing that after all this time the British public still can't get enough of Agatha Christie. The success of these particular BBC adaptations, Howle suggests, can be put down not just to Christie but also to the screen writer. 'Sarah has a fairly new found fascination with Agatha Christie', he says. '[she understands] what Christie was trying to say at the time, but was unable to because of censorship. There's an undertone of something much darker in Christie's work, and I think that's what Sarah Phelps has drawn upon in both Witness for the Prosecution and And Then There Were None'.

But it isn't just the darkness that Philips has found lurking between Christie's straight-laced lines. We Brits are all obsessed with every kind of murder mystery. 'Scandi dramas, crime thrillers and murder mysteries do seem to permeate our culture white a lot, even in a doc-realistic way, like Making a Murderer,' he adds. 'Sarah writes very three dimensional people. Everyone is flawed and she hasn't written this binary polemic argument about good vs evil, it's a lot more complex than that.

'I think the reason people find that so fascinating is to do with the potential in adverse circumstances that could drive someone to do something heinous or horrific. There's no formula or surefire way of telling what drives people.' Plus, he adds, murder mysteries give families the chance to sit on their armchairs and play detective with their neighbours, like a visual game of cluedo. This might be much less important, in an artistic sense, than searching your own soul for murderess intent, but makes for a much nicer way to spend Christmas.

Witness for the Prosecution is on BBC iPlayer now