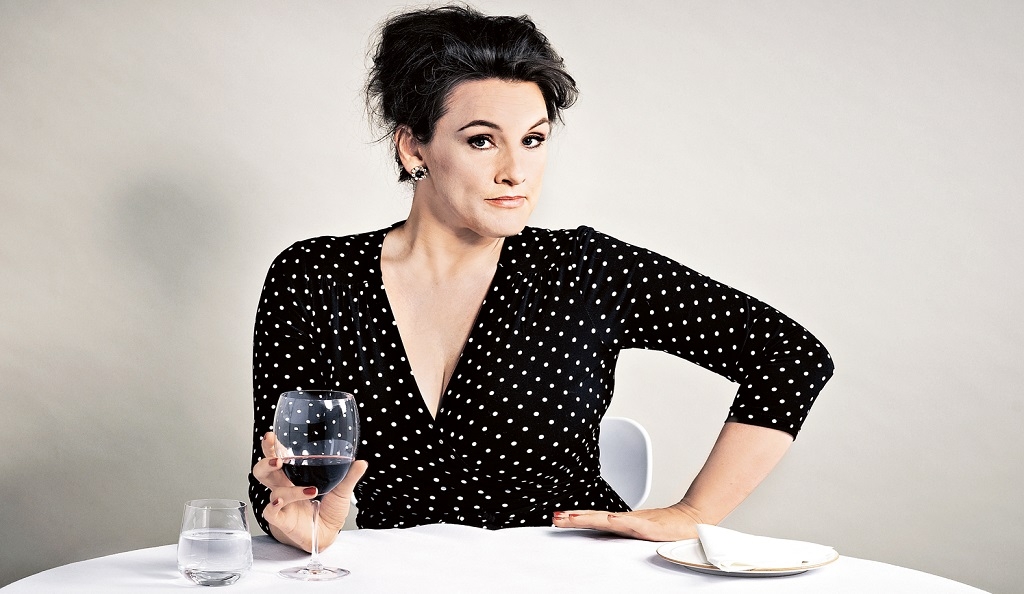 Interview, Grace Dent: “I do this job on behalf of the reader... London rips people off"
Grace Dent – in our minds – is patrolling Marylebone for new restaurants at all times. Armed with a reporters’ notebook, wry smile and appetite (for a story), her bundles of hair are viewable for miles as she breezes past shaky-kneed restaurateurs, and through Michelin-starred meals with hole-in-one efficiency.

So we are surprised when Dent, the Evening Standard's ferociously acerbic restaurant critic, tells us she's at her family home in Cumbria when we speak. She’s on one of two self-enforced monthly breaks from London, and Dent is at her most serious when she tells us to “be aware and get out” of London from time to time, especially in the winter months. When not on enforced breaks, she's on standby for best new food openings in the capital.

Technically out-of-office, Dent is straying from her downtime to chat to Culture Whisper about a high profile talk at Brasserie Zédel on November 28th. The eponymous ‘Live at’ event is a conversation between Dent and restaurateur Russell Norman about the state of the capital’s restaurant scene – a topic Dent can naturally riff on for hours. 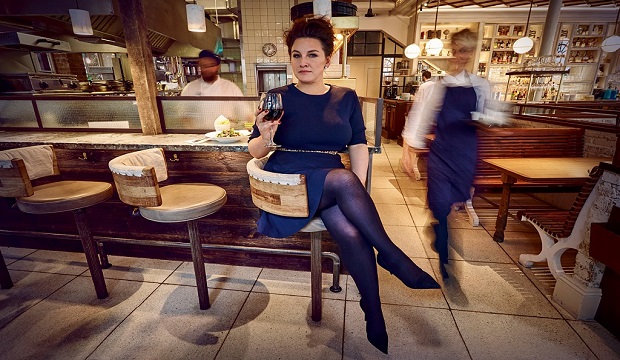 And riff she does. Some 50 minutes later and Dent still has plenty to say about latest restaurant trends, London rip-off and places to be seen – about this, that and the other. In total, we work out that we talk for longer than her Live at Zédel event is billed to run for.

There are many similarities between Grace in real life, and Grace in Grace and Flavour, the writer’s weekly column for the ES Magazine. Delightfully upbeat and committed to flourishing conversation, Dent’s addictively killer combination of charming and acerbic is as rife on the phone as it is in print.

But on the phone, other qualities surface that you wouldn't guess. Like how personable and generous Dent is (a journalist herself, Dent asks Culture Whisper questions as we do her).

I ring the day after the US Election, when Dent (along with the western world) was in denial about the news. Laughing nervously, she immediately drops a line we’d expect in print:

"He's like Kanye West – he shouldn't have his own Twitter. There should be a group of people that go to his house, take his laptop, take his chargers and just hide them all."

Though she’s (probably) joking, Dent's sobering logic is a killer quality that pervades in her writing, as much about Trump as about food.

Naturally, for the lion's share of our conversation we discuss food trends in need of an M.O.T or, in the case of the capital’s current fixation on Korean bao buns, a damn good scrapping. 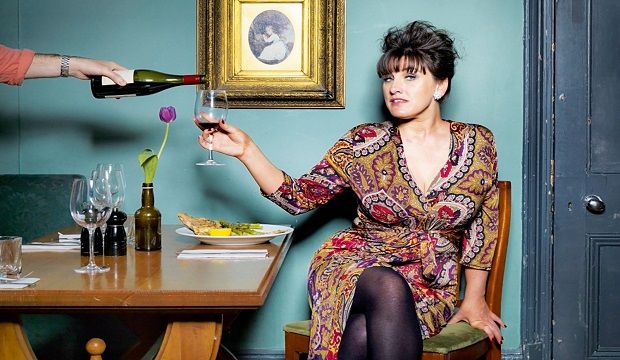 As is typical of Dent’s appraisals, she assesses the value of bao buns for Londoners in general – and not just their value for dinner.

“I think there is a maximum amount of joy that can be had out of a fluffy white bun with some pork in it. I think it’s actually quite a sad sight, to see all these men standing by themselves at 11.25am, waiting at Bao. A lot of it is laziness. I think there's probably 20 or 30 places that you could go.”

The steamed bun trend may deflate faster than the pillow-soft buns themselves, but Dent is first to admit that they’re delicious.

It’s rather less innocent, then, when lazy restaurateurs cipher trends to make money. If you read Grace and Flavour, you’ll notice that this is happening in the world of Middle Eastern food and she’s on the case.

“I think that Yosma was the symbol of how restaurateurs have seen the trend for foodies taking to places like Berber & Q and The Barbary. They’re taking Middle Eastern food and taking it very seriously. Which we should, because there's so much more to it than the British have given it credit for.”

“But I suppose when I saw Yosma I thought this is the next stage – where Middle Eastern food turns into really bad food. People go “Oh look we can do aubergine too!” and you're getting the same old crap that tastes like it's scraped out of a Sainsbury’s plastic carton."

Dent's tone has an urgency about it, designed, she says, to steer her readers away from not only fads but ludicrous rip-offs, which are heaving from every corner of our capital. Dent remembers Kanada Ya on the Haymarket. 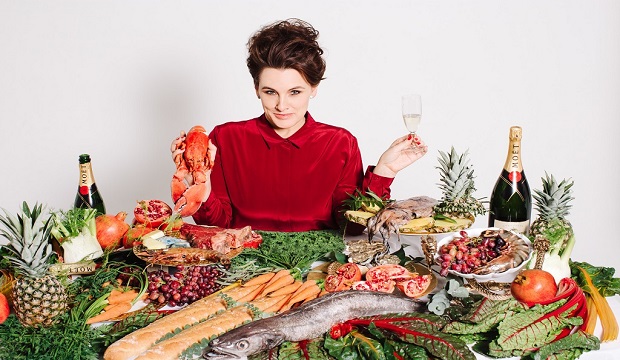 “I went there and I thought: 'You are actually taking the piss'. I went to the loo and on the bottom floor was all of the staff's coats and bags all over the floor. I stepped over them and went to the back and the loo was some roughly hammered together MDF board from B&Q. I opened the door and went in and the loo was dirty..."

£65 and two bowls of "completely unmemorable" ramen later and the whole experience is, to Dent, "fundamentally wrong" - the tragedy of initial hype.

“People following blindly, down to Instagram influencers. I could talk endlessly about this. It manifests itself in some places like the emperor's new clothes, and nobody dares to say it’s not great.”

So with best intention to boot, the obvious question is how to whittle down her list of new places to go, with some 270 restaurants on average opening a year, and only 52 columns for review.

“For me, if the paint's still drying and they've hardly got the wrappers of the cooker, I'm probably not going to review."

That's the difference between what I do and what the very very good and very successful Instagrammers do. I go in a month later, incognito and try and see how they're dealing with things then.”

Is there a sure-fire way to five stars?

“My biggest tip would be to work out the thing you're doing, and do that – and do it really well. Which sounds incredibly simple! But I go to places all the time and often the concept that they've decided to do is often completely lost."

The whole concept of a concept restaurant is another of her pet hates: "Why is someone still trying to open a chips restaurant in Covent Garden?” she deplores.

Dent sounds fully perplexed but she's on a roll. “Seawater pizza? Who rubs their belly when they hear about this?”

But Dent is an optimist really and with that we’re treated to a blistering round-up of places she would return to again and again – and she's back to column-inch territory.

There are the Jikonis of this world, (“You’d love the scotch eggs!”), and wine shops like Noble Rot, which Dent finds interesting for serving surprisingly good food as well as fine wine: “on paper they don’t seem like places to go for dinner…”.

During our hour with Dent, it becomes clear that her obsession with finding exquisite new restaurants dances to its own tune. Her particular interest in hospitality is connecting the dots between well-intentioned restaurateur and enthusiastic restaurant fan. We ask her why she writes.

"I do this job on behalf of the reader."

"I do it for every single person who has a birthday, an anniversary, a mum coming to town, a client they need to impress. Scrap the client, that's business budget. I do it for birthdays, anniversaries, people trying to patch their marriages up. They've got a budget – £150, maybe £200. It’s a lot of money and they’re going to spend that maybe three times a year on a nice dinner."

“And I can’t go into places and see the things I do and with a good heart – because I know the PR – I can’t let my readers waste their money like that because that breaks my heart."

“Before I was a restaurant critic, I used to come home so many nights furious about terrible cooking, bad will from the staff, bad hospitality, and I think that London rips people off. And London’s very good at just robbing money off people.”

“I sometimes wish I could sit with a judges’ wig and a gavel, just telling people not to open these bloody restaurants.'

Grace Dent is in conversation with Russell Normal at Brasserie Zedel on November 30th, tickets are available here