3 CW readers are interested
BAO Fitzrovia BAO Fitzrovia Alex Larman
If you've visited the original BAO restaurant, on Soho's Lexington Street, you'll have noticed that a queue starts forming even before it opens at 12pm. This is because their small steamed milk buns have become one of the city's most iconic dishes, attracting critical acclaim and social media frenzy for their delicious fillings and inexpensive prices.

Supply always equals demand, so it should come as no surprise that their next opening in Fitzrovia is following the same successful formula. Expect a few twists though; not only is the restaurant twice the size at nearly 50 covers, but there's going to be a greater emphasis on Taiwanese sharing dishes such as ox heart with Sichuan dressing and crab in rice broth, as well as snacks like crispy bird's feet with hot sauce and oysters with green chilli pickle. However, it's still going to be no-reservations, so expect queues anyway. It'll be worth it in the end.

One of the highlights of the BAO in Soho was its drinks list, with everything from sake to carefully curated craft beers. Here, there's a wider range of wines and champagne, as well as a cocktail menu. Frankly you'll need something strong just to survive the queuing – but once inside, it will be a treat. 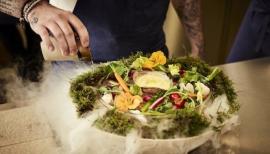 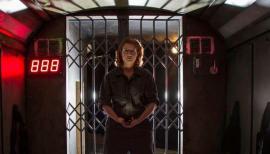