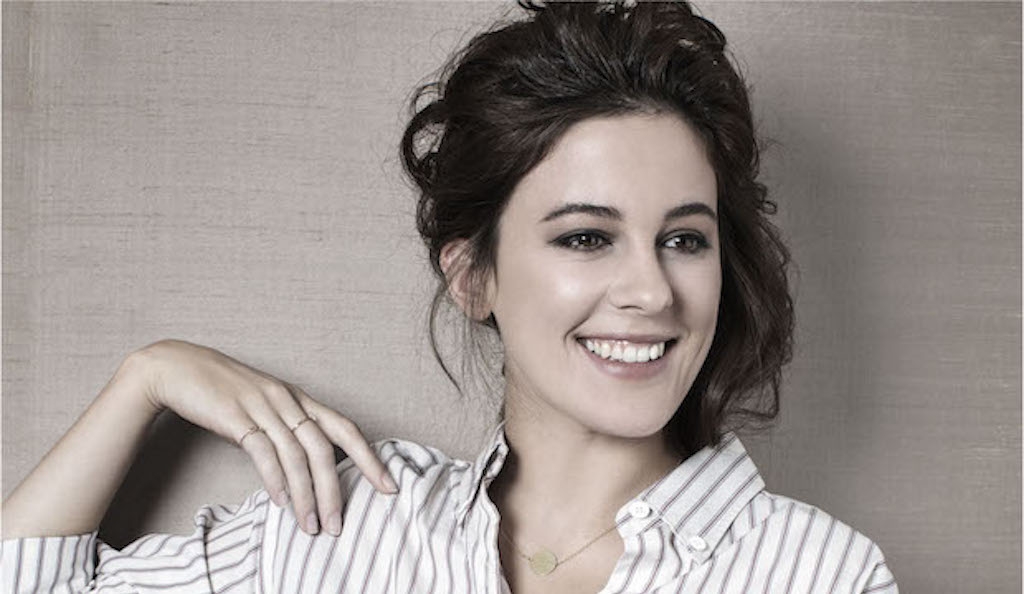 Phoebe Fox actress
Close to the Enemy, the post-war thriller currently on BBC2, divided its critics when the first episode aired in November. Stephen Poliakoff's quirky direction was loved by many and hated by many more on the twitterverse. Among fans of Poliakoff's direction is the young actress Phoebe Fox, who stars as in the show as the young Nazi hunter Kathy Griffiths.

'Its a heightened version of characters', explains the 29-year-old British actress, ' the way that they speak, their surroundings, the things they wear.... You expect it to be like every other period drama but its really its own thing. He [Poliakoff] is like an abstract painter, he hasn't changed his style ever, he won't bow to trends and I admire that.' 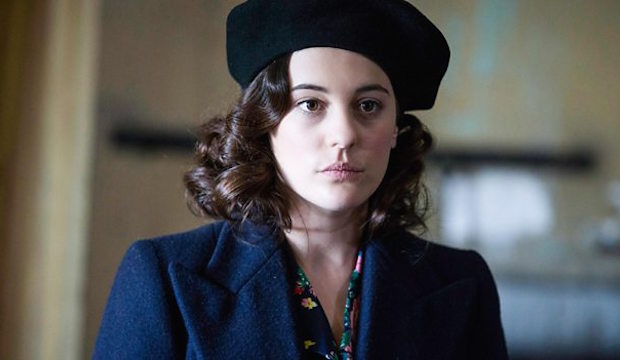 Phoebe Fox in Close to the Enemy

Just like Poliakoff, Fox is very much her own thing. Underwhelmed by the big starry fame of Hollywood, her love is predominantly for the theatre. In the six years since graduating from Rada, Fox has starred on the stage of the London's Royal Court and the National; in A View from the Bridge at the Young Vic; in the challenging TV show Charlie Brooker's Black Mirror; opposite Benedict Cumberbatch in the The Hollow Crown and back on BBC in NW, the Zadie smith adaptation we fell in love with this winter. In the new year she'll be starring as Olivia in Twelfth Night at The National.

Back in November, Fox was simultaneously on the BBC in Close to the Enemy and NW at the same time which must have been a weird experience. 'You worry people will get really sick of seeing your face', Fox says with a giggle, a thing she describes as something of a 'champaign problem'. 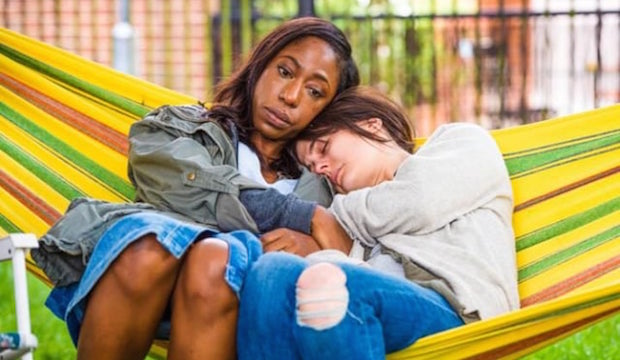 Phoebe Fox in NW on BBC

As much as Fox admires Poliakoff -- for his brave style choices, his love of storytelling and his refusal to bow to the changeable winds of fashions -- Fox's heart has been captured by the character of Leah in scriptwriter Rachel Bennette's adaptation of Zadie Smith's novel by the same name: NW.

'It's very loyal to the book but at the same time it's completely it's own piece,' she says. 'The book is inspiration for the TV programme and feels like its its own thing. It's really nice to play something a little closer to myself.'

Named NW after the area in North West London where Zadie Smith grew up, Bennette's adaptation (on BBC iplayer now) tells the story of Leah and Natalie, two childhood friends trying to make lives for themselves outside of the working-class estate where they were born. Where Natalie is inspired by the depravations around her to go Cambridge and escape a childhood marred by surrounding drugs, gang warfare and domestic abuse, Leah is compelled to offer help to those less fortunate. The cracks in their friendship leave her battling the issues of her fertility, the societal expectations to have kids, alone. It's incredibly refreshing to see real women and their issues portrayed like this.

'Women in TV have a long way to go,' Fox says. 'One of the reasons I was drawn to her [Leah] is I recognise her problems and the crises she's going through as something very real. I was reading a scathing review from a right-wing magazine about how disgusting it was that she doesn't want to have kids because she doesn't want to see them grow up while she grows old and dies. I said "f***k you", I've admitted that to my friends, I remember once saying how difficult to see someone who looks like me grow up and blossom.'

Smith, I think, would be thrilled to hear someone discussing her characters in these terms. 'The view of women is so twisted, we're this sort of sex objects until we become mothers and then we're carers, and then people forget about us and we slip off and die. Women's issues aren't fully explored very often and in NW what you're faced with is a woman who just doesn't want to have kids, and that's ok, we should be having those conversations.

'Since you're a young kid through advertising and books its fed into you that your life trajectory is to get married and have babies. It can be really hard for women to admit they're physically capable to have children, they just don't want them. It's fantastic to talk about that.'

NW provides not just a commentary on London life, but also explores how dysfunctional female relationships can be. A little like the Eleonore Ferrante novels, NW provides a rare window into how women lie and fight with one another. 'The comparison is right', Fox agrees.

'Women can tear strips off each other and be quite mean to their best friends. They have that ability and duality to hate their friends and also be their biggest champion. None of the women in NW are sex objects and actually their romantic relationships are a byproduct of their storylines, which is about women who struggle with their own identity. How often can you say that in a blurb?'

How often, indeed. Close to the Enemy's Kathy, Fox argues, offers something of this refreshing feminism through the absence of a romantic storyline. 'She doesn't have a love story at all and I just thought, "yeah' that's it!" I want the characters to be driven by something else.'

Greatest meal you’ve ever had in London? Memories of India, Osterley

What have you seen and loved recently? I saw Harry Potter and The Cursed Child, and it was everything I wanted it to be!

Best place for a first date? Spaniards Inn, followed by a walk on the Heath.

Where were you seen this month? Probably at Harry Potter...

What will you be watching on TV between now and January? The Young Pope, Planet Earth II

Close to the Enemy